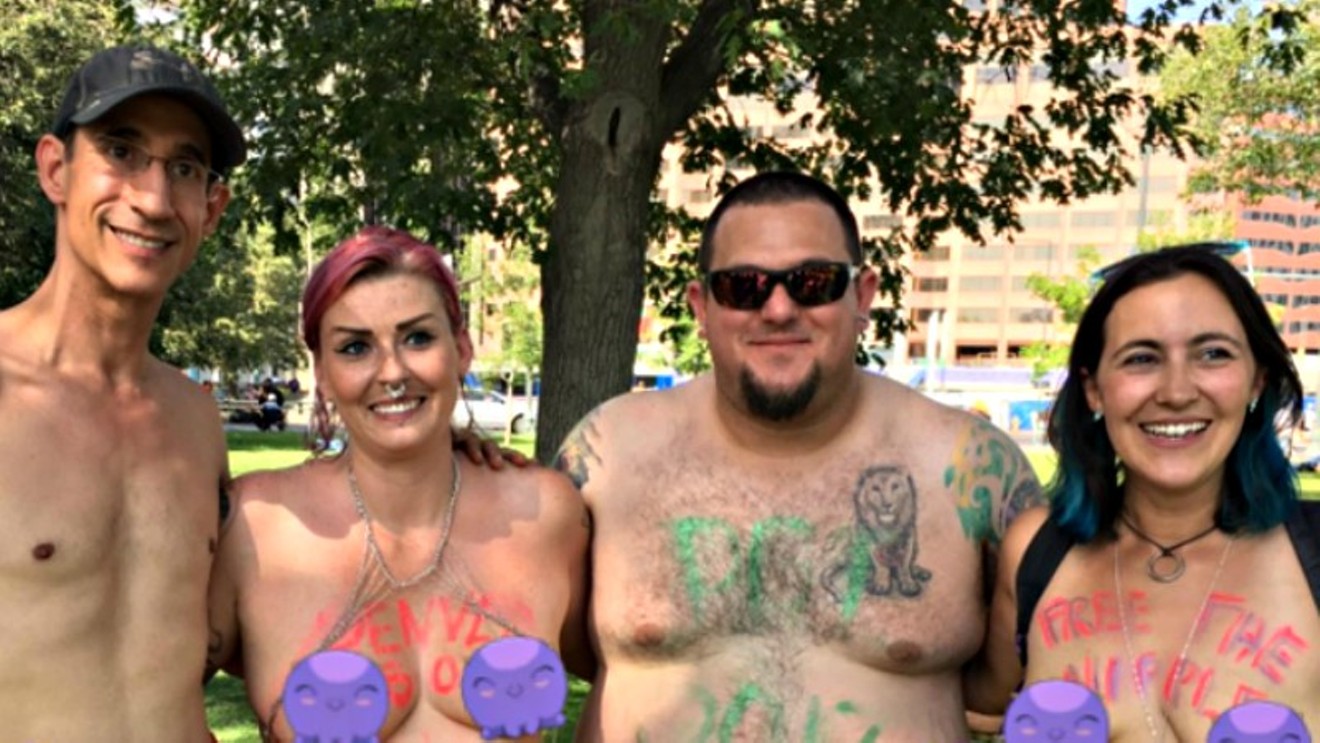 Matt Wilson and Mia Jean, left, join other participants at Denver Go Topless Day 2017. Facebook
Organizers of Denver Go Topless Day 2017, which took place August 26 in downtown Denver, call the event a rousing success. The number of participants was estimated at more than 1,000, and no reports of negative interactions from folks on the 16th Street Mall and Civic Center Park have surfaced at this writing. Moreover, the Denver event is making its mark internationally, as it was highlighted by GoTopless.org alongside similar gatherings that took place simultaneously across the globe.

Matt Wilson and Mia Jean, who have combined forces to assemble the gathering over the past few years, stress the political aspects of Denver Go Topless Day, which celebrates equality and demonstrates against the idea that it's okay for men to appear topless in public but either distasteful or (in some locations) illegal for women to do likewise.

The following graphic shared by Wilson on Saturday underscores that point: 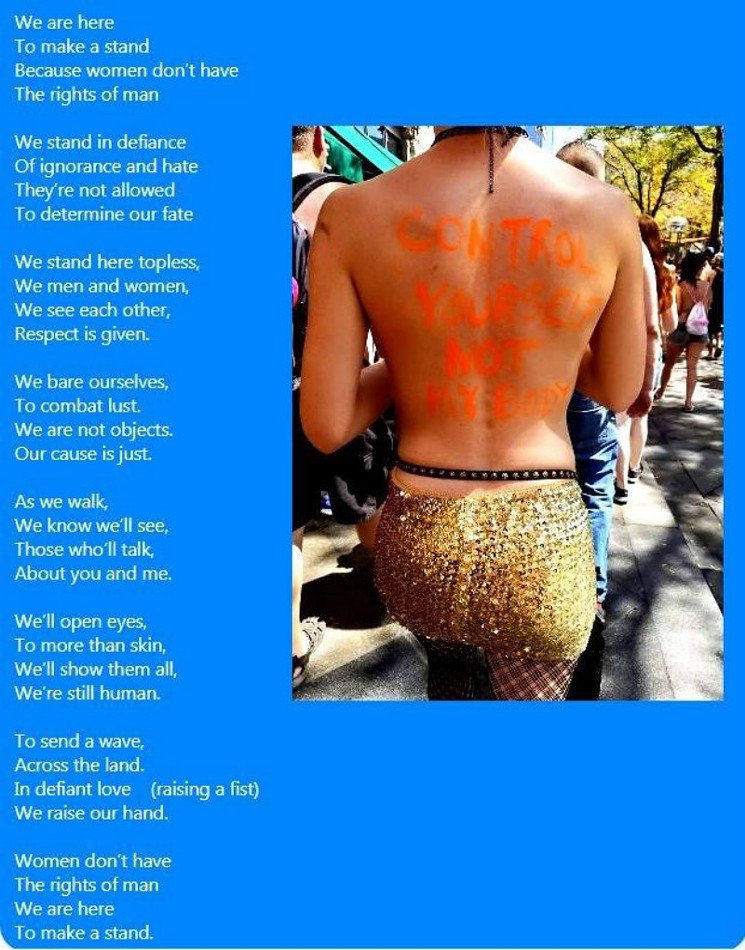 
We are coming through and out of a shaming society, where we are criticized if we're not successful, made ugly if we don't have the perfect body, and people in the low income bracket are considered stupid and the disabled are seen as a sub-human life form mutant rejects of some sort incapable of achieving any success and therefore rejected. Sad, huh?

I want to be a part of a culture that doesn't shame or make anyone feel small and that acknowledges all the small unseen courageous wins, that are really big and recognize the true life achievers...us. All of us are fricken Champions just for being born into an unpredictable place with great challenges ahead and we're still standing. Getting up every morning and making the effort to get through another day no matter what it takes is success....and that makes us all heroes!

As always, the Denver Go Topless Day paraders posed for a group photo in front of the State Capitol. This year's edition....

Facebook
...was shared on the GoTopless.org Facebook page, as were a handful of photos from rallies in the United States and beyond.

Facebook
...as well as this video from New York City:


Likewise, Denverities who took part in Go Topless Day shared photos intended to offer a sense of the event without running afoul of Facebook policies. Here's an example: 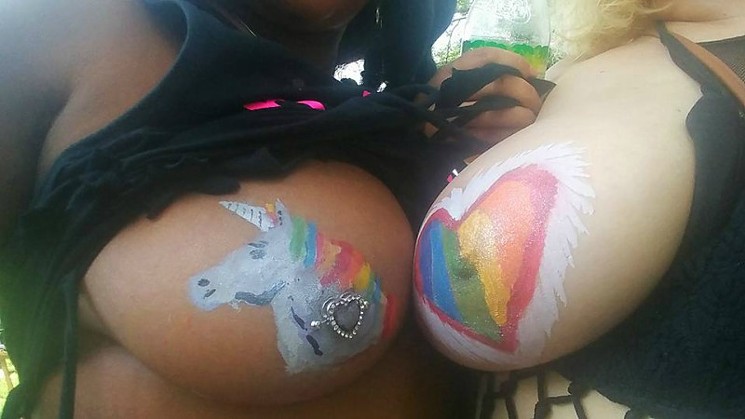 Facebook
Wilson sums up the event like so: "In recent years, the Denver GoTopless Day parade has shown that men and women can practice topless equality without the objectification or assaults that critics are so afraid of. We are very clear that this is a social-activist issue and not a Mardi Gras, and public response has been incredibly respectful and supportive."

He adds that "culture change is a huge mountain. There will be naysayers who scorn and scoff at the size of our task, same as when men fought for the right to be topless in public less than a century ago. That battle was won; this one is ongoing. Join us."