Social Impact Bond participants got into stable housing after years of living on the street or in shelters. YouTube
A new study by the Urban Institute shows that Denver scored big with a "housing first" program that ran from 2016 through 2020.

"The Social Impact Bond was a remarkable success," says Sarah Gillespie, associate vice president of metropolitan housing and communities policy at the Urban Institute, a Washington, D.C.-based think tank that focuses on economic and social policy research. "What we think this shows is that if you’re offering supportive housing from a housing-first approach, the vast majority of people are going to take it up and stay."

Under the Denver Social Impact Bond program, private organizations handed over $8.6 million to service providers to fund a supportive housing initiative, with the promise that the City of Denver would repay (and then some) the organizations if positive results were generated. The program focused on getting housing and providing wraparound services for people experiencing chronic homelessness, individuals who "have been experiencing homelessness for at least one year and have a disability — a physical or mental disability, a substance use disorder, or some combination of those," according to the study.

The Colorado Coalition for the Homeless and the Mental Health Center of Denver housed 365 people as part of the Denver Social Impact Bond program. Many lived in buildings owned by the two organizations, while others used vouchers to stay in units owned by other landlords.

"Of all the people that the service providers reached out to, 79 percent ended up moving into housing," Gillespie says. "That kind of dispels the false narrative around homelessness being a choice." 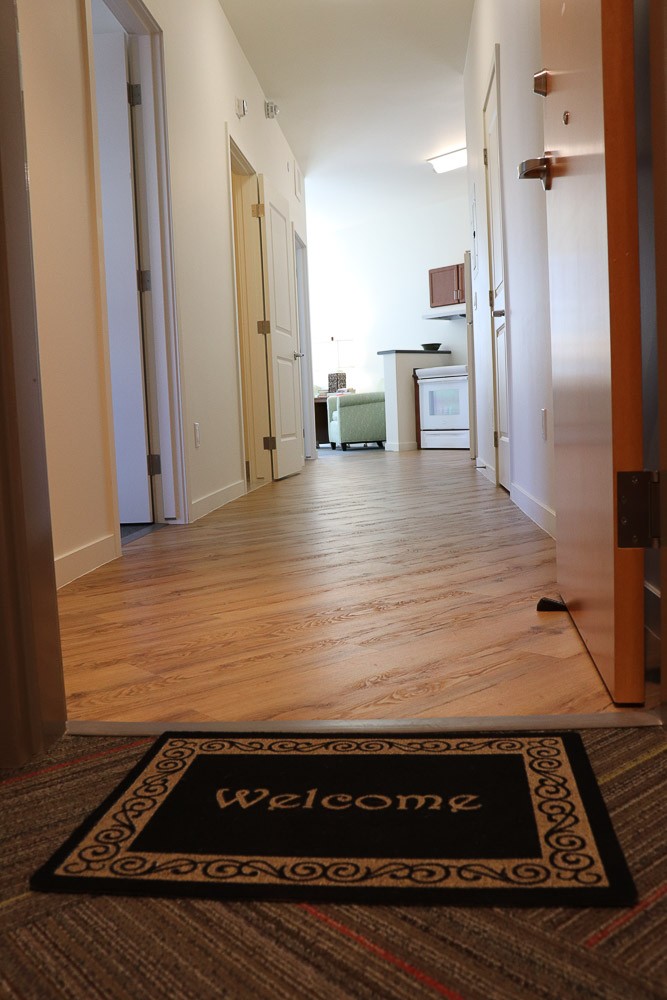 Social Impact Bond participants stayed in apartments like this one at the Colorado Coalition for the Homeless's Renaissance Downtown Lofts.
Courtesy of Colorado Coalition for the Homeless
The Urban Institute, partnering with the Evaluation Center at the University of Colorado Denver, tracked progress through a randomized control trial of 724 eligible candidates — people with "eight or more arrests over three years, including at least three arrests in which the individual was marked as transient, meaning they had no permanent address at the time of the police contact " — of which 363 were in the program.

With low barriers to entry — participants didn't have to be sober or working — success rates were high, and the city wound up paying back the $8.6 million loaned by private organizations, as well as an additional $1 million.

Of those who participated in the program, 77 percent stayed in housing after three years. Another 12 percent passed away, which generally tracked with the control group. "We wouldn’t say it’s surprising," Gillespie says. "I think what it does is reflect the [Social Impact Bond] really targeted the most vulnerable residents in Denver."

Those program participants who weren't in housing stayed in shelters for fewer days than members of the control group. "Qualitatively, Denver [Social Impact Bond] service providers reported that some participants may have continued to use shelters while they were connecting and engaging with providers and considering the offer of supportive housing," the study notes. "They may also have visited shelters to reconnect with their communities before or after moving into Denver SIB housing."

"The Denver [Social Impact Bond] demonstrated that with the offer of housing first and the right supports, people can exit homelessness and remain housed, even after living on the streets or in shelters for years and grappling with mental health and substance-use challenges," the authors of the study conclude.

The study shows "that people want housing and they will follow the path and get that housing, and they do better once they’re housed," says Britta Fisher, head of Denver's Department of Housing Stability (HOST).

"What I appreciate about this study is that it quantifies and proves out several things that we’ve known — that this cycle of in and out of jail, detox and emergency care really costs a lot of money to the city, to our taxpayers and to our systems, and it also shows that housing plus services, supportive housing, is a better investment," she continues. "It has good value and it has good outcomes that are good for the people involved."

The city needs to do more of this type of investment, Fisher says, and several projects are already under way.

"HOST is currently providing financing toward four supportive-housing projects that are under construction in the downtown area and East Colfax," says Derek Woodbury, a spokesperson for the department. "These projects will deliver an additional 254 units. The HOST investment is $12.39 million."

The study's results were released at an Urban Institute event with Denver officials on July 15. "The reason we feel confident calling it a remarkable success is because it is the most rigorous methods we can use," notes Gillespie. "We like to call that out because not many local governments go for the randomized control trial."
KEEP WESTWORD FREE... Since we started Westword, it has been defined as the free, independent voice of Denver, and we'd like to keep it that way. With local media under siege, it's more important than ever for us to rally support behind funding our local journalism. You can help by participating in our "I Support" program, allowing us to keep offering readers access to our incisive coverage of local news, food and culture with no paywalls.
Make a one-time donation today for as little as $1.