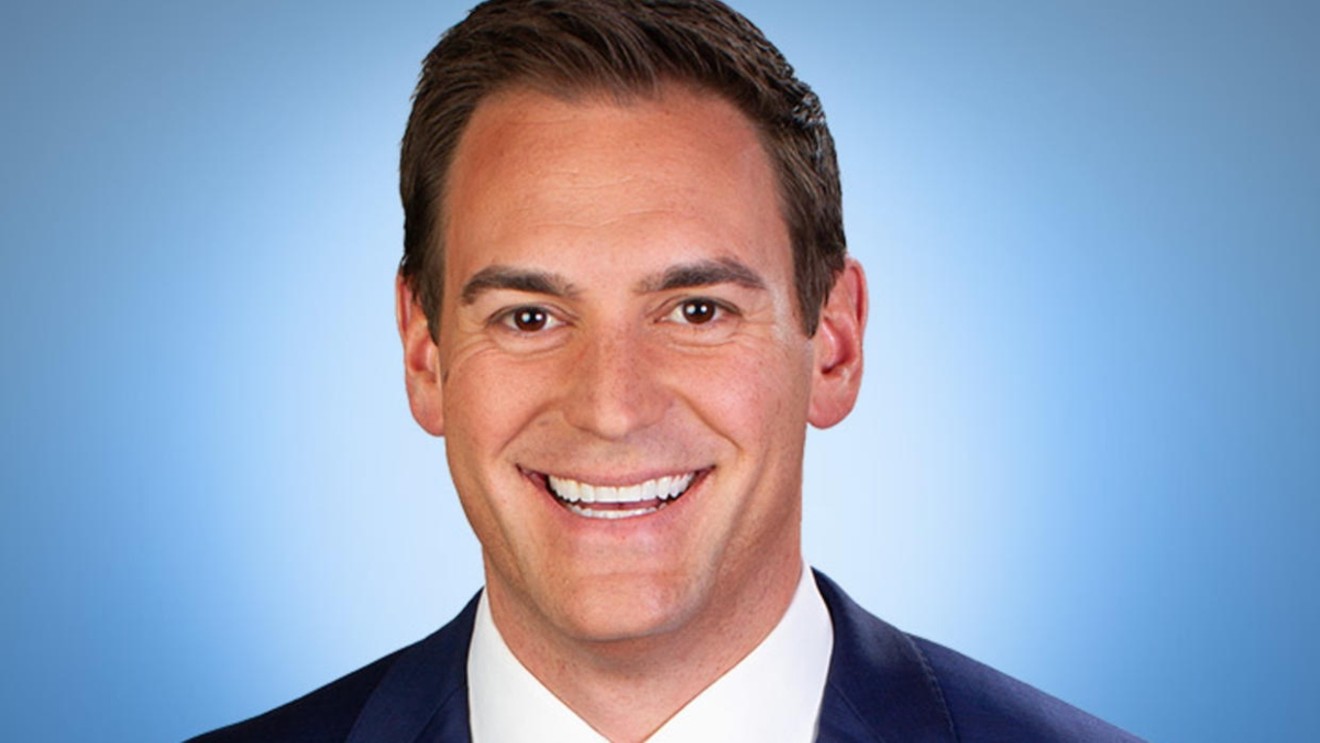 Not long ago, news anchors at Denver television outlets were among the biggest stars in town. And while a little thing called the internet has radically altered the media landscape in the Mile High City, the folks in these positions remain the faces of their still-powerful stations, and they don't leave the gigs very often. Anne Trujillo took over as Denver7's prime-time news dispenser in 1999, fifteen years after becoming a staffer. Jeremy Hubbard stepped into the weekday spotlight for Fox31 in 2011. Kim Christiansen was hired by 9News in 1985 and took over Adele Arakawa's chair at the big desk in 2017. And Jim Benemann began regularly co-hosting CBS4 Denver's most prominent news programs in 2003.

Now, Michael Spencer, who's led CBS4 Denver's sports coverage since 2016, is set to join this exclusive club. Following Benemann's retirement in March, he'll team up with Karen Leigh, who came aboard in 2008. His goals for the new gig include figuring out how to get his work in front of as many news consumers as possible now that they don't all line up at the same times.

"There's no more appointment viewing in broadcasting," he concedes. "Today we go to viewers on Twitter and Facebook, which is a huge driver for getting people to our website. We also have a 24-hour streaming service, so people can get the news when it's convenient to them. It's no longer, 'Hey, it's five o'clock. Let's turn on Channel 4' — which isn't even on Channel 4 anymore for most of them."

Spencer tries to treat those who actually catch the broadcast live the old-fashioned way and the crowd checking out the material piecemeal on their phone in the same manner. "I don't view them as two different audiences. I just think people are getting their news in different ways," he says. But he also understands that reaching people who rely on their phones requires a presence on social media — a demand not made of news anchors from a previous generation.

"It certainly has its pros and cons," he says of this aspect of the job. "Sometimes you get these Twitter warriors who want to pick fights with everything you put on. But I think it's a great opportunity to engage viewers, and when they see something you've posted, it makes them more likely to watch or come out to the show we do at the ViewHouse in Centennial [Xfinity Monday Night Live]. It's a way to find out that they can see [Denver Broncos linebacker] Josey Jewell after he had two interceptions on Sunday."

Of course, Spencer won't be delivering news broadcasts from area watering holes, but he still hopes to get out into the community as often as possible rather than being chained to the studio.

"We can't do things the way we used to do them twenty years ago, or even five years ago," he says. "We have to be innovative — and I feel like we've put ourselves in a really good spot as things are changing."

"Jami Duffy, Leader of the Band"
"Kourtny Garrett, Downtown Defender"
"Daniel and Luis Ramirez, Hosts With the Most"
"Nga Vương-Sandoval, Welcome Committee"
"Michael Gadlin, Arts Ambassador"
"Penelope Wong, Top Shef"
"Cole Chandler, Speaker for the House"
"Robert Kenney, Power Broker"
"Scott Gilmore, Playground King"
KEEP WESTWORD FREE... Since we started Westword, it has been defined as the free, independent voice of Denver, and we'd like to keep it that way. With local media under siege, it's more important than ever for us to rally support behind funding our local journalism. You can help by participating in our "I Support" program, allowing us to keep offering readers access to our incisive coverage of local news, food and culture with no paywalls.
Make a one-time donation today for as little as $1.