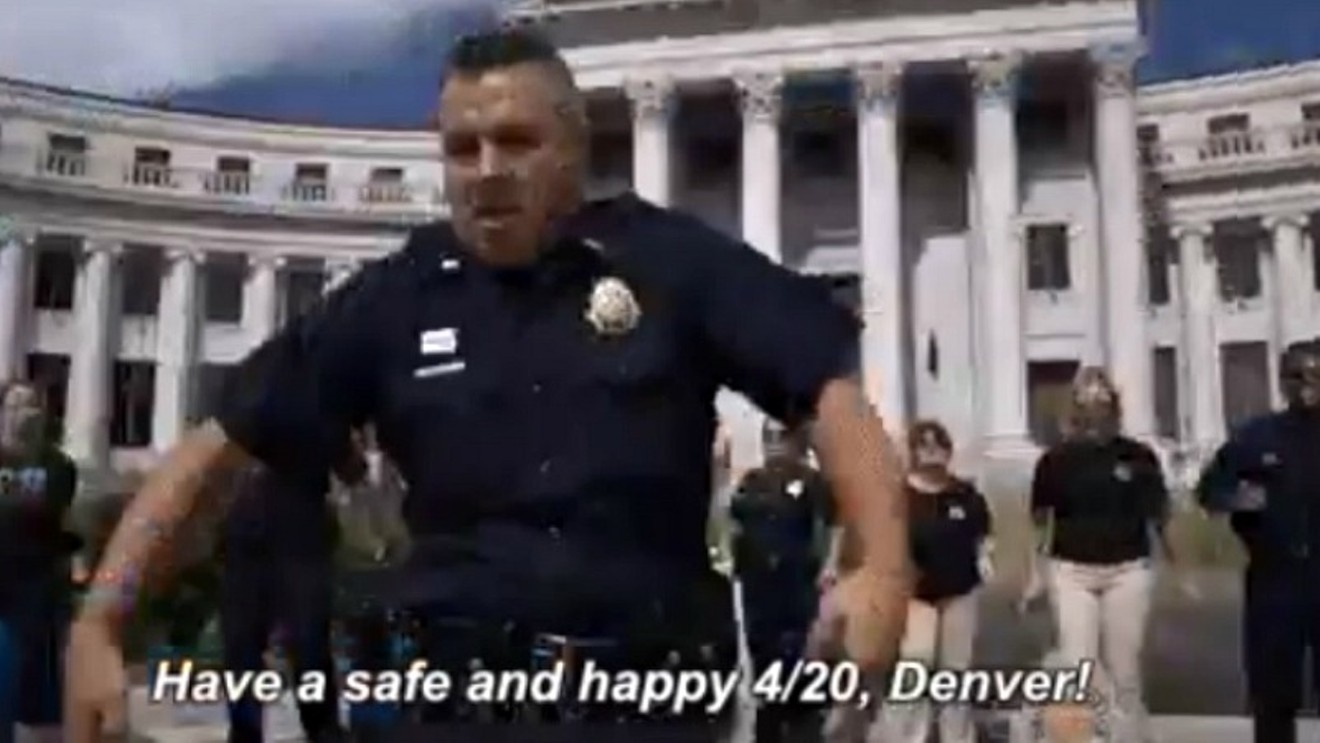 Gettin' down, DPD-4/20 style. Denver Police Twitter
To mark 4/20, the Denver Police Department has tweeted a GIF featuring happily grooving cops and the slogan "Have a safe and happy 4/20, Denver!" But the message that accompanies the images makes it clear that if people don't consume responsibly, "we'll bust u guys."

The DPD has a (recent) history of using social media on or around 4/20 to pass along supposedly hip messages themed to the date.

Here are two examples from 2015, also sent via Twitter:

Denver Police Twitter
At the same time, however, the DPD definitely hasn't sworn off arresting people who light up in public at the Denver 4/20 Rally at Civic Center Park or other cannabis-friendly gatherings.

Despite the jovial tone of the above tweets, Denver cops issued 160 citations at 4/20 events in 2015.

The number of citations could be lower this year, since the rally is taking place on a Thursday rather than a weekend. But Denver Police spokesman Sonny Jackson has been making the rounds on local media making it clear that officers will be out in force on 4/20 and will be enforcing public-pot-smoking rules.

By the way, the GIF is plucked from a July 2016 DPD video called "Ain't Too Cool" that is weird AF. See it following the latest tweet.