The real Rob Davis and his animated superhero, the Smart Ash. Denver Parks and Rec
Rob Davis never imagined being a superhero, much less one with superpowers to use against a tiny foe. But as a forester with the City and County of Denver (he's basically the city and county's go-to tree guy), duty called in the way of a PR campaign designed to draw attention to the emerald ash borer, an insect that is devastating ash trees in at least 34 states, including Colorado.

Davis's alter ego, The Smart Ash, is the Superman to his Clark Kent.

On May 23, Denver Parks and Recreation published an animated series based on Davis's superhero character. As the Smart Ash, Davis has a six-pack, sick shades, and a number of different “powers” he utilizes to fight the pesky emerald ash borers from eating their way through metro Denver's 1.45 million ash trees.

While the animated series is new, Denver actually launched the cleverly named “Be a Smart Ash” campaign in 2016 to prepare the public for a likely invasion of the pellet-sized insects.


There are no confirmed cases of emerald ash borers invading Denver, but that doesn't mean the insects haven't already arrived; it can take up to two years for ash trees to show signs of infection, and Denver is taking no chances. Roughly 20 percent of Denver's tree canopy consists of ash trees, and there's plenty of evidence from cities like Madison, Wisconsin, of what can happen when the insects take over. And there have been confirmed cases of emerald ash borers in Boulder since 2013.

[image-3] "It only takes one car driving down from Boulder with EAB [emerald ash borer]," Davis notes.

During May, Denver Parks and Rec has been airing short animated videos of the Smart Ash series on YouTube, the department's social-media pages, and on the city's public TV station, Channel 8. With Davis providing the voiceovers, his animated superhero explains different options that Denver residents have to combat infections of ash trees if they have any on their property.

In an extensive survey of Denver's tree inventory, the city identified 36,000 parcels with ash trees on them, and city ordinance dictates that street trees adjacent to private property are also the responsibility of the adjacent homeowner. If emerald ash borers do invade, Davis's superhero character explains via the videos that there are four options: a trunk-injection treatment, soil-drench treatment, bark spray, or removing and replacing the trees.

So how did this, um, creative series come about? 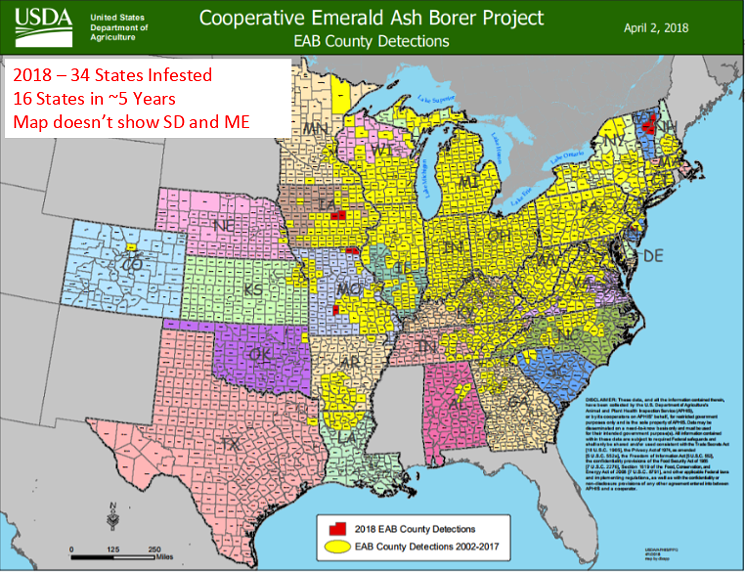 USDA
According to Davis, he was approached by Denver Parks and Recreation and the company hired to helm the campaign, GroundFloor Media, about doing a spin-off of the popular PBS kids' series Wild Kratts.

"When they came to me and said, 'Hey, we want to put you in a recording studio and make you a superhero,' I was like, 'Ah, man, people already make fun of me as a forester as it is, and now they're going to have this on me, too,'” recalls Davis with a chuckle. "But since this Smart Ash stuff came out, I've had people from other cities back east reach out and say, 'What a great idea!'"

As for his character, “It seemed a little far out there. And was it my favorite choice of a superhero name? Probably not,” he allows. “But, hey, you take what you can get when someone wants you to be a superhero. And I do appreciate the fact that if they're going to give me superpowers, they gave me muscles, too...although now, in real life, I'm starting to go to the gym more to live up to the expectations."

To learn more about the Be a Smart Ash campaign, visit the website, which also includes an interactive map that shows where ash trees are located (maybe on your property!) throughout Denver.
KEEP WESTWORD FREE... Since we started Westword, it has been defined as the free, independent voice of Denver, and we'd like to keep it that way. With local media under siege, it's more important than ever for us to rally support behind funding our local journalism. You can help by participating in our "I Support" program, allowing us to keep offering readers access to our incisive coverage of local news, food and culture with no paywalls.
Make a one-time donation today for as little as $1.