Most Dubious Public Service Campaigns in Colorado…and Beyond 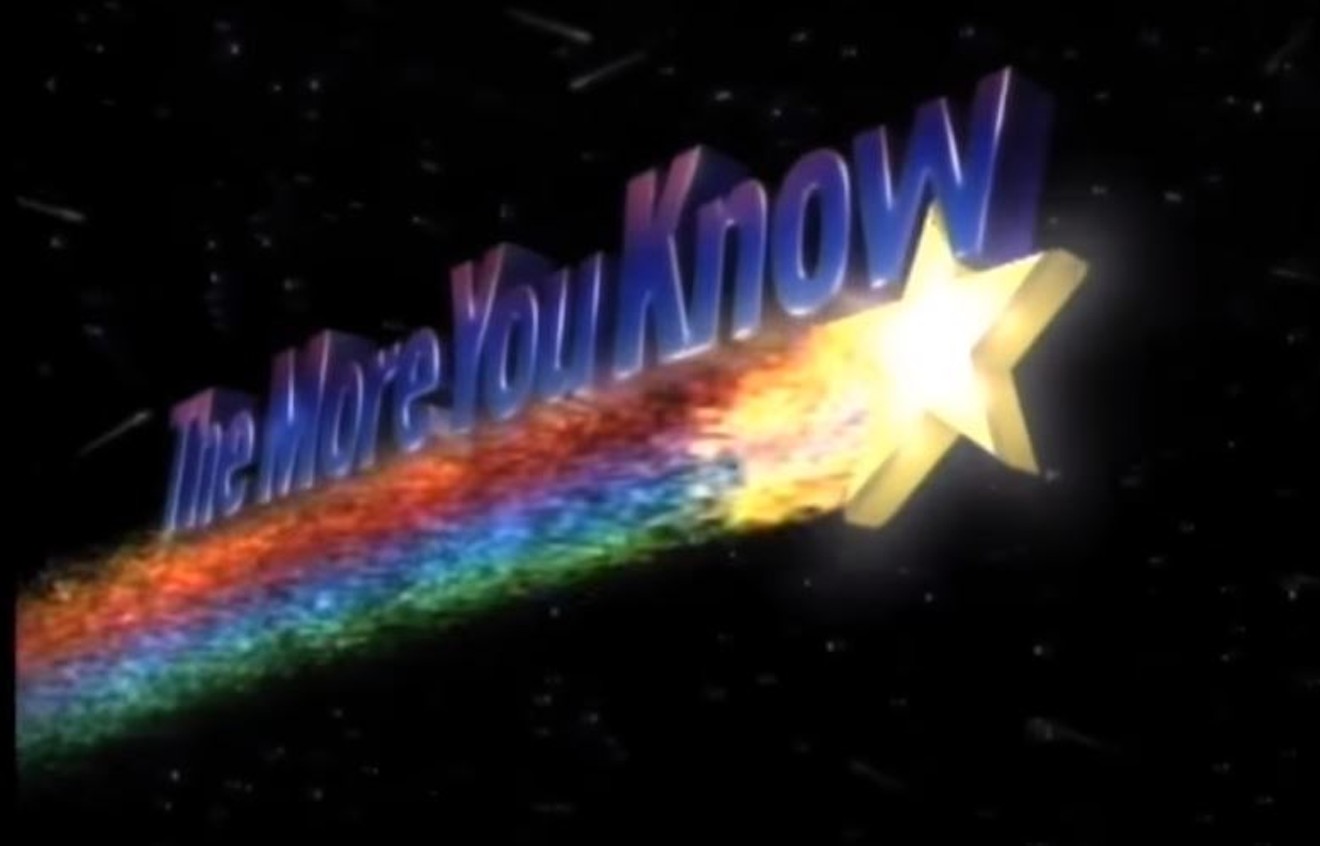 Teach me something, NBC. Preferably with Justine Bateman. YouTube
Public service campaigns, whether they’re in print or on radio or television, are meant to do one simple thing: instruct Americans on some aspect of modern life. They’re important, which is why media outlets are required to contribute page space or air time to their cost-free presentation…which, of course, is why they’re traditionally buried in the backs of magazines or on mid-day radio or late-night TV.

Colorado has its own share of PSAs — maybe more than our share, what with the lead we’ve taken with marijuana legalization. In honor of CDOT continuing to beat the dead horse of a bad pun (more on that in our top slot below), here's our list of some of our favorite terrible Colorado PSAs.

What two-dimensional flight school did you attend, Fred?
cdot.gov
10. Enough With Fred Estrian
CDOT has used this terrible pun since 2016, when Fred Estrian started to champion the safety of pedestrians (seriously, you just know some ad person somewhere is super-proud of this play on words, if one can truly call it that). Now in 2018, Fred Estrian has inexplicably become a captain and has taken on something of an aeronautic flavor — just why he’s doing that is unclear. What’s the relationship between walking and flying? Where do crosswalks come into it? That’s not how air traffic works. This isn’t The Jetsons. Still, it’s semi-entertaining when someone doubles down on a bad idea. If that’s not a lesson from the Trump era, I don’t know what is.


9. How Kids in the 1970s Knew Pueblo
Here’s the only thing I used to know about Colorado when I was a kid growing up in Illinois: that there was a lot of public service information contained in Pueblo. In pamphlet form, mostly. And it was all about anything you’d want to know: passports, zip codes and generally (or so it seemed) the way the world worked. This ad, which usually ran during the “low-rent” time slots of after-school kids' programming, boasts “over 200 publications” that will help you solve every problem, from weight loss to home improvement to…alien invasion, I guess? Man, back in the 1970s, Pueblo was a hotbed of knowledge and excitement, pamphlet-style.


8. Marijuana Makes You a Bad Handyman
Somehow, these ads prove two contradictory things at the same time: one, that the ad folks were clearly high when they wrote them, and two, that they’ve never, ever smoked pot in their lives.


7. Art Snobs for Utility Regulation
Do art openings really scream “responsible energy usage” to you? Me, either. Colorado Springs Utilities, you're better than this. Or at least we'd like to think you are. 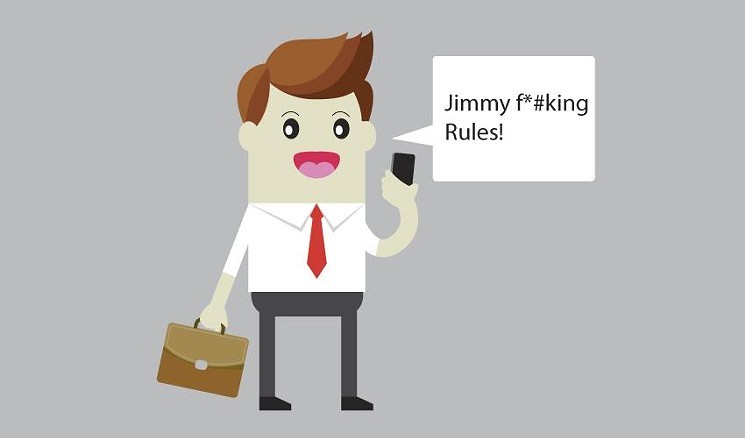 Jimmy is wrong. Don't be Jimmy.
Westword Illustration
6. Don’t Be Jimmy...or RTD's Marketing Team
We had some fun with this lame Colorado ad campaign for RTD last summer, and it had the grace to sort of fade away since then. But don’t you miss the time when PSAs had the good sense to just go for earnest and clumsily charming? That worked well enough, didn’t it? The way these campaigns so desperately try to hit the zeitgeist these days is sort of like watching a fifty-something “cool mom” try to relate with her seventeen-year-old by talking about this “PewDiePie” person she heard about on NPR. Uncomfortable.