Traffic Nightmare Closures Come to I-25 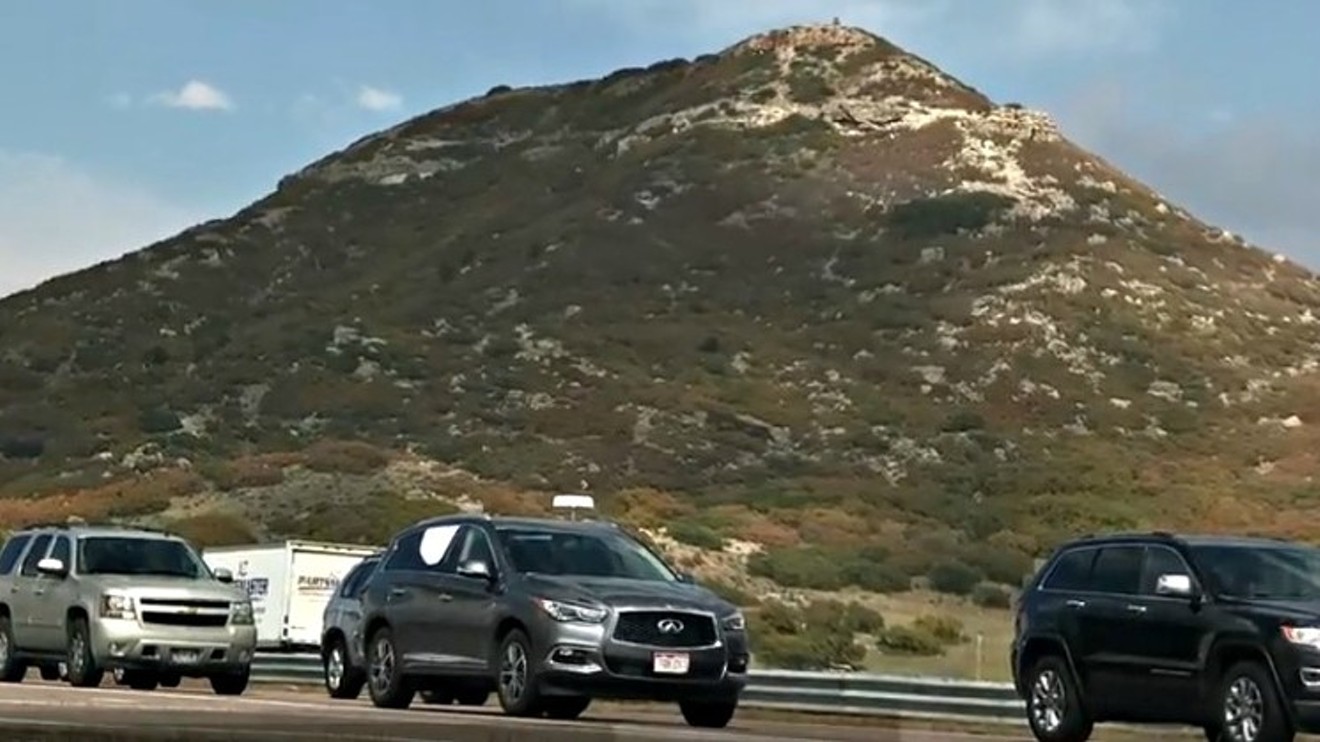 A pre-construction image from the area of the I-25 South Gap project. Colorado Department of Transportation via YouTube
Hot on the heels of the second full-weekend closure of Interstate 70 through the Central 70 construction zone in just five months and the weather-delayed lane reopenings on Highway 36 following a section collapse in July, the Colorado Department of Transportation will serve up more traffic nightmares for commuters on Interstate 25 heading from Denver toward Colorado Springs. Overnight shutdowns are slated to start on Sunday, October 6, and last for most of the week. Frontage-road blockages also related to the ambitious I-25 South Gap project will drag out even longer.

We've got details about how to minimize the amount of hair you might otherwise rip from your scalp while dealing with these circumstances. But CDOT wants you to know that someday, your baldness will be worth it.

In our May 2018 I-25 South Gap preview, Colorado Department of Transportation spokesperson Tamara Rollison stressed that the need for changes along an eighteen-mile stretch between Castle Rock and Monument went far beyond congestion issues. "We've had two Colorado State Patrol officers killed on this area of I-25," she noted. "Maybe if they'd had more room to do their job, that would have been the difference between life and death." Trooper Jaimie Jursevics died while investigating a minor accident on I-25 south of Castle Rock in November 2015, and Trooper Cody Donahue passed away after being struck in the same area one year later.

Hence the decision to expand the roadway from two lanes to three, including a tolled express lane, at a price tag of $350 million. CDOT states that "project completion will occur in 2022" — a bold promise, especially given that finish dates have recently been pushed back for work on both Central 70 and a C-470 upgrade. The latter was already supposed to be finished, but now it won't wrap until year's end or the first part of 2020.

The latest task on CDOT's to-do list is the demolition of the Spruce Mountain Road Bridge over I-25, which will necessitate the southbound lanes to be shut down near Larkspur from 8 p.m. to 5 a.m. beginning on Sunday the 6th and continuing through Thursday, October 10. During these periods, traffic will be squeezed down to a single lane north of Spruce Mountain Road, where all traffic must exit. Drivers will then take Spruce Mountain Road south to the Upper Lake Gulch Road on-ramp and back onto I-25 south, as seen in this graphic.

Colorado Department of Transportation
The rebuilding of the bridge is expected to take nine months. Until it's finished, motorists who are accustomed to traveling to Larkspur via this route will be able to get there if they exit on the Spruce Mountain Road ramp on southbound I-25 or northbound using the Upper Lake Gulch Road exit.

Those aren't the only impacts. There will also be assorted sixteen-hour closings of the southbound Spruce Mountain Road ramp and another batch of overnight I-25 detours for bridge reconstruction, presently slated to take place before the new year.

Meanwhile, crews will close West Frontage Road through Castle Rock at Territorial Road from Sunday, October 6, through Monday, October 14. Why? For construction intended to direct South Gap drainage from I-25 beneath the frontage road.

The closures are depicted below. As you'll see, the graphic is considerably more complicated than the one above.

Colorado Department of Transportation
During I-25 traffic jams, which aren't exactly rare in this area, plenty of drivers exit on the frontage roads in an attempt to save time — but that won't be possible until after the 14th. As such, CDOT implores them to "stay the course of I-25."

As for local traffic, detour routes will be "heavily signed for your convenience," and access to local driveways and businesses is supposed to be maintained.

If all of this seems super-complicated, that's only because it is, and in the years to come, such issues may only increase. On Monday, we offered details about a massive I-25 project involving the Burnham rail yards that may get under way within two years — a time frame that could result in ground being broken before the I-25 South Gap is done.

Click to get weekly updates on I-25 South Gap and frontage road construction. Information about carpools and more can be found at I-25 My Way.
KEEP WESTWORD FREE... Since we started Westword, it has been defined as the free, independent voice of Denver, and we'd like to keep it that way. With local media under siege, it's more important than ever for us to rally support behind funding our local journalism. You can help by participating in our "I Support" program, allowing us to keep offering readers access to our incisive coverage of local news, food and culture with no paywalls.
Make a one-time donation today for as little as $1.