A photo of the late Jason Taylor. Family photo
Just over two years after Jason "Jay" Taylor died during a skiing accident at Keystone, his mother, Lynda Weston Taylor, continues to raise awareness about ski area safety. But she's also speaking out about an issue that compounded the grief she felt after Jay's passing. Neither his organs nor his tissues were harvested after he died even though he'd formally designated himself an organ donor on his driver's license.

Summit County coroner Regan Wood acknowledges that mistakes were made regarding Jay's remains, but she isn't sure donations would have been possible given the circumstances of his death — a position that's at least partly supported by information from a representative of Donor Alliance, which oversees the process in Colorado. But Lynda, who was at the center of "Whiteout," an impressive 2017 Summit Daily investigation that revealed at least 137 people died at Colorado ski reports over the span of a decade, isn't satisfied with these responses.

"There's no legal recourse at all," notes Lynda, who lives in Massachusetts, "so Summit County can sit on it and say, 'Why don't you just go away? Aren't you over this yet?' Well, no, I'm not. We don't know how often this happens, but the fact is, it did happen to Jay."

Jay died at Keystone on January 20, 2016, but since Colorado ski areas are under no obligation to inform the press about such incidents, the general public didn't find out about what happened for weeks. Lynda maintains that "Jay's death was immediately well known by employees and visitors within the Keystone Resort complex," but "it went suspiciously unreported to the media until I notified various outlets a month later. Similarly, the Summit County Coroner's Office had no intention of sharing with our family the fact that they had failed to refer Jay to Donor Alliance. Their egregious omission was discovered and confirmed only by my personal inquiry and investigation. Transparency was wholly lacking."

After the fact, Lynda did an incredible amount of detective work into Jay's accident and its aftermath; she's provided Westword with more than a dozen 911 audio files, plus a slew of official documents and correspondence that jointly provide the background for a tragic timeline.

"Jay died on the mountain at approximately 9-9:15 a.m." on the 20th, she reveals. "His body was discovered by another snowboarder not more than two hours later, just off of Elk Run at approximately 11,500 feet in elevation. The boarder traveled down the mountain to report to a lift operator that he had found an unresponsive skier and was told to travel back up to the top of the mountain to the ski hut in order to directly alert Keystone Ski Patrol himself. He did so."

The letter "J" has been carved into one of the trees on the run where Jason Taylor died.
Courtesy of Lynda Weston Taylor
She adds: "The lift operator did not contact Keystone emergency authorities on behalf of the reporting party. The boarder then guided Keystone Ski Patrollers to the exact location where Jay's body was found."

Word of the accident didn't reach Lynda until late in the day: "Many hours passed before our Manchester-by-the-Sea, Massachusetts, police were alerted to Jay's death by Mark Juisto," then the Summit County deputy coroner, "at 8:30 p.m. Eastern Standard Time. The MBTS police were able to locate me at my daughter's residence in Darien, Connecticut, where I was staying to help with her four young children, at 11:30 p.m. Eastern. No attempts were made to contact our family earlier than late evening."

Upon learning about Jay's death, Lynda was too shaken to immediately ask about organ or tissue donation. But at some point afterward, she discovered "that his license was missing from his wallet. I really searched the house before I asked Regan Wood if she had it, and she said she did — and she said she noticed the heart on there," which designated Jay as an organ donor.

This series of events made Lynda curious "if they actually processed him for organ donation. I called the funeral home, and they said, 'We can't answer that. Call Donor Alliance' — and when I did, they said they had no referral for him to be processed as an organ or tissue donor. Regan Wood confirmed that."

Indeed, Wood went into detail about the situation in a letter to Lynda dated May 19, 2016. After offering "my sincere apologies about the fact that they were not contacted," she explained that "there was a protocol change for the 2015/216 ski season that was put in place at the request of the on-mountain clinics at Keystone and Breckenridge Ski Resorts. The change was such that if there was an obvious death on their properties of a guest who was skiing or snowboarding and the person was no longer viable [for organ donation], they would be taken by Ski Patrol to a prearranged location for transfer to the morgue and they would not go to the clinics, as had been done in previous years." 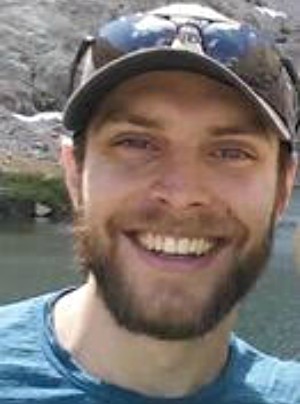 Another portrait of Jason Taylor.
Courtesy of Lynda Weston Taylor
In Jay's case, the Wood letter continues, "the identification was made on the ski hill through his ski pass, which was located on his person, not in his wallet. Previously when a decedent was taken to the clinic, the Chaplain would call Donor Alliance to see if they were on the registry. This step was missed in Jay's case, and once we had the identification and Jay was placed in the morgue, our primary concern was to find his legal next of kin," which didn't happen until late on the 20th.

Wood told Lynda that "Jay's backpack was not actually gone through until later that morning. This is why we did not see the Massachusetts driver's license with the heart on it indicating that he was a donor. At that point, it was too late to call Donor Alliance, as the time limit for that had passed."

Time is indeed of the essence when it comes to organ and tissue donation, says Andrea Smith, director of public relations and communications at Donor Alliance's Denver office. Speaking about the subject generally, rather than about Jay's specific case, Smith says, "Not everyone who dies is eligible to be an organ or tissue donor for a number of different reasons: manner and circumstance of death, as well as medical eligibility of the individual to donate. But to be an organ donor, you must die in a hospital, because organ donation has to happen immediately following death. Organs like kidneys, hearts, intestines and lungs are not transportable if they haven't had circulation for longer than five minutes."

As for tissues such as tendons, bones, skin and corneas, the time frame is longer. Smith divulges that "they can still be viable for recovery and transplantation for twelve to 24 hours."

Because Jay died around 9 a.m. on the 20th and Wood said his wallet wasn't found until the next morning, the clock may indeed have run out on tissue donation by then. But had the process not been bungled, Lynda is certain that donations of all kinds could have been made, in keeping with Jay's wishes. She's in touch with the mother of Jack Lindsey, an Air Force cadet who died on the slopes of Keystone in January 2015, "and I have reconfirmed with her that 'everything' was donated, to include 'skin, bones, tissue, eyes'...and his family was told 'that over 65 people were helped because of him.'"

Today, Mark Juisto is no longer deputy coroner in Summit County. But Wood, corresponding with Westword via email, insists that the problems with handling Jay's death weren't a factor in this change in status. A photo of felled trees alongside the Keystone ski run where Jason Taylor died.
Courtesy of Lynda Weston Taylor
"It is correct that my deputy did not immediately discover Mr. Taylor’s driver’s license indicating that he was an organ donor," Wood writes. "However, due to the circumstances and timing of the discovery of Mr. Taylor’s body, it is unclear whether organ/tissue donation would have been possible, even had the driver’s license been discovered sooner. While the subject deputy’s departure from my office was shortly after Mr. Taylor’s death, it was for reasons unrelated to Mr. Taylor’s case."

Lynda doesn't buy that, and neither is she reassured by Wood's pledge in the May 2016 letter that "our office will make it a priority to try and find the driver's license of the decedent and not rely on the information we receive from the ski pass." Indeed, she spent a year lobbying officials in Massachusetts to create a bill addressing a failure to harvest organs and tissue from organ donors — "but in the end, the Massachusetts Department of Public Health said, 'We're sorry, but our job is to solicit sign-ups for organ donation, and we're doing pretty well with our campaign. We don't see a need for legislation.'"

This disappointment hasn't stopped Lynda from making her feelings known about the need for accountability when it comes to organ donation — and she also thinks ski areas could and should do more to prevent skier injuries and/or deaths. "Jay was tripped by a fallen tree that was lightly covered with snow," she says. "It was well over three and a half feet and the branches were covered. It should be removed, but they let it stay there. When we visited the area to see where Jay died, it was still there — and it's only twelve or fifteen feet off the run. They line the edge of Elk Run and they're man-made hazards; they cut them and leave them there. They talk about inherent risks, and that releases them from all responsibility for safety — it's really quite magical. But cutting down trees and leaving them there at the edge of the run is a hazard. That's just common sense."

The pain of losing Jay lingers for Lynda. "It's a level of sorrow and grief I never could have anticipated," she acknowledges. "We're surviving, but there are still some aspects of his death that are troublesome and unresolved — one of them being organ donation. That's why I need to do something to honor him, and something to inform others."