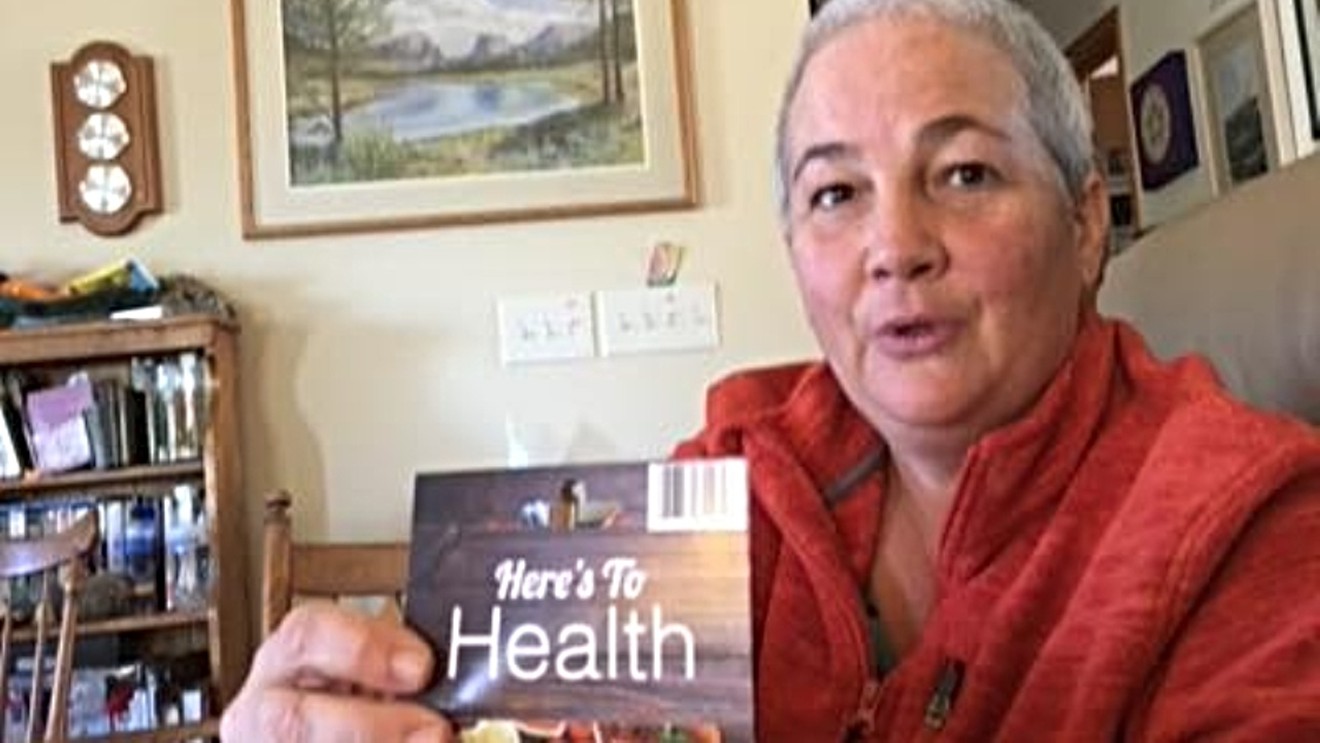 A photo of Jenifer Ann Driver, also known as Mountain Sun, shared by the Saguache County Sheriff's Office. Saguache County Sheriff's Office
Jenifer Ann Driver, who also goes by the "spiritual name" Mountain Sun, has been missing since mid-October. But the case is receiving renewed attention in part because Driver is believed to have last been seen with a member of Love Has Won, a group frequently described as a cult that made national news earlier this year when the mummified remains of its leader, Amy Carlson, aka "Mother God," were found in Colorado. Carlson's body had been reportedly transported here from California by followers waiting for her "ascension."

The Saguache County Sheriff's Office first publicized word about the search for Driver on October 29. In the release, shared on its Facebook page, the SCSO noted that she "was last seen in the North Crestone Campground area in Crestone, Colorado. It is believed Jenifer might have hiked to the North Crestone Lake. It is believed Jenifer might have her backpack, sleeping bag and blue tent with her. Jenifer is five-foot four-inches, approximately 170 pounds, has brown eyes, gray shaved hair, and is known to wear baggy, comfortable clothing. Jenifer was last seen on October 16, 2021."

The sheriff's office initially made no mention about Love Has Won, but in a November 2 article in the Alamosa News, Sheriff Dan Warwick confirmed that Driver was believed to have been "associating with and was last seen in the company of a member of the Love Has Won group."

"We’re looking for both Driver and the person she was last seen with, hoping that person can provide us with information on her whereabouts," Warwick told the paper. "Our only interest is in finding Driver."

Nonetheless, the mention of Love Has Won set off alarm bells nationwide, for reasons made clear by articles such as "A Cult Leader Known As ‘Mother God’ Was Found Mummified," published by New York magazine on May 5. The piece vividly begins with this: "Last week, a distressed man walked into a police station in rural southern Colorado, alerting officers to a corpse inside his home. There, they came upon a disturbing, unreal scene: Situated in what appeared to be 'some type of shrine,' investigators discovered a decomposing body, mummified and wrapped in a sleeping bag and Christmas lights, with glitter makeup encircling the corpse’s seemingly empty eye sockets. The man who notified authorities identified himself as a follower of Love Has Won — which claims to be a spiritual organization but is more often described as a cult — and the body, he continued, belonged to Love Has Won’s leader: a woman named Amy Carlson, known within the group as 'Mother God.'"

Seven people were soon facing charges of abusing a corpse, but the accusations were dropped in September. Still, interest in Love Has Won remained high, as witnessed by a Dateline NBC investigation that was broadcast last month. Here's a preview of that episode:
At this point, it's unclear whether Love Has Won is an active organization. As of October, the group was thought to have fewer than thirty members around the country. Whether Jenifer Ann "Mountain Sun" Driver was among them, and whether a devotee of Carlson knows what happened to her, are among the many mysteries still lingering around this case.

If you have any information about Driver or her whereabouts, contact the Saguache County Sheriff's Office at 719-655-2544.
KEEP WESTWORD FREE... Since we started Westword, it has been defined as the free, independent voice of Denver, and we'd like to keep it that way. With local media under siege, it's more important than ever for us to rally support behind funding our local journalism. You can help by participating in our "I Support" program, allowing us to keep offering readers access to our incisive coverage of local news, food and culture with no paywalls.
Make a one-time donation today for as little as $1.