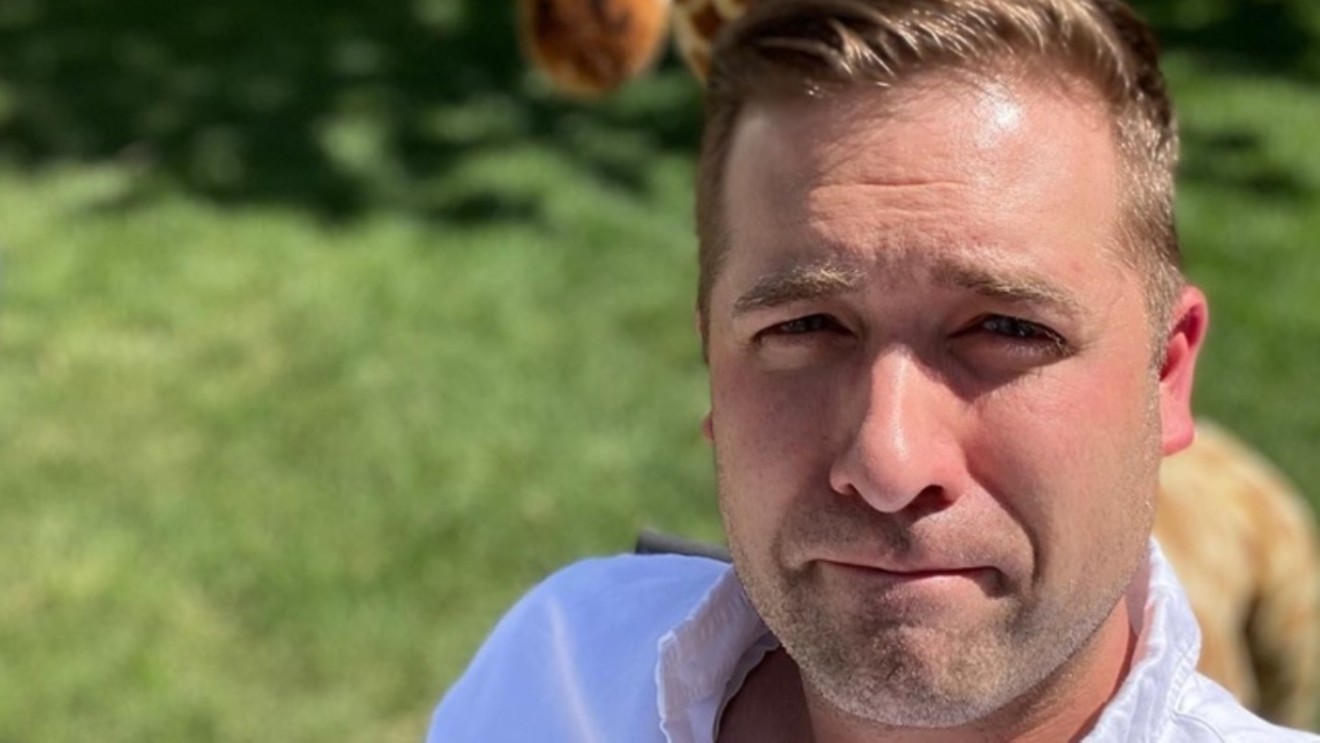 Kyle Clark is back, with baby in tow. Kyle Clark Instagram
9News's Kyle Clark has been doing a lot of coming and going lately. In June, the anchor and Next With Kyle Clark star caused an online buzz by taking a voluntary one-week furlough, as many of his colleagues at the station had already done amid the COVID-19 pandemic. The following month, Clark's late-night announcement that he was taking a leave from both on-air duties and his burgeoning Twitter feed until an unspecified day in August sent fans into gossip overdrive.

Last night, August 10, Clark returned to his signature program and shared the answer to his mysterious disappearance. He's the proud father of a new baby girl — a revelation that perfectly capped weeks in which he effortlessly manipulated social media without actually posting any fresh content.

Clark has long been a master of the form, which he discussed at length with us back in 2017. At that time, he had 131,000 followers across his assorted accounts — a staggering number for a local news personality that's only grown since then. His Twitter, Facebook and Instagram pages are currently followed by more than 208,000 people, thanks in large part to the energy and commitment Clark brings to the process.

On July 17, Clark tweeted that he would be turning off the tap until August — and while it took him several days to actually do so, his silence in order to "spend more time with my family," in his words, sparked oodles of speculation about what was actually going on. His enemies in the marketplace wondered if he'd done something to piss off management and would be bounced from the station, while media observers dished about whether he was about to leap to a rival station or perhaps bid Denver adieu in order to join a national cable network.

During recent days, an inside source revealed to Westword that none of these rumors were true: Clark had temporarily stepped away from the spotlight for personal reasons that would make us smile, we were told. But Clark ignored multiple outreach efforts from yours truly over recent days, including one sent after his one-word return to Twitter yesterday: The message simply read, "Hi."

The evening's episode of Next began with no particular fanfare: Clark teased stories such as the closure of Interstate 70 through Glenwood Canyon because of a wildfire. But after keeping viewers waiting for just a little longer, he offered an ebullient aural essay about his daughter and how her arrival has got him feeling optimistic despite the tough times. Watch it here.

This will be my girls' world. And I can't wait to live in it. pic.twitter.com/6heSHYAPXN

Afterward, Twitter exploded with congratulatory messages, just as Clark clearly understood it would. A man who's tweeted more often than any other Denver TV personality in recent years managed to cause the platform to flip just by staying off it for three weeks.
KEEP WESTWORD FREE... Since we started Westword, it has been defined as the free, independent voice of Denver, and we'd like to keep it that way. With local media under siege, it's more important than ever for us to rally support behind funding our local journalism. You can help by participating in our "I Support" program, allowing us to keep offering readers access to our incisive coverage of local news, food and culture with no paywalls.
Make a one-time donation today for as little as $1.