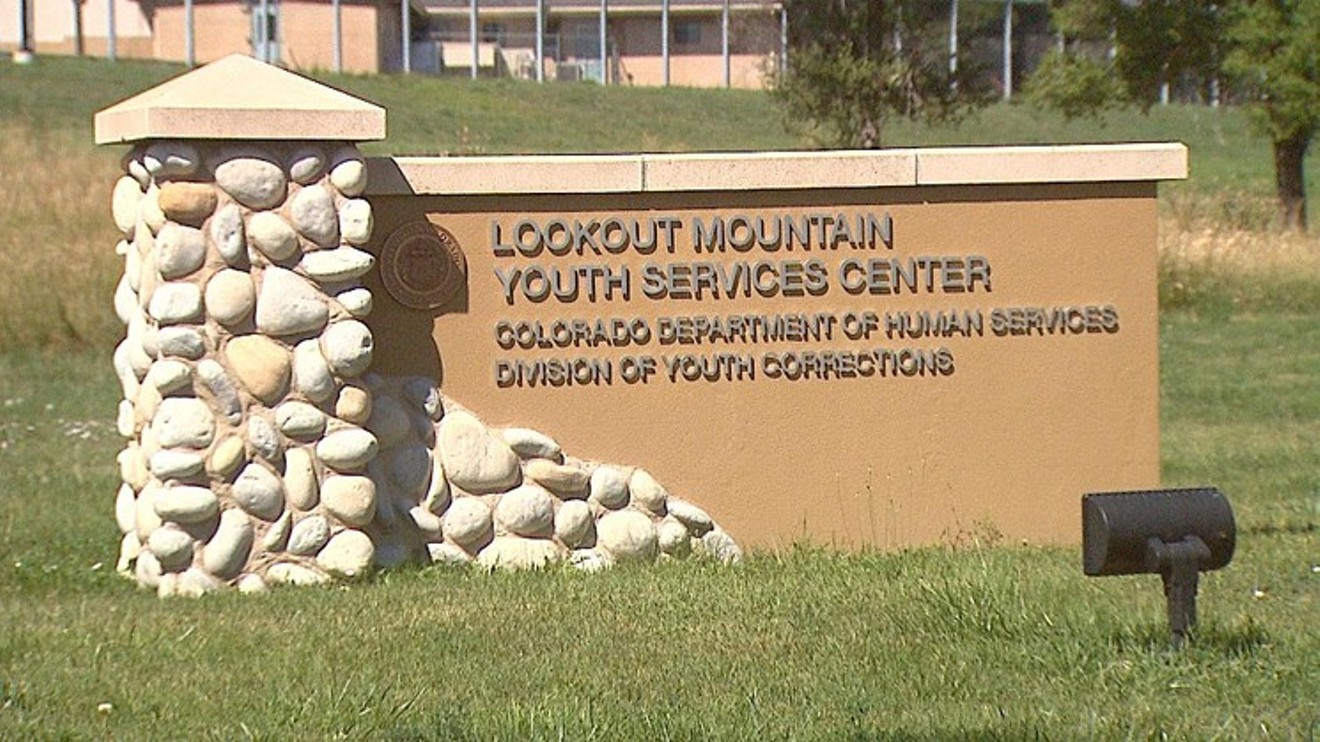 The sign at the entrance of the Lookout Mountain Youth Services Center. CBS4 Denver file photo
The mission of the Lookout Mountain Youth Services Center in Golden involves rehabilitating young people who've gotten in trouble with the law. The programs offered by assorted facilities on the campus include education, behavior management and a variety of therapeutic treatments intended to ready former offenders to become productive members of society.

But over the past decade-plus, such goals have been overshadowed by a series of troubling events at the center, including a January riot that involved Jaylin Coley, now nineteen, who pleaded guilty to second-degree assault yesterday, August 15. The incident suggests that Lookout Mountain's problems have not yet been overcome.

Here's a rundown of past issues at the center:

• A 2010 report about sexual abuse at juvenile facilities found that Lookout Mountain's stats were the worst in the state.

• Inmate Zachary Oliver allegedly racked up 243 offenses before escaping in August 2014 by beating an elderly guard with a bag of rocks.

• A riot at the center caused injuries to four inmates and ten workers on May 1, 2019.

• That June, a former inmate told Westword that assaults and other violent disruptions at Lookout Mountain were frequent, drugs and sex were far from uncommon, and the system always seemed on the brink of total collapse.

• That same month, violent offender Quinn Scaggs busted out of the center, where he'd earlier hurt an employee so severely that the man never returned to work. Scaggs was finally recaptured in August after he was said to have taken part in multiple pistol-whippings.

• Later in 2019, former staffer Kirsten Gonzalez was charged with three felonies and a misdemeanor over accusations that she helped an inmate with whom she had a romantic relationship escape and harbored him for more than a year before he was taken into custody again.

In early 2020, the Colorado Division of Youth Services, which oversees the center, pledged to enact culture changes across its system to prevent such episodes in the future. But despite these efforts, unfortunate reports about activities and associations at Lookout Mountain have continued to pop up on a regular basis. In May 2021, shots were fired after an eighteen-year-old tried to escape. That August, the Denver Police Department confirmed reports that the five young suspects in the murder of seminary student Shmuel Silverberg had met while serving time at Lookout Mountain. And multiple staffers were injured during the January riot, which was reportedly prompted by several inmates trying to cause a fire by putting batteries into a microwave.

In the beginning, Coley faced six charges related to these matters, including four first-degree-assault counts and separate accusations about arson and participating in a riot. Yesterday, he formally agreed to the second-degree-assault beef as part of a plea bargain. He's scheduled to be sentenced on September 26 — a development that will yet again cast the Lookout Mountain Youth Services Center in an unflattering light.
KEEP WESTWORD FREE... Since we started Westword, it has been defined as the free, independent voice of Denver, and we'd like to keep it that way. With local media under siege, it's more important than ever for us to rally support behind funding our local journalism. You can help by participating in our "I Support" program, allowing us to keep offering readers access to our incisive coverage of local news, food and culture with no paywalls.
Make a one-time donation today for as little as $1.