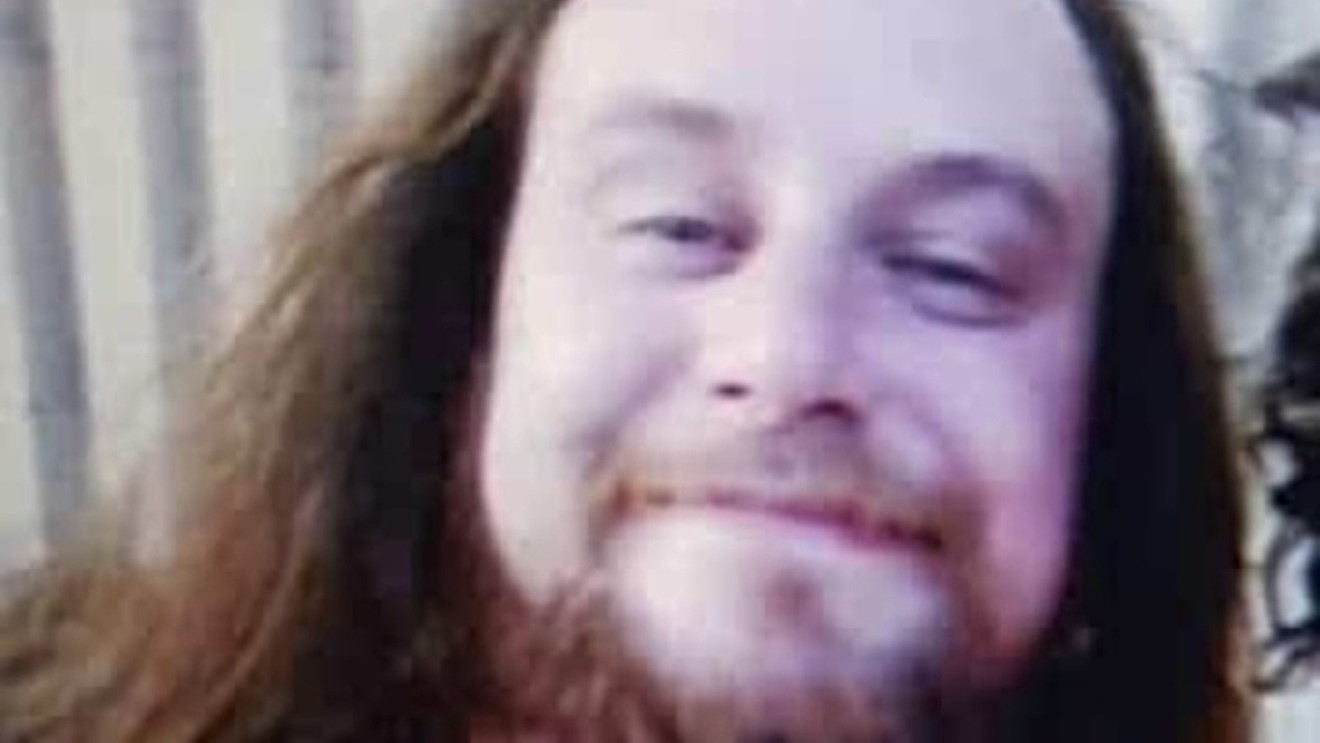 Jacob Cyr remains missing at this writing. Courtesy of Amanda Cyr
The fiftieth annual gathering of the Rainbow Family, a throwback collective that takes its cues from the original hippie era, was held in the Adams Park area of northwest Routt County over the Fourth of July weekend, and the event generated plenty of controversy. The U.S. Forest Service estimated that 495 law enforcement actions, including incident reports, written warnings, violation notices and arrests, were taken against the estimated 10,000 attendees, many of whom saw such efforts as harassment.

In the midst of the gathering, 32-year-old Jacob Cyr, an Iowa resident who'd traveled to Colorado for the festivities, vanished. His whereabouts remain unknown, despite the efforts of his sister, Amanda Cyr, who's grappling with the emotional toll of the disappearance even as she's working overtime in Iowa to figure out what might have happened.

"It's very hard," she acknowledges. "Nobody should ever have to go through this."

"There's no indication that there was foul play, but you can never rule that out," says Routt County Undersheriff Doug Scherar, whose agency conducted a massive search for Jacob Cyr earlier this month, after Amanda officially filed a missing-persons report. 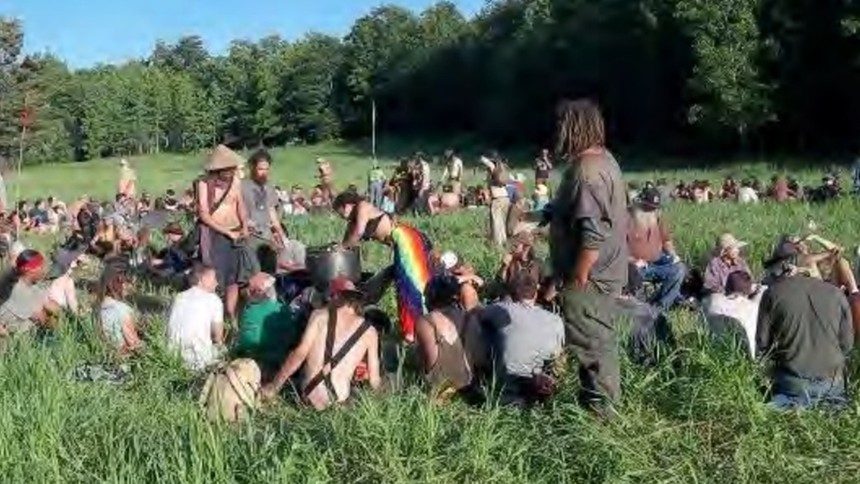 A photo of a past Rainbow Family gathering shared by the U.S. Forest Service in a presentation about planning for the 2022 event.
United States Forest Service
Jacob and Amanda "are very close in age," she says. "He's less than a year older than me, and we did everything together growing up. We weren't in as close of contact as adults, but he's a really nice person and very spiritual. He wants to be at peace with everybody. I think that's why he's been going to these Rainbow Family gatherings." He'd gone to them regularly over the past four or five years, she adds.

The crowd for the fiftieth-anniversary edition coalesced slowly, arriving in the weeks prior to Independence Day; a percentage of the throng stayed around afterward to clean up. According to Amanda, Jacob was supposed to be part of that crew, which reportedly didn't leave the area until August 8.

Because of that, no one panicked when Jacob failed to check in a week or two after the gathering. "I didn't even know he went," Amanda notes. "It was our mom who told me, and she said he was supposed to return in late July. That's when we started calling him, and he wasn't answering — but he told us before he left that they weren't going to have service out there, because he was in the mountains."

Amanda stresses that Jacob had no history of going off the grid for long stretches at a time: "He wasn't the type of person to do that, because he wouldn't have wanted us to worry. And he made plans to go hiking with my brother, who lives in North Carolina, in early to mid-August."

Around that time, Amanda found Annual Rainbow Family Gathering of the Tribes, an active and sizable Facebook group that lists more than 27,000 members. On August 4, she posted: "I'm looking for my brother who was at the gathering in Colorado. Nobody in my family has been able to get a hold of him, his name is Jacob Cyr. Can anyone help?"

Another photo of Jacob Cyr.
Courtesy of Amanda Cyr
Members of the community responded, including a woman who revealed that Jacob's phone and wallet had turned up among lost-and-found belongings during the cleanup. "She also said Jacob wanted to go hiking in the mountains and she told him not to, but he went anyway," Amanda says.

Armed with this information, Amanda contacted the Routt County Sheriff's Office on August 8 and provided staffers with the woman's best guess about where Jacob had planned to hike. Three days later, according to Undersheriff Scherar: "Routt County Search and Rescue went out with the sheriff's office drone pilot. They searched about 1,000 acres via drone and then took the footage back to Search and Rescue and analyzed it on their high-definition TV to narrow down an area for a foot search. They went back out on August 13 with volunteers and dogs to search a more precise, approximately 300-acres area. But no clues were found."

At this point, Scherar continues, "Search and Rescue isn't going to go back into the field unless we get new information that might pinpoint a better area for the search."

That leaves the members of Cyr's family in limbo, fearing the worst but hoping that Jacob will simply walk out of the woods one day soon with an inspiring survival tale — something that's certainly possible, since cold weather has not yet hit Routt County.

In the meantime, Amanda has been regularly sharing posts on social media, including a happy birthday wish for Jacob on August 20. "Other than that, I don't really know what else to do," she concedes. "I'm coping a little better now, but I probably didn't eat for a week. I was 130 pounds, and I'm down to 110. I was small to begin with, and now I'm skin and bones. I haven't slept. I've cried every single night. I can barely function, and the rest of the family is the same. We just want to see Jacob again."

Anyone with information about Jacob Cyr can contact the Routt County Sheriff's Office at 970-879-1090.
KEEP WESTWORD FREE... Since we started Westword, it has been defined as the free, independent voice of Denver, and we'd like to keep it that way. With local media under siege, it's more important than ever for us to rally support behind funding our local journalism. You can help by participating in our "I Support" program, allowing us to keep offering readers access to our incisive coverage of local news, food and culture with no paywalls.
Make a one-time donation today for as little as $1.