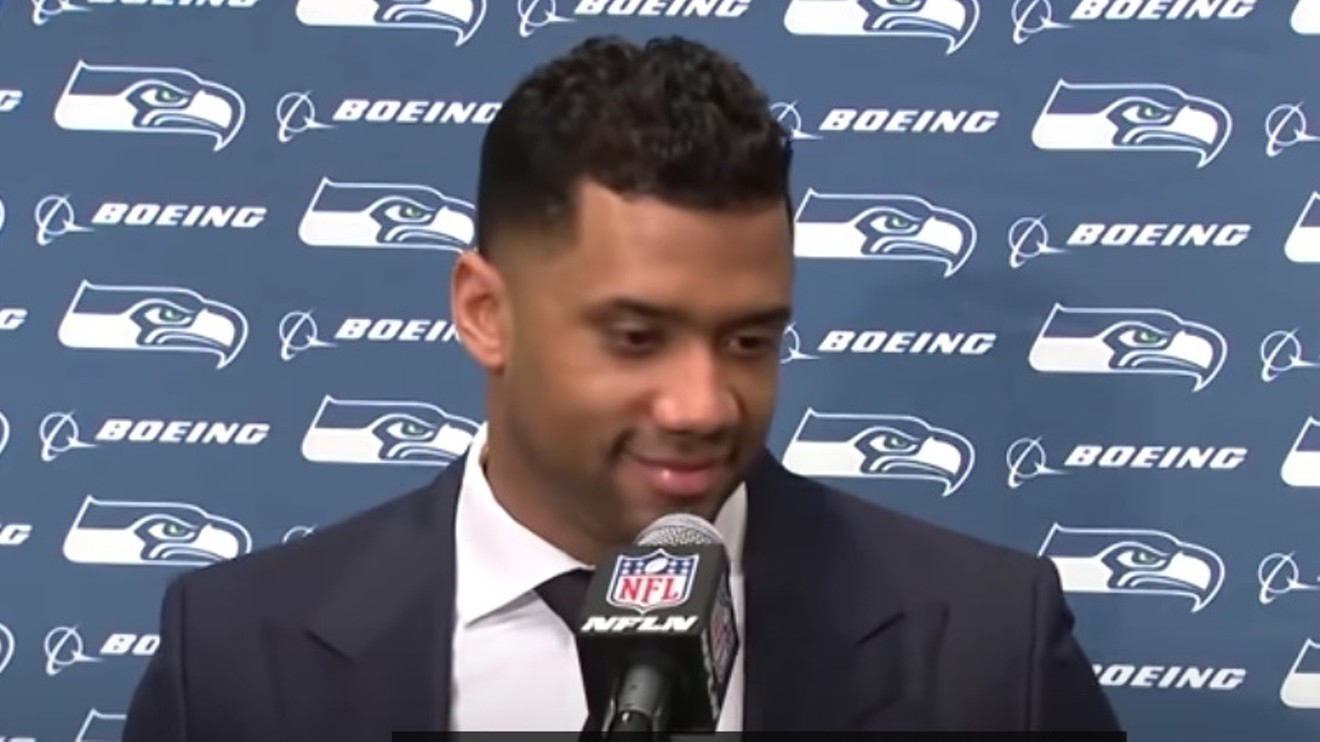 Details of the deal, which is contingent on Wilson waiving his no-trade clause and passing a physical (both of which are expected), as tweeted by ESPN's Adam Schefter: two first-round draft picks, two second-round draft picks and a fifth-round draft pick, plus tight end Noah Fant, defensive lineman Shelby Harris and disappointing signal caller Drew Lock.

The development is, quite simply, a wow — and one that contains multiple ironies.

Irony one: In the video below, Wilson notes the date of June 8, 2010, when he became a fourth-round pick of a professional squad based in the Mile High City: the Colorado Rockies. "I'm fired up," he says. "One of the biggest moments of my life."

Irony two: As noted in ESPN's ongoing coverage of the transaction, Broncos executive John Elway passed on Russell Wilson in the NFL draft in favor of a big lug named Brock Osweiler.

Irony three: Wilson won Super Bowl XLVIII in 2014 by absolutely pummeling the Broncos by a final score of 43-8. And at the time, the man under center for Denver was Peyton Manning.

Over the past couple of years, Wilson has made noises about potentially leaving Seattle, and the possibility of him winding up in Denver has been a subject of discussion in recent months — but not nearly to the degree that the prospect of landing Rodgers has been. Indeed, Rodgers was rumored to be on the way to Colorado in an April 2021 draft day blockbuster — and while that obviously didn't happen, his ongoing gripes about the Packers, not to mention his engagement to actress Shailene Woodley, who reportedly lived part-time in the Boulder area, fueled speculation that he might be headed our way in 2022.

This prospect would have been a mixed blessing, as we acknowledged in our January item "Aaron Rodgers: Should Broncos Fans Even Want This Jerk?" Two questions from that piece: "Should the team shoot the works to lure Rodgers, an undeniably great talent who would represent a roughly 1 billion percent upgrade over Teddy Bridgewater and Drew Lock? Or should the team ignore him because he's a narcissistic diva and morally dubious anti-vaxer who has spent the last decade losing playoff games that his squad was supposed to win?"

As the weeks passed, the odds that Rodgers was simply using the Broncos to score a windfall from the Packers continued to rise — especially after he and Woodley split last month. And now, after that dumping, Rodgers figuratively sent Denver a Dear John letter, too, in the form of his signature on a contract with Green Bay estimated to be worth $200 million, $153 million of which is guaranteed.

While Rodgers is a divisive personality, Wilson absolutely is not — and while he has a celebrity wife (singer Ciara), they're not exactly Carmelo Anthony and La La. Once all the particulars are sorted, he will instantly become the biggest star in Colorado whenever Peyton Manning is filming an episode of Saturday Night Live, and he gives fans of the franchise the sort of hope that's been in short supply over recent years.

What a beautiful day for Broncos Country.