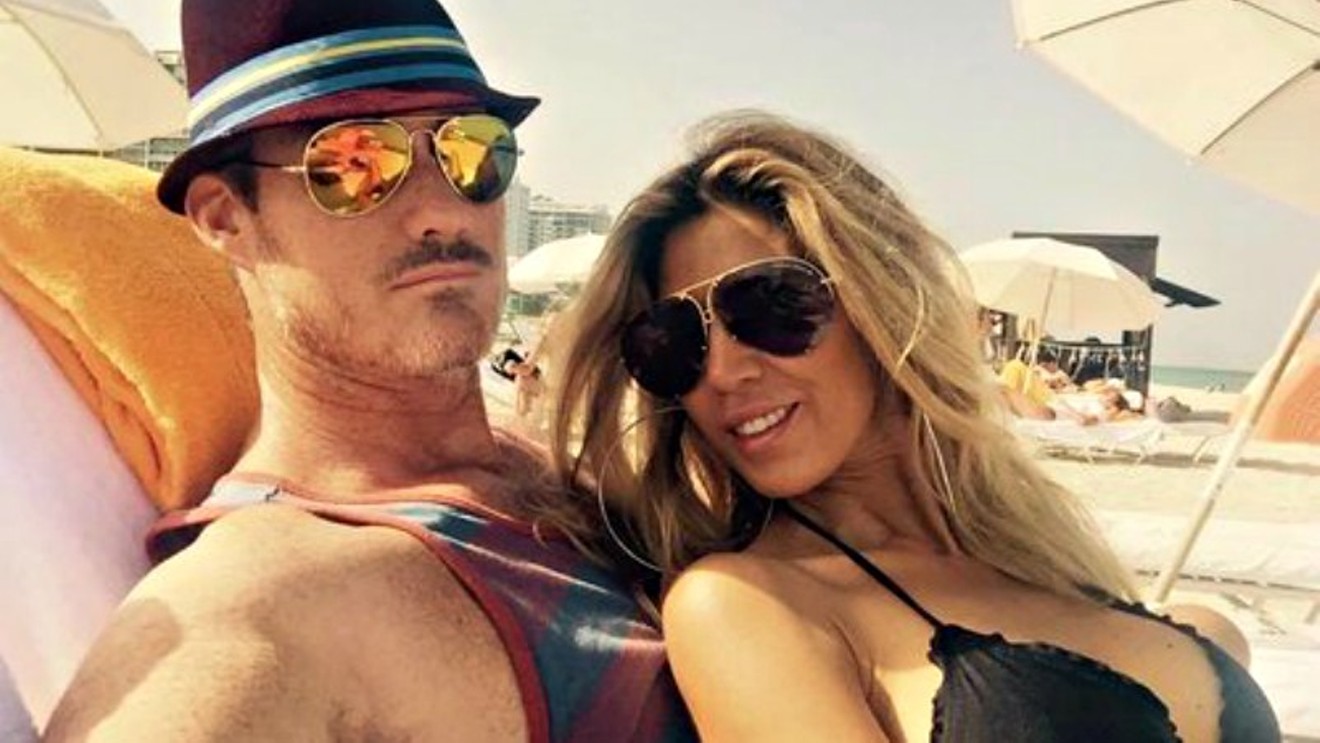 Scott and Janette Pack in photos said to have been taken in Miami over the summer. harmonyandgreen.com
Entrepreneur Scott Pack is the target of an amended lawsuit that builds on a complaint about what the attorney who filed the first one called the largest marijuana fraud case in Colorado history. Pack was also the subject of a surprising attack on the website of his old company, Harmony & Green, in which what were described as former employees juxtaposed apologies for his actions with photos that portrayed him as living it up after being indicted by an Arapahoe County grand jury for allegedly ripping off investors for as much as $10 million.

At this writing, the apology has disappeared from the Harmony & Green site, a web destination marked by both mystery and inconsistency. The company doesn't seem to be currently in operation — we received no response to outreach efforts — and much of the its text appears to predate the filing of the criminal case, including the "team" section listing Scott Pack and fellow indictee Rudy Saenz as chief operating officer and director, respectively.

But for months (and as recently as last week), this material was contradicted by a "Sorry" tab on the home page that linked to a document entitled "A Long Overdue Public Apology." It began like so: "Harmony & Green's former employees would like to offer a public apology to the company's investors and their families. You were defrauded by the CEO, Scott Pack, and his partner, Rudy Saenz. You have been disregarded, lied to and kept in the dark. So were we. You deserved better. You are good people who trusted in a vision that was peddled to you by people who never had any intention of living up to its lofty idealism."

The statement continued: "There was no integrity in Harmony & Green, and as the months passed, and the disrespect to you and your investments became obvious to those of us watching, it became more and more apparent that your money was not in safe hands. It was being used flagrantly and incompetently. At best your money was in the hands of two greedy idiots. At worst it was in the hands of two criminals. The courts will decide." 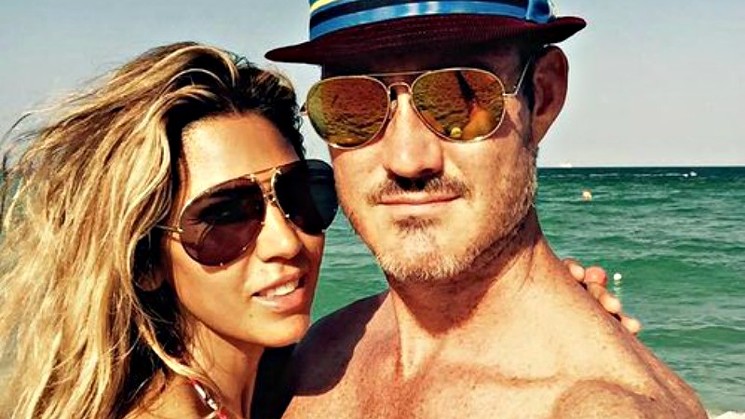 Another Miami vacation photo.
harmonyandgreen.com
In remarks shared with Westword in April, after the first suit was filed but prior to the indictment, Scott denied any wrongdoing. His stated: "We have structured our business abiding by the governing laws and regulations and there is no reason why we would need to deceive our stakeholders, who still hold value in our company. We deny the allegations in this case, which will easily be proven false once facts and evidence are revealed in court."

Civil litigation against Pack began with a suit filed against him by attorney Matthew Buck on behalf of Pierre and Christophe Raygot, a pair of investors who claim to have been bilked out of $500,000. Also named was Michael Pack, father of Scott and a wealthy real estate developer based in San Diego. But according to lawyer Henry Baskerville, who now represents the Raygots and filed the new suit, legal complications ensued.

"The defendants, and specifically Scott Pack, filed a motion to disqualify Matt Buck," Baskerville says. "They argued that Mr. Pack had previously been represented by Matt Buck's partner, Rob Corry. Scott Pack had apparently come to their law firm looking for advice, and there was some dispute about whether he actually became a client or not — but the court determined that there were sufficient facts to create a conflict of interest between Matt Buck and Mr. Corry suing Scott Pack. So the court disqualified them from representing the plaintiffs."

The Raygots, who are both foreign nationals (Pierre is from Thailand, Christophe is based in Portugal) subsequently secured the services of Baskerville, who notes that the main events covered in the amended suit, accessible below in its entirety, took place in 2015, when non-Colorado residents weren't allowed to put money directly into a cannabis concern here. The law was changed the following year.

The Harmony & Green caption on this photo reads: "Scott Pack and Jannette Pack on the roof of the luxury apartment they rented for themselves that was paid for by the company."
harmonyandgreen.com
"At the time, Pierre could not invest directly in a marijuana business," Baskerville points out. "So it was represented to him that the legal way he could still participate in the industry was to invest in a company that would eventually own or manage properties in which a grow would operate. But he was given some conflicting information about what the structure would be, which is what we've tried to convey in the second amended complaint."

He adds: "From what we've been able to gather so far, it appears that the money was funneled directly into the marijuana business, and we believe it was used to repay other investors or funneled into the Packs' pockets."

The new complaint also "provides more details about what we believe to be false statements made to our clients," Baskerville goes on. For instance, Scott allegedly claimed that Harmony & Green "was worth $10 million, and he said he'd invested $2.5 million and Rudy's wife had invested $4 million. That wasn't true, from what we could tell."

Life is a beach.
harmonyandgreen.com
In addition, Baskerville says, "there's a back-and-forth where Scott said they received $5 million in funding. We think that's false, too. And there's a long, detailed Facebook conversation where Scott said they needed a bridge loan of $400,000 because they had the opportunity to purchase a property for $1.6 million. Scott said they only needed the money for thirty to ninety days, and because they'd be getting a mid-month cash infusion of $500,000, the risk would be virtually nothing. But as far as we can tell, that was completely made up."

Such accusations from the lawsuit are couched in cautious legalese. But the public apology previously on the Harmony & Green site was far more blunt. The jeremiad maintained that after dad Michael paid for his son's bail and attorney's fees, Scott flew to Miami with Janette Pack, his significant other. The two of them were shown cavorting on the beach or canoodling outside "their $5K a month Harmony and Green 'office'" in Cherry Creek."

For all of this, the page's anonymous author wrote: "We are sorry. You deserved better. You were played. So were we."

The marijuana industry "deserves better than to have these two men drag it down to their depths," the salvo went on. "Too many people have toiled long and hard to fight for our rights to access this medicine and to decriminalize this healing plant. Too many good people are behind bars for possession of a herb. There is still much work to be done, and this case is a distraction and a blow to the cause."