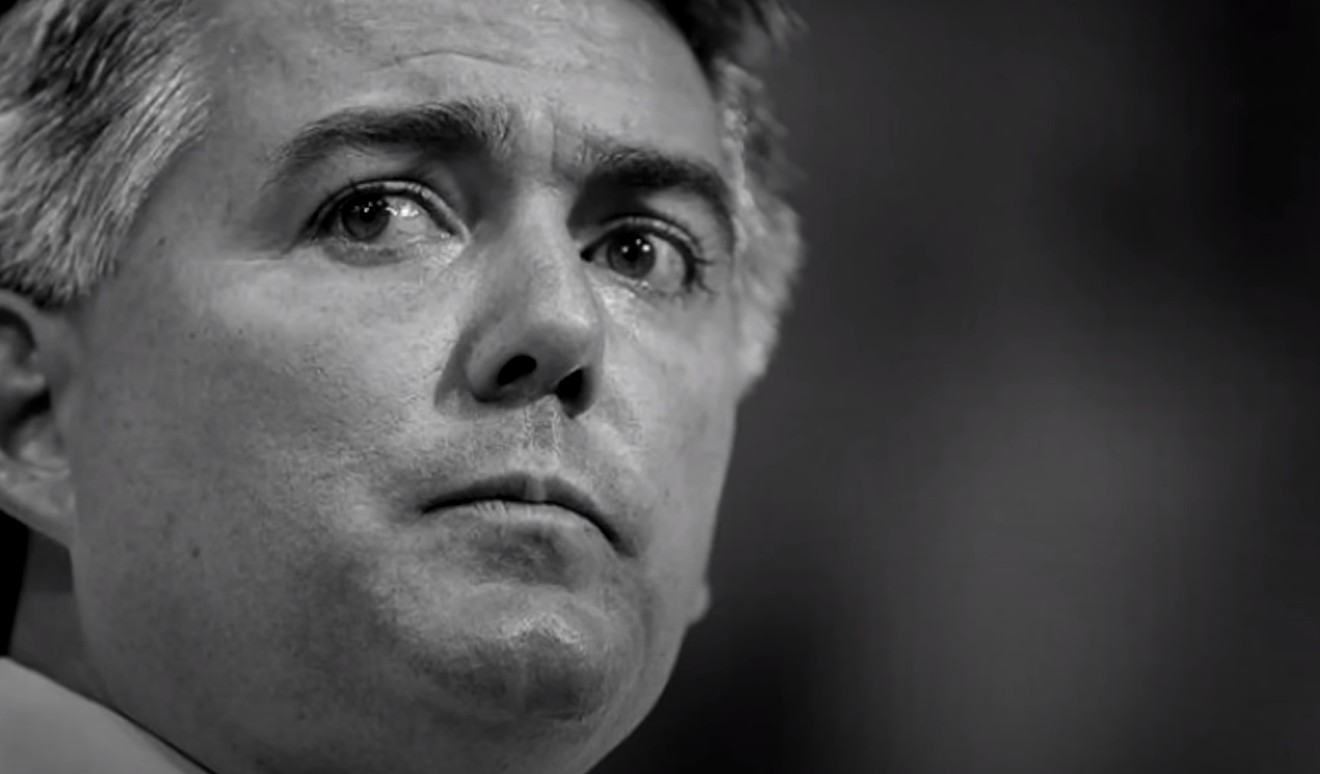 Cory Gardner, you can stop wondering where that next paycheck is coming from. YouTube
The people of Colorado have spoken, and they’ve given Cory Gardner his walking papers, replacing the Republican with former governor John Hickenlooper. After six years in the U.S. Senate, Gardner is now back in the job market...like so many other Coloradans during the COVID-19 pandemic.

In appreciation of his service to our state over the years, we wanted to give Gardner a hand up as he looks for a new line of work — you know, if the whole oil-company lobbyist thing doesn’t work out, or he doesn’t get a plum position on TrumpTV. 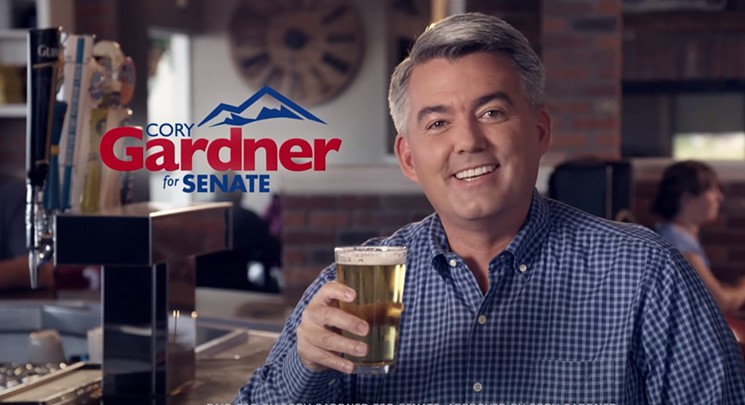 "Me? I just like beer."
YouTube
Stay-at-Home Dad Who Likes Beer
According to Gardner’s campaign ads, he deserved another six years in the Senate because, among other things, he was a guy who liked to vacation with his family, and he didn’t make beer but liked to drink it. (He was also a terrible therapist, but that's not at issue here.) While those leisure activities didn’t move Coloradans to give Gardner another six years in D.C., he now has the chance to spend a hell of a lot more time with that family, drinking all the beer he wants. Cheers!

Docent at the John F. Kennedy Presidential Library
Gardner invoked the Kennedy name again in his concession speech on November 3, even after being chastised as “a disgrace” by Kerry Kennedy for his presumptuous self-comparison to her “Uncle Jack” in one of his last campaign ads. Clearly, Gardner is something of a Kennedy fanboy. Maybe he can put some of that passion to use by moving the family to Boston, which not only has plenty of beer, but also the JFK library. Or he could simply switch his party affiliation, stay in Colorado, and start working consistently for Democratic principles. Either way.

Cartographer
But he'll have to take some basic geography classes first. Lesson one: The Grand Canyon is in Arizona.

Subway Pitchman
Gardner is used to being in the public eye, so perhaps he should look into shilling for Subway, which seems to be hiring tons of conservative semi-celebrities for its ads these days, including Bill Belichick. (Why Subway thinks that the NFL’s most prolific cheater is the perfect replacement for Jared, its famous pedophile friend, is an open question.) What’s Gardner’s sandwich of choice? A single piece of flatbread. He calls it a “Cardboard Cory.” 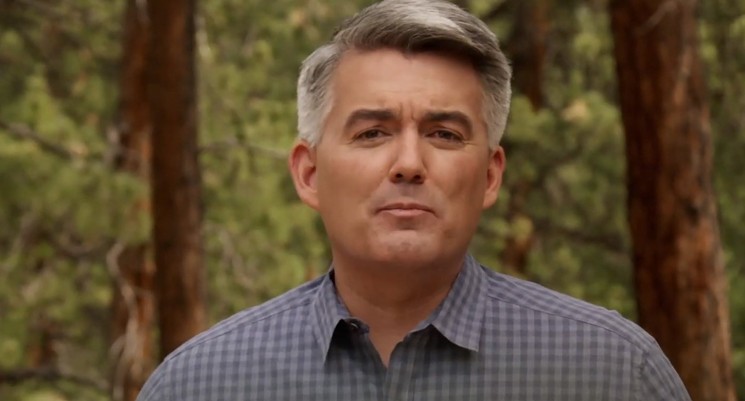 You can tell Cory is outdoorsy and sincere just from his shirt.
YouTube
Hands-On Conservationist
Gardner’s main claim to fame in the Senate was the Great American Outdoors Act, a significant piece of legislation that has real ramifications for the National Parks system and Colorado, specifically. While that wasn't enough to get him a second term, it might be a key to Gardner's post-political job prospects, since much of that act funds deferred maintenance in America’s national forests, parks, wildlife refuges and other federal lands. There’s lots of work to do, Cory. Grab a shovel.

Light Rail Conductor
It’s a match made in heaven — or at least on the A Line. Denver RTD has been in desperate need of more drivers for years, and now Gardner needs a gig. And really, who better for a job where you can get away with just not showing up about half the time?

Telemarketer
Gardner has proven himself to be pretty good at outgoing pre-recorded calls asking for money. A specialist, really, particularly given that he's so bad at returning any incoming calls, especially from reporters. "Hi, I'm Cory Gardner, and I'd like to talk to you about your automotive warranty..."

Car Salesman at Rocky’s Autos
Seriously, a smile that cheesy? Damn, that’s going to move some late-model used cars. Cory, this is Shagman. Shagman, Cory. It’s just you two now: Officer Odell and Audra had to be laid off because of the pandemic. 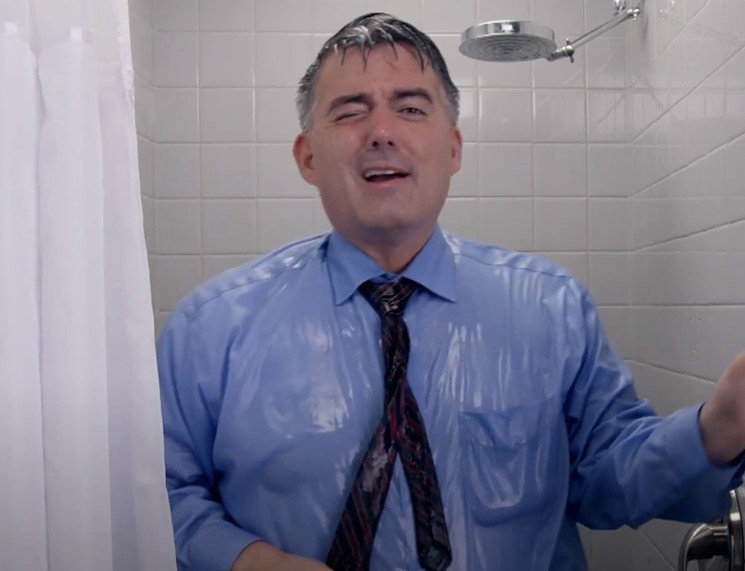 Cory Gardner has high-quality pictures and a nice variety of poses.
YouTube
Exploretalent.com Model
Looks like Lauren Boebert won’t need her modeling backup plan for the next couple of years. So, Cory Gardner:
What do you say when you look in a mirror?
KEEP WESTWORD FREE... Since we started Westword, it has been defined as the free, independent voice of Denver, and we'd like to keep it that way. With local media under siege, it's more important than ever for us to rally support behind funding our local journalism. You can help by participating in our "I Support" program, allowing us to keep offering readers access to our incisive coverage of local news, food and culture with no paywalls.
Make a one-time donation today for as little as $1.