A-Basin. justinknabb at Flickr
Usually, heavy snows in the mountains are good for ski areas — but this last week has proven that even when it comes to snowfalls and skiing, there can be too much of a good thing. A-Basin shut down on January 10 because of heavy snows and avalanche danger.

A-Basin’s responsible decision-making (not only did it close on Tuesday, but it was only open for “limited skiing services” on Wednesday) raises the specter of avalanche danger in our state. It's one of those things that no one likes to talk about, but we have to in order to prevent disasters like the ten below and ensure that no more lives are lost.


10. Loveland avalanche (2013)
This is the only entry from our earlier list of Colorado ski disasters to make this list — because the number of dead (five) is on the low side in terms of Colorado’s avalanches, and most of the victims of those historic snow-slides weren’t recreationalists. But on April 20, 2013, five experienced skiers fell due to a sudden slide in the Sheep Creek drainage near Loveland. It was originally a group of six; one managed to crawl to safety. This Loveland slide stands as the most deadly ski-related avalanche in Colorado. Monarch Pass.
J. Stephen Conn at Flickr
9. Monarch, Chaffee County (1907)
One of the few entries on this list that took residents and not miners, the Monarch slide on February 5, 1907, came down shallow slopes that had been considered by the residents to be safe from avalanche danger. The surprise snow took out a boardinghouse and two saloons, killing six in the process, including a saloon proprietor, who died when a full keg of beer fell on him during the event. Twin Lakes.
mark goble at Flickr
8. Twin Lakes, Lake County (1962)
The Twin Lakes Disaster is still well remembered in modern Colorado history. It was just 55 years ago, on January 21, when a slide destroyed four homes and trapped nine people, killing seven. The avalanche happened around 5 a.m., so the victims were still in their beds when snow came crashing down Mt. Elbert from 13,000 feet. 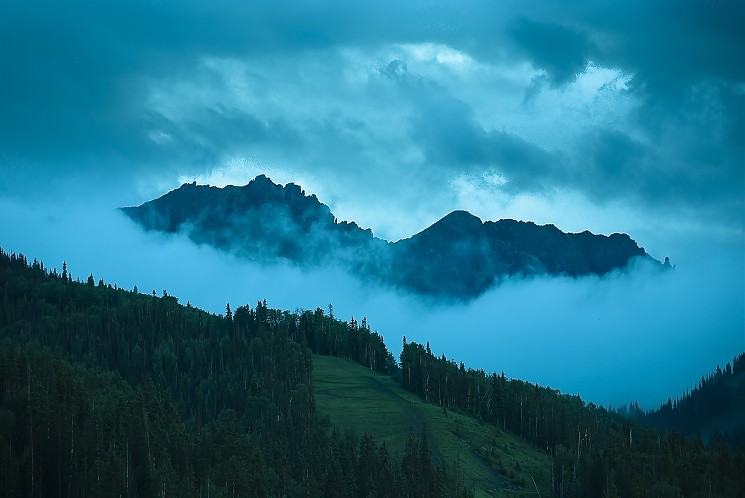 Telluride.
Matt North at Flickr
7. Mendota Mine over Telluride, San Miguel County (1883)
It was almost Christmas in 1883 — December 23, to be exact — when an avalanche swept away most of the buildings at the Mendota Mine, including the shaft house where miners were just beginning to rise for work. Eight men were killed. Park County.
US Geological Survey at Flickr
6. Whale Mine in Hall Valley, Park County (1877)
Another sad tale of miners in the wrong place at the wrong time happened on January 7, 1877, when an avalanche took out the bunkhouse of the Whale Mine, killing eight miners as they slept. Very little record remains from this slide beyond the death toll.

Keep reading for the most dangerous avalanches in Colorado history.