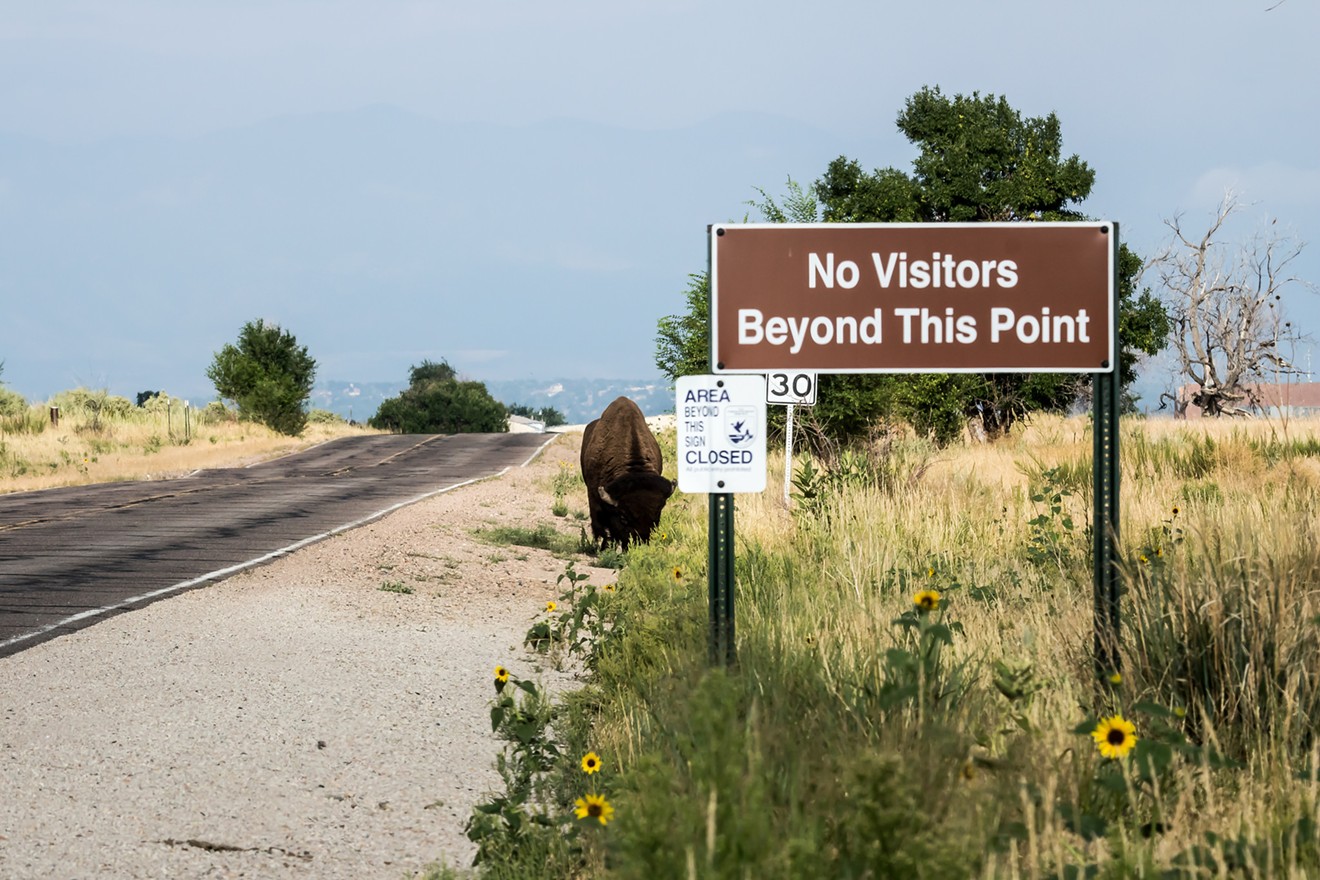 Yes, yes: irony. I get it. It's very funny. I'm going to tell all my buffalo friends about how funny this is. Mark Byzewski at Flickr

The National Parks are busy preparing for the throngs of summer visitors. Also preparing are the many species of wildlife that are sincerely and extremely thrilled to become a part of your seasonal memories, Facebook photos and stories that you will share with family and friends at barbecues. No, really. They want you to know that they just live for that sort of shit.

However, the folks at CSU and the National Park Service would like to remind you that animals aren’t just cute and awesome — they can also kill you! And you can kill them, if you’re not careful, or get them killed by over-familiarizing them with human beings, or freak them out to the point that they become a danger to themselves or others. There are a whole lot of basic rules that everyone should remember when they’re out enjoying the wilderness — but the experts may have missed a few things. Hey, no one’s perfect, right? So, wildlife experts and animal lovers, here are ten more rules to follow. You’re welcome.

Put down that yarn and walk away. The laser pointer, too. Walk. Away.
UFS Mountain-Prairie at Flickr
10. Do Not Throw Mountain Lions Balls of Yarn
It doesn’t really matter if your cats have always loved it: If you throw a ball of yarn at a great cat, you will die knowing that the last thing you did was hit a cougar in the face with a ball of yarn. It isn’t a terrible last thing to do, but still, you want to put off that “last thing” for a while, because there’s no Beetlejuician waiting room where you actually get to tell that awesome story of your pointless demise.


9. Remember: Real Bears Do Not Ask for Picnic Baskets
Chances are if one does, that’s a dude in a bear suit. New rule: Also keep a safe distance from dudes in bear suits. You don’t know what’s up with that, and you’re probably better off not knowing.

You know what's criminal? No lime.
BiblioArchives/LibraryArchives at Flickr
8. Don’t Use Salt Licks in Colorado
Salt licks are illegal, and not just because their use is considered “baiting” wildlife, which draws moose, elk, deer and similar wildlife into areas and situations that may endanger them, people and property. It’s also terrible on popcorn and an intensely ineffective way to rim a margarita glass.

Profile shots from the right, man. Only from the right.
Mark Byzewski at Flickr
7. Be Considerate
It’s important to ask for permission before hiking or wildlife-watching on private land — but very few people remember to ask for permission from the elk before snapping shots of the herd. It doesn’t take much in terms of time and effort — a few short forms (notarized, of course), along with a small sitting fee (because the average bull elk has between six and ten offspring…that he knows of, if you know what I mean), makes a huge difference in the life cycle of one of Colorado’s most majestic and financially demanding creatures. What is that, a Nikon D7000? I prefer the 810.
Nicolaj Thomsen at Flickr
6. Bring the Good Camera
Wildlife generally prefers their images captured with high-end SLRs, with at least a modest selection of zooms and filters. If all you have is a phone, nothing less than an iPhone 8 (or the equivalent) will be allowed within the confines of public space in Colorado.