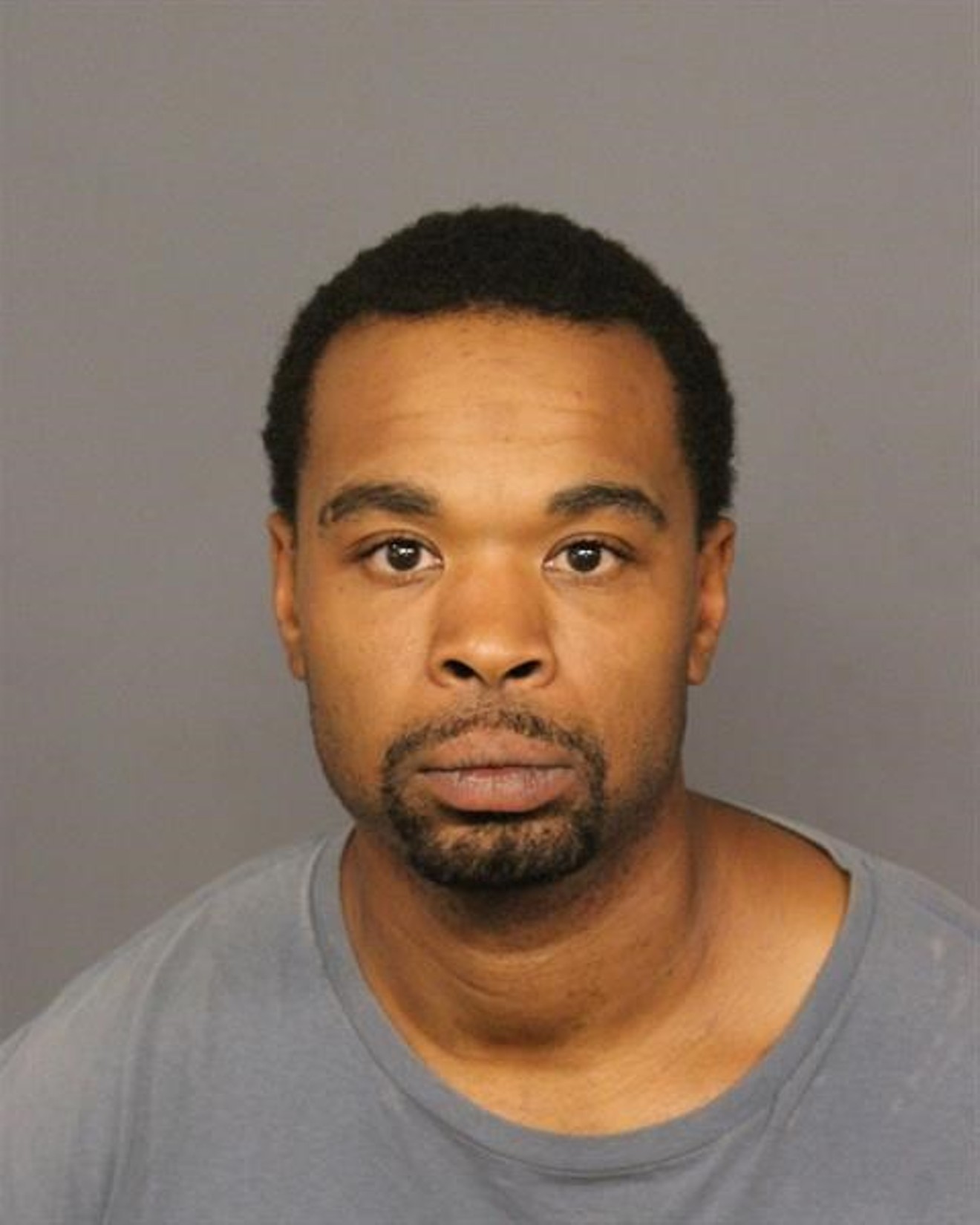 Maurice Butler DPD
A trial date has been set for Maurice Butler, the man suspected of fatally shooting three individuals who had been sleeping outside near the South Broadway and I-25 interchange on the night of August 8, 2018. The full jury trial — which will last for at least five days, according to prosecutors — is scheduled to begin in July.

Other details about the case, including witnesses who will take the stand, were also revealed during Butler's arraignment hearing this morning, January 11, at the Lindsey Flanigan Courthouse.

According to the suspect's two public defenders, Butler, 38, will plead not guilty to multiple counts of first-degree murder relating to three victims — 28-year-old Nicole Boston, 39-year-old Jerome Coronado and 45-year-old Christopher Zamudio — who were shot and killed as they camped together near an RTD station (“Hitting Home,” September 10). The three victims were experiencing homelessness at the time of their deaths and struggled with addiction.

As the police investigation got under way, a detective told Boston's mother, Connie Jones, that DPD's only named suspect, Butler, had been “familiar” with her daughter. The police also told Jones that members of Denver's homeless community had helped identify Butler.

Friends and family at the November unveiling of a mural honoring the victims of the triple homicide.
Chris Walker
Chief Deputy District Attorney Joe Morales said the DA's office would not try to cut a plea deal with Butler. And his public defenders tried to ask for more time to conduct their own investigation for Butler's defense, telling the judge that they'd received over 15,000 documents during discovery.

But Morales argued that it was important to start the trial because some of the witnesses who will take the stand are homeless or dealing with addiction, and that as more time passes, it will be increasingly difficult to keep track of their whereabouts.

Unless additional motions are made, Butler's jury trial will begin on July 16. While there is a distinct possibility the trial could be moved, under Colorado's “speedy trial” rules, a trial must take place within six months of a not-guilty plea, so December 2, 2019, has been identified by the court as the latest possible start for Butler's trial.

Butler did not say anything throughout the arraignment until he was asked by the judge if he understood the discussions between the attorneys about potential upcoming trial dates. “Yes,” Butler said, before a bailiff escorted him out of the courtroom.

Some of Boston's and Coronado's family members sat in the courtroom gallery. In November, they had attended the unveiling of a mural underneath the I-25 overpass on Broadway honoring the deceased.
KEEP WESTWORD FREE... Since we started Westword, it has been defined as the free, independent voice of Denver, and we'd like to keep it that way. With local media under siege, it's more important than ever for us to rally support behind funding our local journalism. You can help by participating in our "I Support" program, allowing us to keep offering readers access to our incisive coverage of local news, food and culture with no paywalls.
Make a one-time donation today for as little as $1.