Trying to Stop Court Delay Requests Because of Government Shutdown 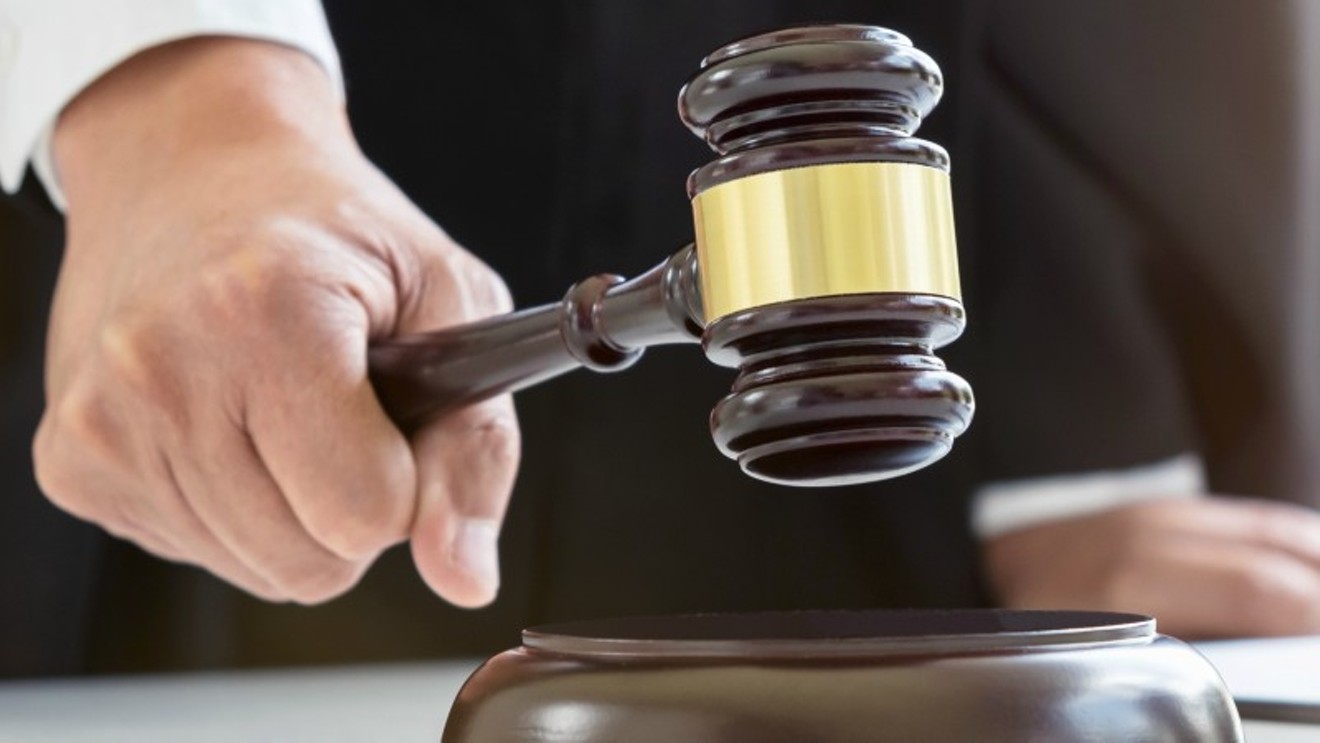 Pattanaphong Khuankaew/iStock
The partial U.S. government shutdown, which is entering its 31st day with no end in sight (President Donald Trump's weekend offer has been pronounced dead on arrival), is affecting more than natural wonders such as Rocky Mountain National Park. It's also causing turmoil in federal courts across the country, including in Colorado, where attorney David Lane is trying to stop government lawyers from requesting, and being granted, delays in filings and proceedings because they're not supposed to be on the job until funding is restored.

Although the feds were granted a postponement in a current, and shocking, case involving one of Lane's clients, an inmate named Alec Arapahoe, he has filed a response in U.S. District Court that he hopes will change that. The delay motion and Lane's response are accessible below, along with three exhibits highlighting documents in which judges in other districts reject pleas to put off court actions because of the shutdown.

"Slowly, federal judges are growing some backbone," Lane says. "They're saying, 'The fact that your boss is choosing not to pay you despite having the money to do so isn't good cause to essentially shut down the court system.'"

The then-twenty-year-old Arapahoe was arrested in January 2013 on accusations that he'd tased his grandmother and great-aunt. According to Lane, he subsequently became "a federal prisoner in the Bureau of Prisons in Florence, where he was chased off the yard by some gangbangers. They said, 'You're gay. We don't let gays on the yard.'"

Alec Arapahoe's 2013 booking photo.
Longmont Police Department
Shortly thereafter, Lane goes on, Arapahoe "ended up checking into protective custody. At that point, he had no freedom to move about anywhere. He was locked down, but at least he was safe."

That changed after "the inmate who threatened him, a guy named William Mexican, wound up being disciplined for something. They sent him to administrative segregation — and they not only put him in the same unit as Alec, but in the same cell. And over a three-day period, Mexican brutally beat and repeatedly raped Alec Arapahoe."

Mexican was subsequently charged over his actions and pleaded guilty. But, Lane says, "We're suing the Bureau of Prisons for failing to protect Alec — and we're seeking to add a bunch of plaintiffs." On top of that, "the government wants to maintain the confidentiality of some disciplinary reports — they disciplined a bunch of officers for this — and we oppose it. That's being briefed, and the government wanted more time to file its paperwork."

This entreaty was made to Magistrate Judge Scott T. Varholak by way of what Lane describes as "boilerplate language" in the opposing attorneys' aforementioned motion. An excerpt reads in part: "Because this funding lapse has continued, and because undersigned counsel is not permitted to work and has been placed on furlough status, Defendant United States requests that the Court extend the United States’ deadline to file a reply...to seven days after appropriations have been restored to the Department of Justice. Defendant United States also requests that the Court vacate the Motions Hearing that is set for January 25, 2019, at 10:30 a.m. and reset it for a date approximately one week after the reply is filed."

Varholak granted the extension, albeit in a somewhat impatient manner. His order "cautions the United States that the granting of this limited extension does not guarantee that the Court will grant additional continuances if appropriations are not restored in advance of the reset deadlines," which aren't as open-ended as the feds wanted. A new motion hearing has been scheduled for February 27.

Attorney David Lane doesn't think the shutdown is an adequate excuse for delays.
9News file photo
That struck Lane as unjustified, as he makes clear in his response, filed with the court of Senior United States District Judge Richard Matsch. Lane points out that Matsch "issued a warning to the government in an unrelated case, saying, 'I'll give you until January 28, and after that, there will be no extensions.'"

Lane hopes that the attorneys representing the Bureau of Prisons in the Arapahoe case earn an even sharper rebuke. "Basically, what they're saying to the judicial branch is, 'We want to put you guys out of business until the government can get its shit together.' And the judicial branch, in my opinion, should say, 'No. We're an independent branch of the government. If you're too disorganized to litigate a case in court, that's your problem."

The practical effect of such an approach would be huge, he goes on. "In federal court, if a motion is filed and it's not responded to, it's deemed confessed — which basically means that if you give up, you agree. The court will say, 'Well, the government didn't oppose the motion, so I'm going to grant it.' And that could be devastating to government cases across the country." For example, "If the government is a plaintiff in a case, it could be dismissed for failure to prosecute."

That would suit Lane just fine. As the shutdown grinds on, he hopes Matsch and other federal judges will tell government lawyers, "We run the court system, not you. You don't get to tell us deadlines and say, 'I'll get to it when my boss decides to pay me.'"

Click to read the motion for extension in the Alec Arapahoe case, the response to the motion, and the first, second and third exhibits in support of the response.
KEEP WESTWORD FREE... Since we started Westword, it has been defined as the free, independent voice of Denver, and we'd like to keep it that way. With local media under siege, it's more important than ever for us to rally support behind funding our local journalism. You can help by participating in our "I Support" program, allowing us to keep offering readers access to our incisive coverage of local news, food and culture with no paywalls.
Make a one-time donation today for as little as $1.