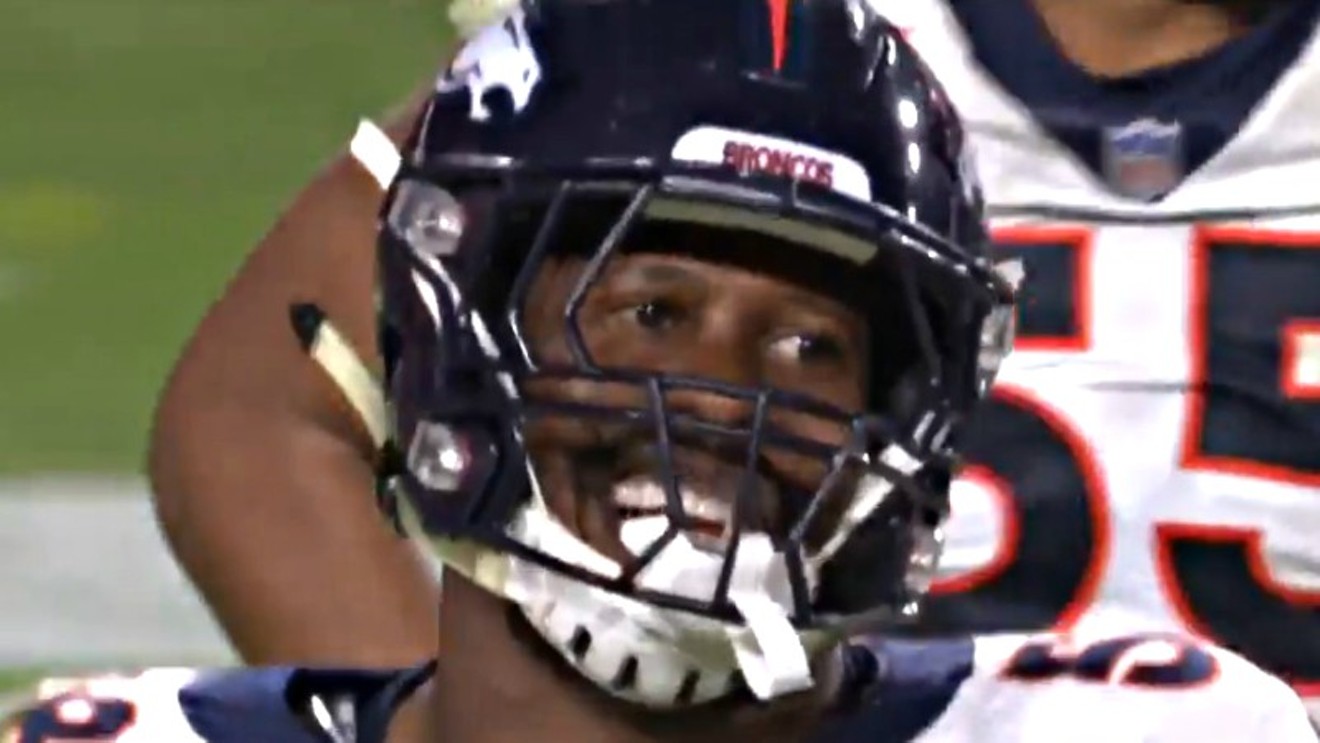 The victory saved the jobs of head coach Vance Joseph and defensive coordinator Joe Woods, at least for now, and gave fans who've been battered by lackluster play on both sides of the ball a reason to smile as widely as D-Town superstar Von Miller, whose pre-game pledge that he would kick the Cards' asses came true.

But on Twitter, fans were split about whether the game was a coming-out party for the real Broncos — the team everyone hoped to see this year — or fool's gold reflecting the mega-mediocrity of their opponents.

The Cardinals were terrible, indeed, with highly touted rookie quarterback Josh Rosen looking way less than ready for prime time. His first pass of the game turned into a pick-six for Denver linebacker Todd Davis — a duplication of the gift touchdown handed to the Broncos earlier this month by another first-year starter, the New York Jets' Sam Darnold.

Versus the Jets, another lousy team, the good news pretty much stopped there. But not last night, which turned into a virtual Broncos highlight reel, thanks in part to more imaginative and aggressive play-calling by Woods and offensive coordinator Bill Musgrave, whose seat has been getting hot, too. A touchdown pass to Courtland Sutton thrown by fellow receiver Emmanuel Sanders? Sure. Another interception return for a score, this time by Chris Harris Jr.? You bet. A 64-yard TD drive that consisted of one play, a Case Keenum bomb to Sanders? Bring it on. A fifteen-play march to the end zone that killed the rest of the clock and crushed the Cardinals' spirit in a methodically brutal way? Yas queen.

Broncos boosters were understandably thrilled by the results. But many were also wary of considering the outcome a harbinger, particularly since Denver's next opponents are the Kansas City Chiefs, against whom they choked on national TV mere weeks ago.

So have the Broncos turned a corner? Or do they remain crappy despite the big win? Count down our choices for the debate's twenty most memorable tweets below.