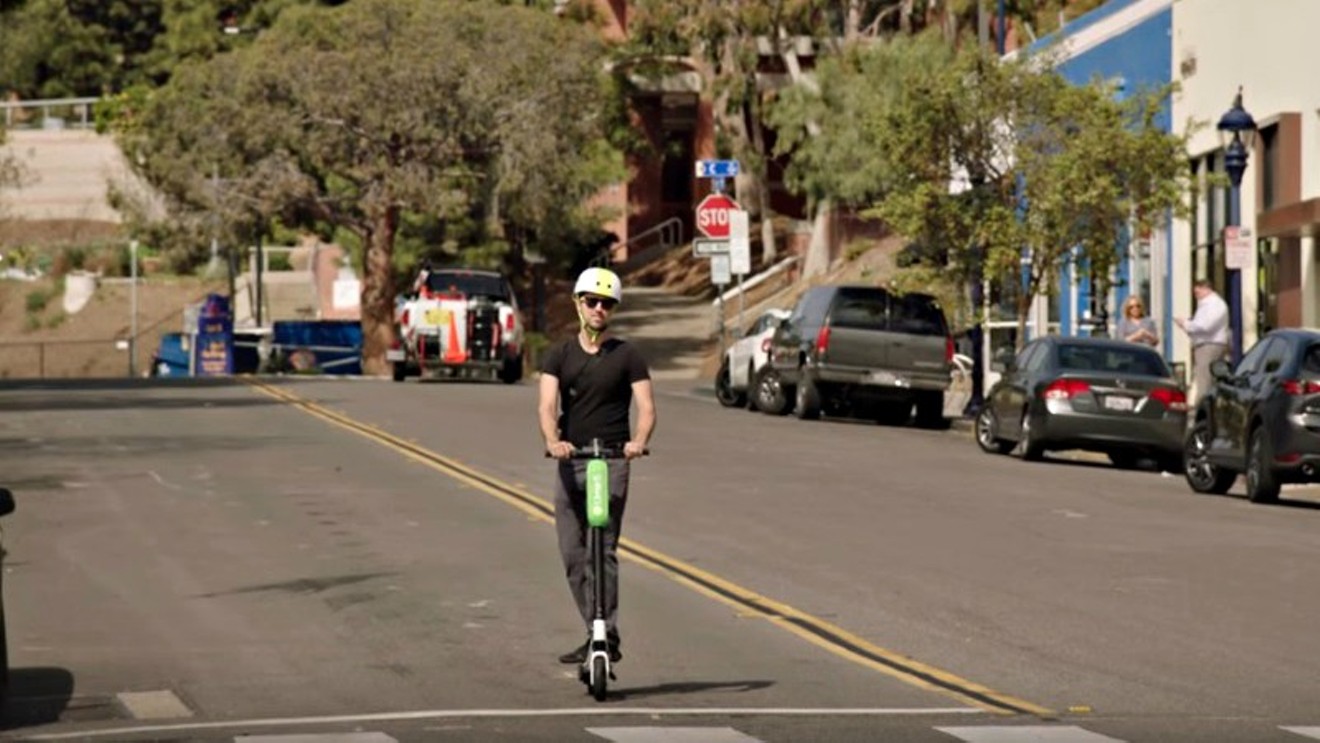 If this guy was in Denver, he'd be breaking the law. Lime via YouTube
In recent months, stand-up electric scooters have proliferated throughout Denver, much to the chagrin of many drivers, who see the vehicles as crashes waiting to happen thanks to the way some users zip in and out of traffic.

Turns out they're right. According to the Denver Police Department, eleven accidents and two additional offenses involving the scooters have taken place in the city during a four-month span.

Furthermore, anyone who rides a scooter in a street or bike lane is breaking the law, since Denver's Department of Public Works classifies them as toys that can only be lawfully operated on sidewalks.

Not that scooter riders are routinely receiving tickets for traveling in places that are against the rules. According to administrator Terrie Langham of Denver County Court, only one citation case is on the books from the past six months, when companies such as Lime and Bird began renting the devices in metro Denver.

Langham notes via email that "these types of scooters are considered a 'toy' vehicle," and Heather Burke-Bellile, a spokeswoman for Public Works, confirms it.

"Current local and state law classify electric scooters as 'toy vehicles' and requires them to operate on the sidewalk," she states in an email to Westword. 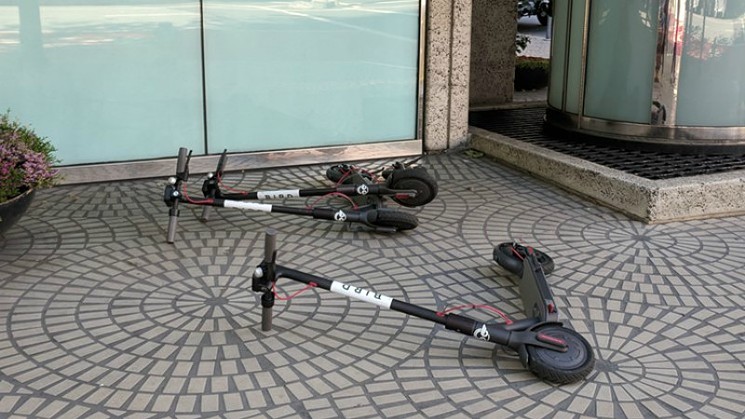 Eddie Hernandez Photography/iStock
Confusion among law enforcers about how to treat the scooters is apparent in the references to them in the aforementioned accident reports. Some of the earliest incidents involving electric scooters are classified as "motor vehicle accidents," while latter reports allude to "non-motor vehicle accidents." This is presumably an attempt to differentiate the scooters from more commonly accepted motor vehicles even though they are, indeed, motorized.

As you'll see below, most of the accidents thus far have taken place in downtown, lower downtown and other trendy neighborhoods.

The popularity of the scooters has forced city officials to look for better ways to deal with safety concerns, and that process is ongoing.

"Denver Public Works is currently exploring all our options around electric scooters — from looking at different ways to categorize them to seeing if we’ll need to propose an ordinance change to allow electric scooters to operate in bike lanes," Burke-Bellile states.

She adds: "DPW continues to work on this process. However, it’s going to take time. In the meantime, we ask users to watch their speeds and always yield to pedestrians on the sidewalk."

And stay out of streets and bike lanes. Here's the list of electric scooter accidents in Denver since June.