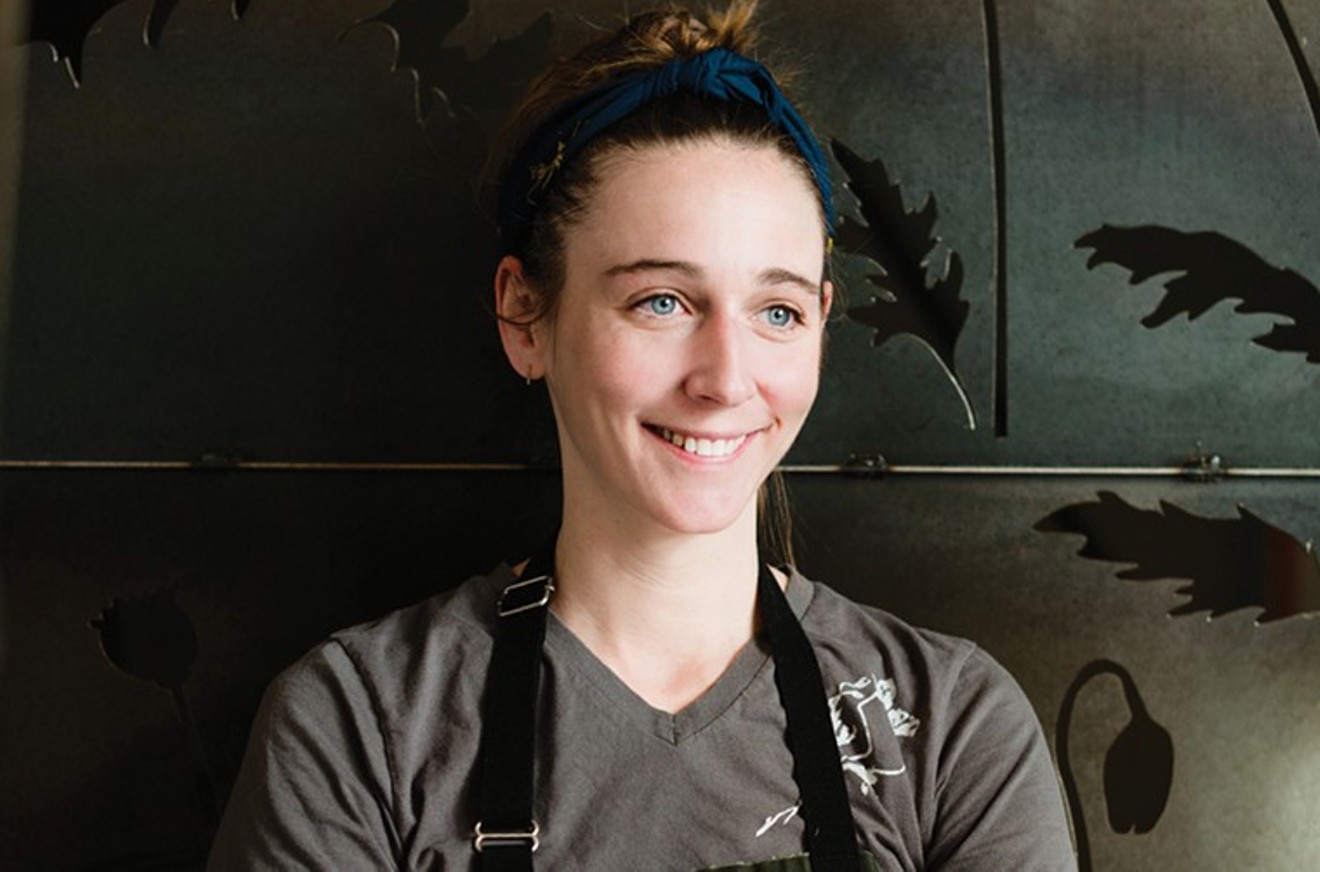 Caroline Glover, chef/owner of Annette at Stanley Marketplace, was announced the winner at the June 13 awards ceremony in Chicago, which celebrated the diversity of the country's dining scene and the industry's strength and resilience through the pandemic.

"Two and a half years ago we shut our doors down for 24 hours," Glover said while accepting the award. "Because of my staff and who they are, we reopened 24 hours later as a to-go restaurant, and many more iterations after that."

Glover had been a semi-finalist in the category (formerly called Best Chef, Southwest) in 2018 and 2019, and was a nominee in 2020 — the first year the awards were canceled because of the pandemic.

"I think what I've learned the most in the past two and a half years — I mean we've known this, but restaurants aren't a luxury, we're essential, and it's time for us to start being treated that way," she said, in concluding her speech.

Glover was also Westword's pick for Best Restaurateur in the Best of Denver 2022 for her work as an honest and inspirational industry leader as she navigated the challenges of the pandemic.

Denver-based Soul Food Scholar Adrian Miller was honored with his second James Beard Award at the June 11 media awards ceremony for his book Black Smoke: African Americans and the United States of Barbecue — and he shared his Denver barbecue recommendations with us after getting the news.

In the James Beard Journalism Awards category of Health & Wellness, Michael Behar of Boulder won for his "Cultivating Better Health" article in Eating Well in June 2020.

There's also a Colorado connection to Gather, the Documentary/Docuseries winner in the James Beard Broadcast Media Awards. Longmont-based nonprofit First Nations Development Institute was a co-producer of the film.

Colorado's only finalist in a national restaurant category, the Little Nell in Aspen, did not win for Outstanding Wine Program, an award it's won three times before, in 2000, 2014 and 2018; this year, the award went to the Four Horsemen in Brooklyn, New York.

The other Best Chef, Mountain nominees were:

Dana Rodriguez, who nabbed a nomination once again for her work at first restaurant, Work & Class, for which she was also a semi-finalist in three previous years (2015, 2016 and 2018) as well as a finalist in 2020. Rodriguez also operates Super Mega Bien at the Ramble Hotel in RiNo, opened Cantina Loca in January, and is the executive chef of Casa Bonita 2.0, which is expected to open later this year under new owners Trey Parker and Matt Stone of South Park fame.

Eric Skokan of Black Cat Farm Bistro in Boulder, who was also nominated in the Best Chef, Southwest category in 2017. In 2020, the Boulder community rallied around the Skokan family following the tragic death of their seventeen-year-old son, who was killed in a car accident just outside their home.

Jose Avila, a first-time nominee for his Sunday-only El Borrego Negro pop-ups, at which he cooks sheep barbacoa in the style of Hidalgo, a state near Mexico City. In 2021, Avila opened La Diabla, Colorado's first pozoleria — and our 2022 pick for the Best New Restaurant.

Cody Cheetham of Tavernetta, who was also a first-time nominee. Cheetham is originally from Montana and joined the Frasca Hospitality Group in 2016. He became chef de cuisine at Tavernetta in 2019.
KEEP WESTWORD FREE... Since we started Westword, it has been defined as the free, independent voice of Denver, and we'd like to keep it that way. With local media under siege, it's more important than ever for us to rally support behind funding our local journalism. You can help by participating in our "I Support" program, allowing us to keep offering readers access to our incisive coverage of local news, food and culture with no paywalls.
Make a one-time donation today for as little as $1.