Acorn Closes After Seven Years at The Source 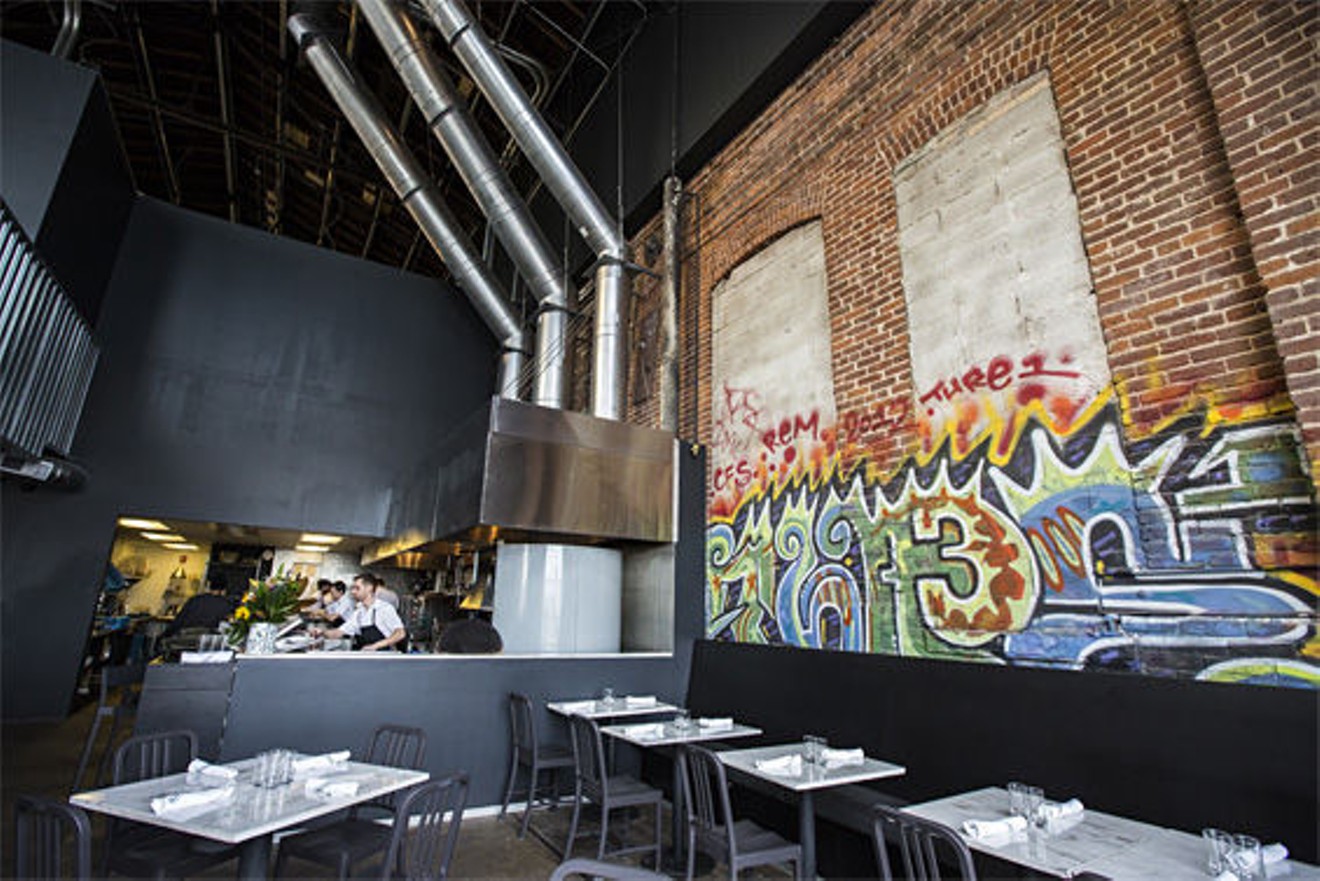 Acorn is now closed after seven years at the Source. Danielle Lirette
Another one of Denver's best restaurants has fallen victim to the economic downturn caused by the coronavirus pandemic. Acorn, which opened inside the Source at 3350 Brighton Boulevard exactly seven years ago, is now closed.

Acorn was daring in both its location and its style when founders Bryan Dayton and Steve Redzikowski unveiled their wood-fired kitchen surrounded by graffiti, steel beams and exposed brick in September 2013.

Dayton released this statement today on the future of the space as well as his next-door dessert bar, Melted:

The uncertainty this pandemic brings has forced us into making incredibly difficult decisions. I am sad to announce that we will be permanently closing Acorn at the Source today – while Melted will close temporarily. We will be taking the next 6 to 8 weeks to re-evaluate and re-conceptualize. Our plan is to open a new concept in the Acorn space by the end of October. Words cannot begin to express how grateful we are to our team, our guests, and the Denver community for their continued support over the last 7 years, especially through these challenging times. We look forward to serving you again soon. Bryan Dayton at the December 2019 debut of Melted at the Source.
Linnea Covington
While Redzikowski has been focusing more on his original restaurant, Oak at Fourteenth in Boulder, over the past two or three years, Dayton has been expanding Half Eaten Cookie Hospitality, the brand that encompasses Acorn, Oak and Melted, as well as Brider, the fast-casual eatery at 1644 Platte Street, and Corrida, the Spanish-style steakhouse at 1023 Walnut Street in Boulder.

Over the past seven years, Acorn has pushed the boundaries of cooking over fire with its foie gras doughnuts and steak served with tallow vinaigrette while still remaining grounded with such fan favorites as a simple meatball and a kale-apple salad. Past Acorn team members have gone on to launch their own eateries, including chef Bill Espiricueta's Smok (next door at the Source Hotel), and chef Amos Watts's Fifth String (which opened earlier this summer in the former home of Old Major). The restaurant also gained national attention from the likes of Bon Appétit and Food & Wine.

The closing of Acorn marks another milestone in the rapid transformation of the RiNo district over the past decade: There has now been a complete turnover of the Source's original lineup of bars and restaurants. While the loss of Acorn is definitely a blow to the neighborhood, and to Denver as a whole, the silver lining is that we have something new to look forward to from Dayton.
KEEP WESTWORD FREE... Since we started Westword, it has been defined as the free, independent voice of Denver, and we'd like to keep it that way. With local media under siege, it's more important than ever for us to rally support behind funding our local journalism. You can help by participating in our "I Support" program, allowing us to keep offering readers access to our incisive coverage of local news, food and culture with no paywalls.
Make a one-time donation today for as little as $1.