With Ash'Kara, Juan Padro Is on Schedule for Five New 2018 Restaurants 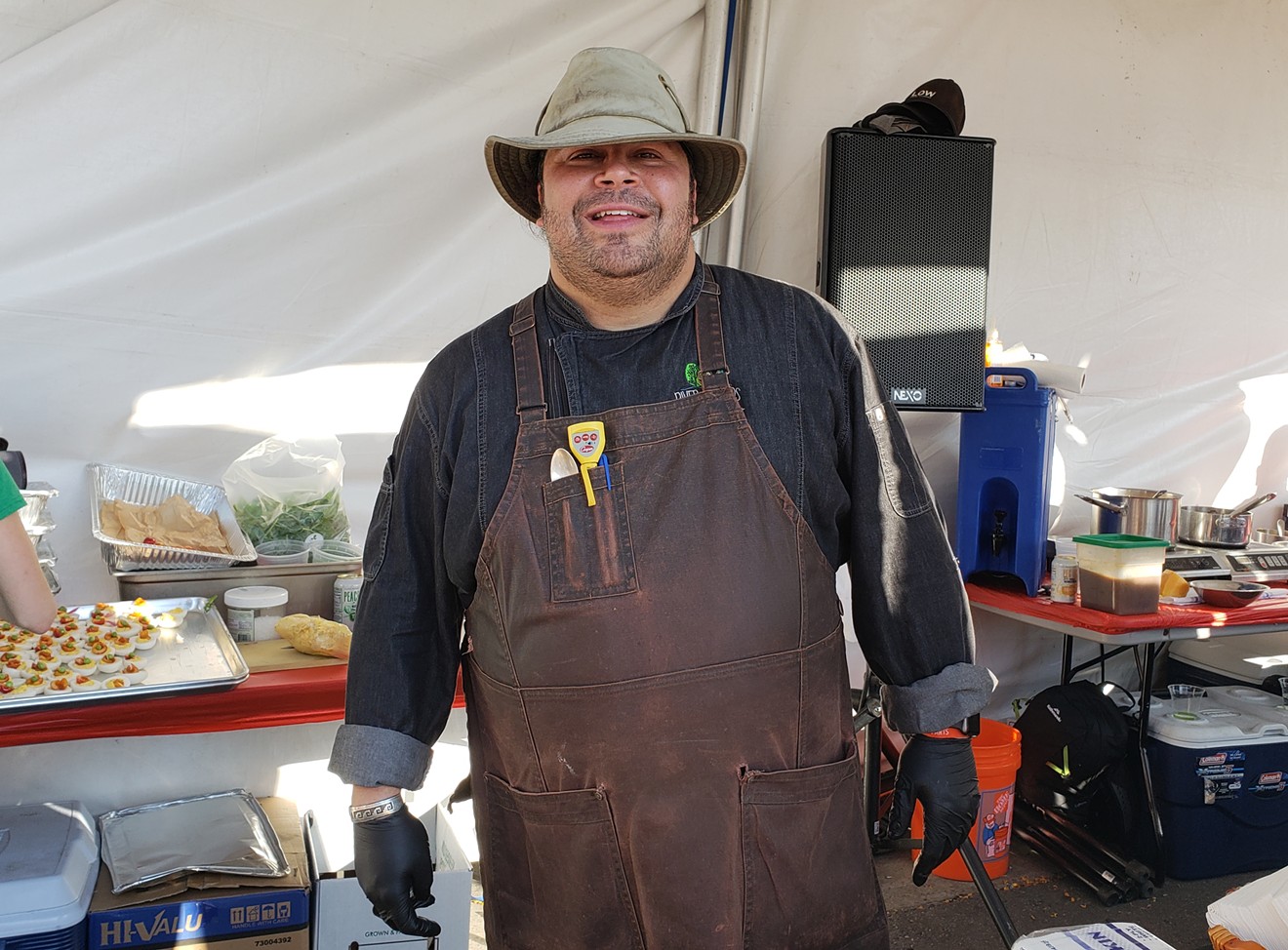 Chef Daniel Asher is bringing his skills to Ash'Kara this fall. Linnea Covington
Eight years ago, Juan Padro and Katie O'Shea welcomed their first customers to Highland Tap & Burger at 2219 West 32nd Avenue, signaling a period of rapid transformation of the LoHi neighborhood. But it was also the beginning of a restaurant group that is of late becoming one of the most ambitious and rapidly growing companies in the business. Padro and O'Shea's restaurant collective, dubbed Culinary Creative Group, is now taking over the former Rosa Linda's Mexican Cafe space at 2005 West 33rd Avenue and will soon open Ash'Kara there in conjunction with chef Daniel Asher.

Ash'Kara is one of five projects in the works from Padro, O'Shea and their various business partners involved in the separate projects. First, there's a third outpost of the Tap & Burger concept (the second is Sloan's Lake Tap & Burger, which debuted two years ago) slated to open at Belleview Station in the Denver Tech Center this summer. Then there's Morin, the French "bistronomy" (a word coined by the French to encompass high-end cuisine served in casual environs) eatery that's taking over the slot previously occupied by the Wazee Supper Club for decades. Chef Max MacKissock will oversee the menu here; he also launched Bar Dough in 2015 and Señor Bear in 2017 under the Culinary Creative Group umbrella.

Padro, O'Shea and MacKissock are also working on Maine Shack, a lobster and clam joint that will open this fall at 1535 Central Street (in the former Uber Eats space), with chef Craig Dixon and other investors, bringing the total to four restaurants under construction in Denver. Number five is Sofia, a spinoff of Bar Dough that will open in New Orleans in partnership with restaurateur Billy Blatty.

Ash'Kara, Hebrew slang that can mean "Totally!" or "Right on!," will be impressive enough on its own merits, bringing together a culinary "supergroup" of chefs and restaurateurs. The menu of Israeli/Middle Eastern cuisine will be overseen by chef Daniel Asher, who's also the culinary director of River and Woods in Boulder and Acreage by Stem Ciders in Lafayette. Also on board is restaurateur Josh Dinar, who is partners with Asher at River and Woods.

Asher (who was previously in charge of the culinary program for Root Down, Linger and Ophelia's) explains that Israel's current culinary scene is a melting pot of influences from around the Mediterranean, as well as traditional dishes and ingredients going back thousands of years. "My main influence, personally, is food from visits to Israel, but Israeli cuisine is influenced by so many other cultures," he says. "We'll integrate that with seasonal Colorado and find a way to make sense of that."

Chef Daniel Asher is bringing his skills to Ash'Kara this fall.
Linnea Covington
The one thing everything served at Ash'Kara will have in common is that it will be "vibrant and enchanting and will captivate your senses; it will be food that doesn't feel familiar," the chef adds. "We will offer a style of dining that encourages conversation and community. Core elements will be in-house pita and fresh-milled grains: spelt, quinoa, amaranth and other biblical and ancient grains. I want to take pita and flatbreads seriously to honor the lineage of Middle Eastern bread."

Bright flavors on a menu influenced by the spice markets of Turkey, Morocco, Israel and other countries in the Levant include pomegranate molasses, harissa, muhammara (a dip made with red chiles and walnuts), zhug (a kind of fiery, green salsa or pesto) and baba ghanoush, which Asher says is "totally misrepresented most of the time." His version involves roasting globe eggplants in a wood-fired oven at 600 degrees until the exterior is completely charred, then scooping out the gooey, concentrated interior.

Asher says the group wants to leave most of the details of the interior decor for the big reveal when Ash'Kara opens this fall (possibly by October), but that the ambience will capture a "desert meets the sea" style.

Since Rosa Linda's closed in 2015, the space has received a major overhaul and became Bremen's Wine & Tap for a short time. With the restaurant group's Señor Bear right next door, the side-by-side duo mimics the configuration of Highland Tap & Burger and Bar Dough, both just a block away.

Asher notes that the plan is to keep Ash'Kara reasonably priced while offering good service. "We want to bring together a talented group of individuals who share a common vision of quality food and hospitality," he concludes.
KEEP WESTWORD FREE... Since we started Westword, it has been defined as the free, independent voice of Denver, and we'd like to keep it that way. With local media under siege, it's more important than ever for us to rally support behind funding our local journalism. You can help by participating in our "I Support" program, allowing us to keep offering readers access to our incisive coverage of local news, food and culture with no paywalls.
Make a one-time donation today for as little as $1.