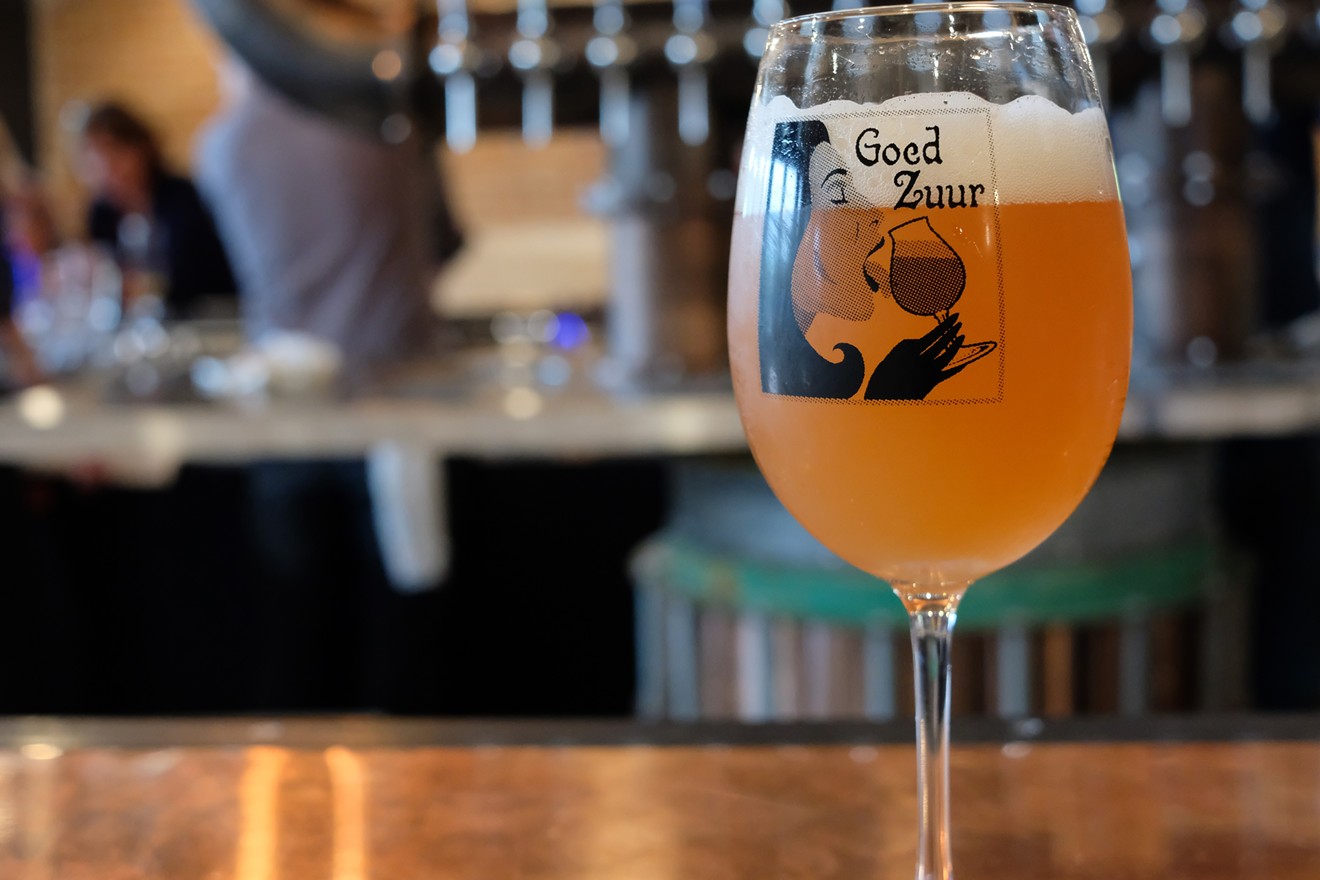 Goed Zuur is a beer destination in Five Points. Sarah Cowell
With over 400 breweries in the state, it's no surprise that there are also quite a few good beer bars — even if we're still mourning the loss of pioneering beer bar Falling Rock last year. Whether you want endless options from across Colorado at your fingertips, or you want to sample some nationally and internationally renowned beers, there are plenty of options to wet your whistle. Many of these bars also pay as much attention to the food as they do the beer, so come hungry and thirsty.

Here are ten of the best beer bars in Colorado:

2801 Welton Street
720-749-2709
goedzuur.com
Opened by John Faymon of Backcountry Pizza and Tap House in Boulder (a bar worth a visit in its own right), Goed Zuur focuses heavily on wild and sour beers from around the country and from Belgium. The Five Points bar has been making waves for five years now, thoughtfully pairing some of the best sour beers in the world with curated small plates and the occasional beer dinner. Beer from Colorado stalwarts like Casey Brewing and Blending, Amalgam Brewing and Primitive Beer sit alongside some of the best wild Belgian beers like Brouwerij 3 Fonteinen and Gueuzerie Tilquin. If you're bringing a friend who isn't into wild or sour beer, fear not: The non-sour draft list is small, but always contains a standout IPA and pilsner, among other options.
click to enlarge 2927 Larimer Street
www.finnsmanor.co
Finn's offers one of the most well-curated tap lists in Denver, bringing a great mix of unique and tough-to-find European imports along with some of the best Colorado and nationally sourced beers. The indoor bar is gorgeous, and the spirits and cocktail selection is impressive, too. The hip spot can resemble a younger, semi-club atmosphere on busy Saturday nights, but there's always space to tuck into a corner and grab a couple glasses of world-class beer and a bite from the food trucks and pop-ups that frequent this spot.
click to enlarge 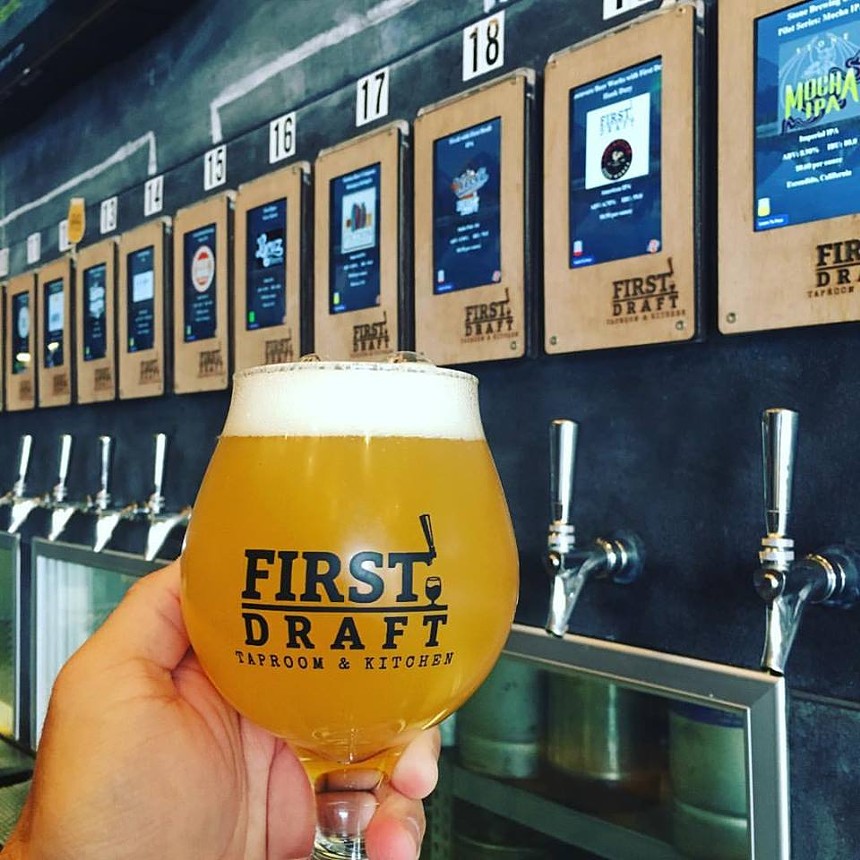 1309 26th Street
303-736-8400
firstdraftdenver.com
First Draft has a high-tech focus, with almost three dozen pour-your-own beer taps. Servers are on hand to provide any assistance, and food is available from in-house kitchen Adobo at First Draft (which makes some of the best green chile in town). It's right in the heart of the action in the busy RiNo neighborhood, and the bar tends to host unique events throughout the year, like last year's lager tap takeover during the Craft Brewers Conference.
click to enlarge 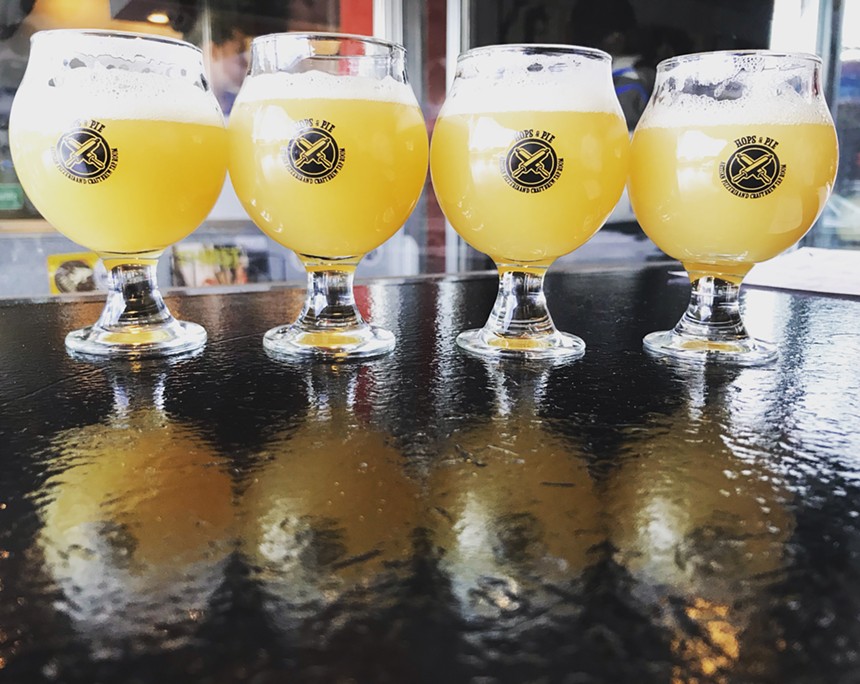 3920 Tennyson Street
303-477-7000
hopsandpie.com
If you're looking for special tap events during the Great American Beer Festival, Craft Brewers Conference or WeldWerks Invitational, chances are you'll find an excellent one at Hops & Pie. The Watsons spent years running fine-dining establishments in California before opening this spot in 2010, and they bring that attention to detail and personalized service to the pizza and beer game. Regular specials are the name of the game at Hops & Pie, where patrons can find some incredible deals throughout the week. The Saturday Session, where guests get two slices of that week's featured pie and three beers for $18, is legendary. The place has also started experimenting with sourdough pie pop-ups — the recent first event drew an hours-long line before selling out. 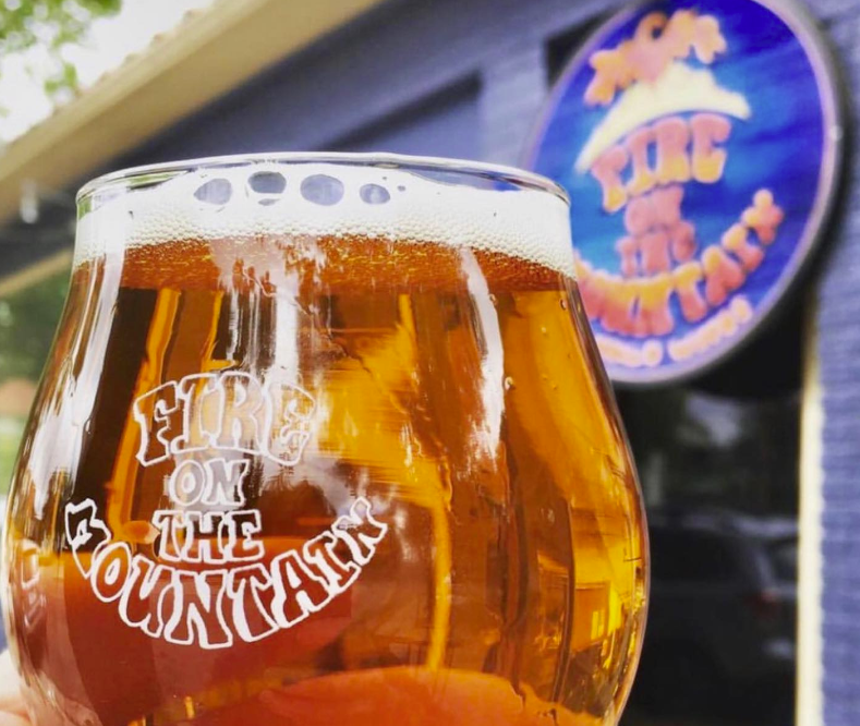 Fire on the Mountain

3801 West 32nd Avenue
300 South Logan Street
303-480-9464
fotmdenver.com
Fire on the Mountain has a reputation for wings as much as for beer, and the company doesn't mess around when it comes to either. With a dedicated beer buyer for each draft list, you can see some differences that cater to the clientele of each neighborhood. The original Highland location offers ten different taps, while the newer Wash Park location boasts sixteen options. Both locations rotate beers constantly, to keep things fun and interesting. They also both run a weekly $4 draft special where almost everything on tap is included, and the more rare, high-ABV beers are significantly discounted, too. 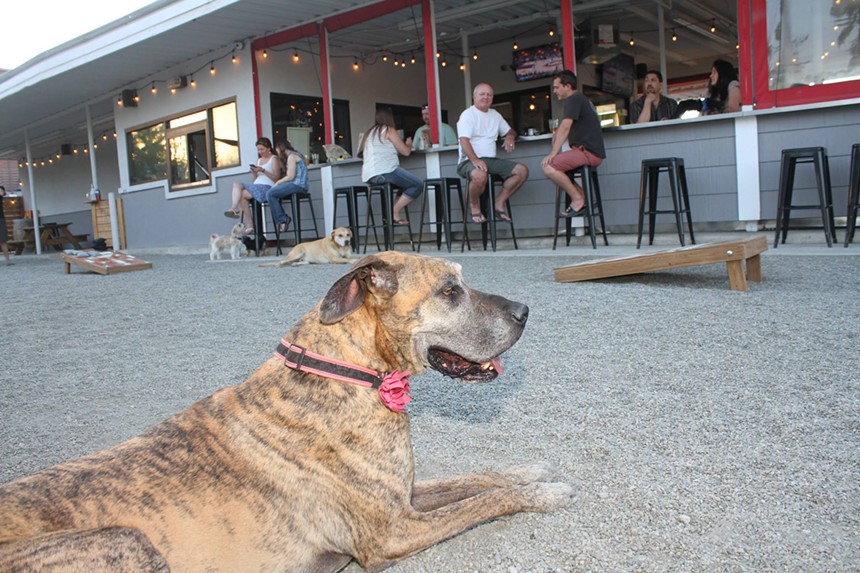 985 South Public Road, Lafayette
720-485-5968
romerosk9club.com
Romero's is one of the few beer-focused venues in Colorado that specifically caters to customers with dogs. It has really carved out its niche, with over twenty taps, including a healthy mix of national standouts to go along with top-notch Colorado beers from places like Bierstadt Lagerhaus, TRVE Brewing Company and Fritz Family Brewers. Romero's has both dog-friendly and humans-only spaces on the premises, and takes things a step further for four-legged friends by offering both an enclosed, on-leash pavilion with temperature control year-round and an outdoor off-leash biergarten where well-behaved canines can roam. Entry requires registration and a $5 day pass for one dog, with discounts for multiple dogs. 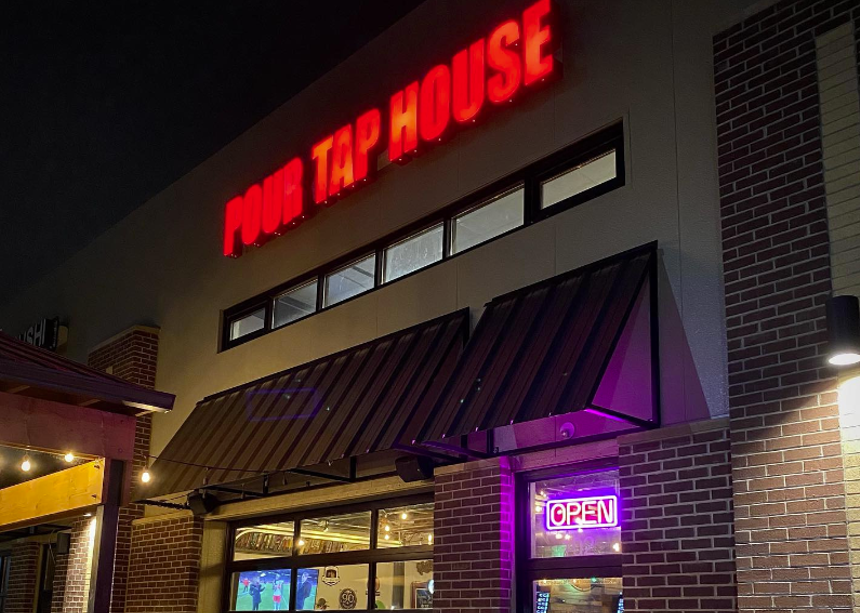 12433 East 104th Place, Commerce City
720-460-1611
pourtaphouse.com
Pour Tap House fills a much-needed void in Commerce City, an area that comes up a bit short when it comes to local, independent food and drink. Pour offers a variety of beers, from classic Belgian lambics to California classics like Russian River Brewing's Blind Pig IPA. But the bread and butter of the beer list is an assortment of Colorado beers, from your standard flagships like Dry Dock's Apricot Blonde to the latest special release Outer Range IPAs. With over thirty taps on, it's well worth the trek to Commerce City. The brewery also hosts food trucks seven days a week. 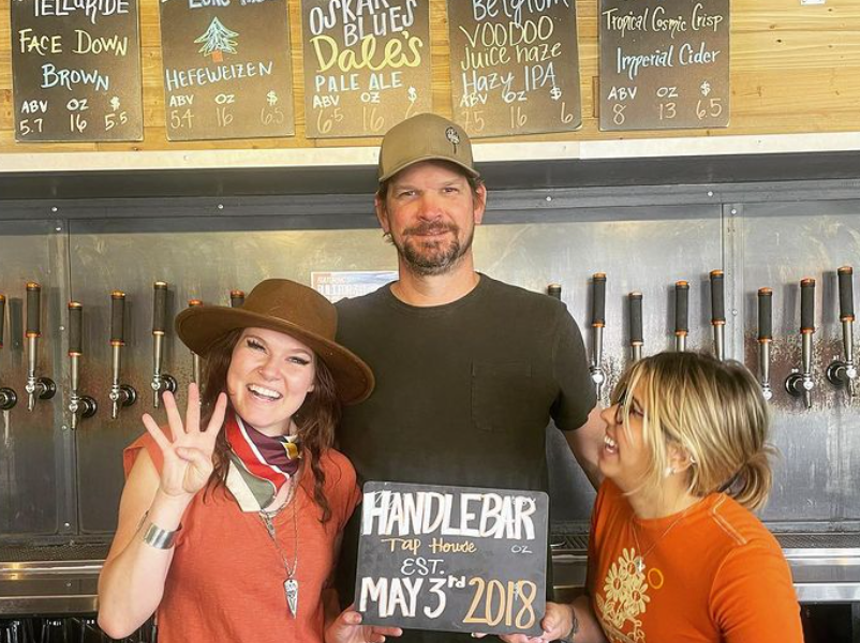 417 Monument Road, Grand Junction
970-985-4245
handlebargj.com
Handlebar opened in 2018 and quickly made noise in the Grand Valley. Inspired by beer bars in the major cities but adapted for the Western slope, Handlebar features a rooftop deck to enjoy burgers from the kitchen and beer from one of 24 rotating taps. The location really sets it apart, being just down the road from the nationally renowned Lunch Loops mountain bike trail network and the popular Colorado National Monument. 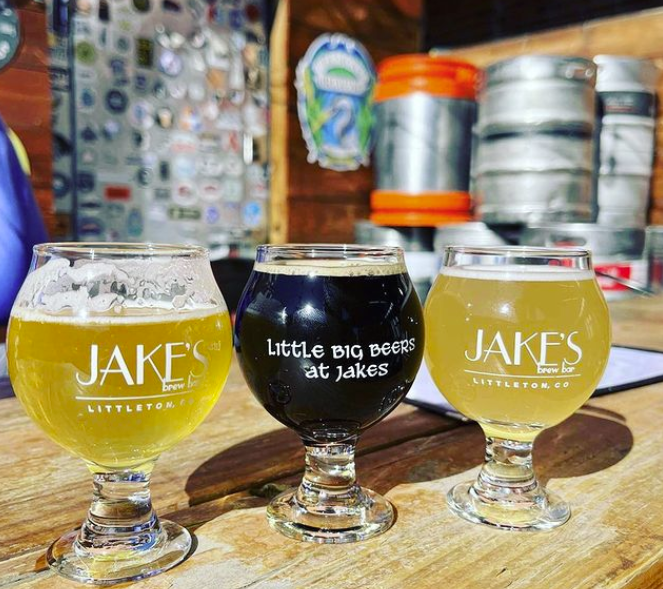 Jake's has a real neighborhood vibe, with empty beer bottles along the wall and a regular local crowd. The bar hosts plenty of unique beer events, like a big beers celebration in honor of the postponed 2022 Big Beers, Belgians and Barleywines Festival. Jake's has 36 rotating taps and fills crowlers to go. It also has an in-house food option, Hot Pizza Ass, a horse trailer turned pizza food truck. 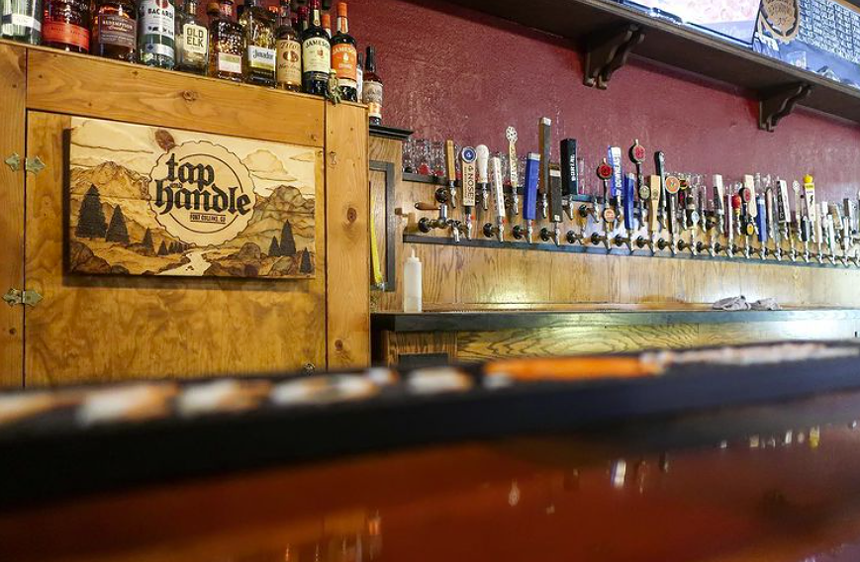 307 South College Avenue, Fort Collins
970-484-1116
tapandhandle.com
Tap and Handle consistently has one of the best IPA lists in the region. The beer is sourced from all over the country, but also includes local standouts like Call to Arms Brewing, Cerebral Brewing, Comrade Brewing Company, New Image Brewing, Outer Range Brewing Company, WeldWerks Brewing Company and Westbound & Down Brewing Company. In addition, there are plenty of other beer styles to choose from, as well as a kitchen that has a long list of options including burgers and a lineup of mac and cheese options.
KEEP WESTWORD FREE... Since we started Westword, it has been defined as the free, independent voice of Denver, and we'd like to keep it that way. With local media under siege, it's more important than ever for us to rally support behind funding our local journalism. You can help by participating in our "I Support" program, allowing us to keep offering readers access to our incisive coverage of local news, food and culture with no paywalls.
Make a one-time donation today for as little as $1.