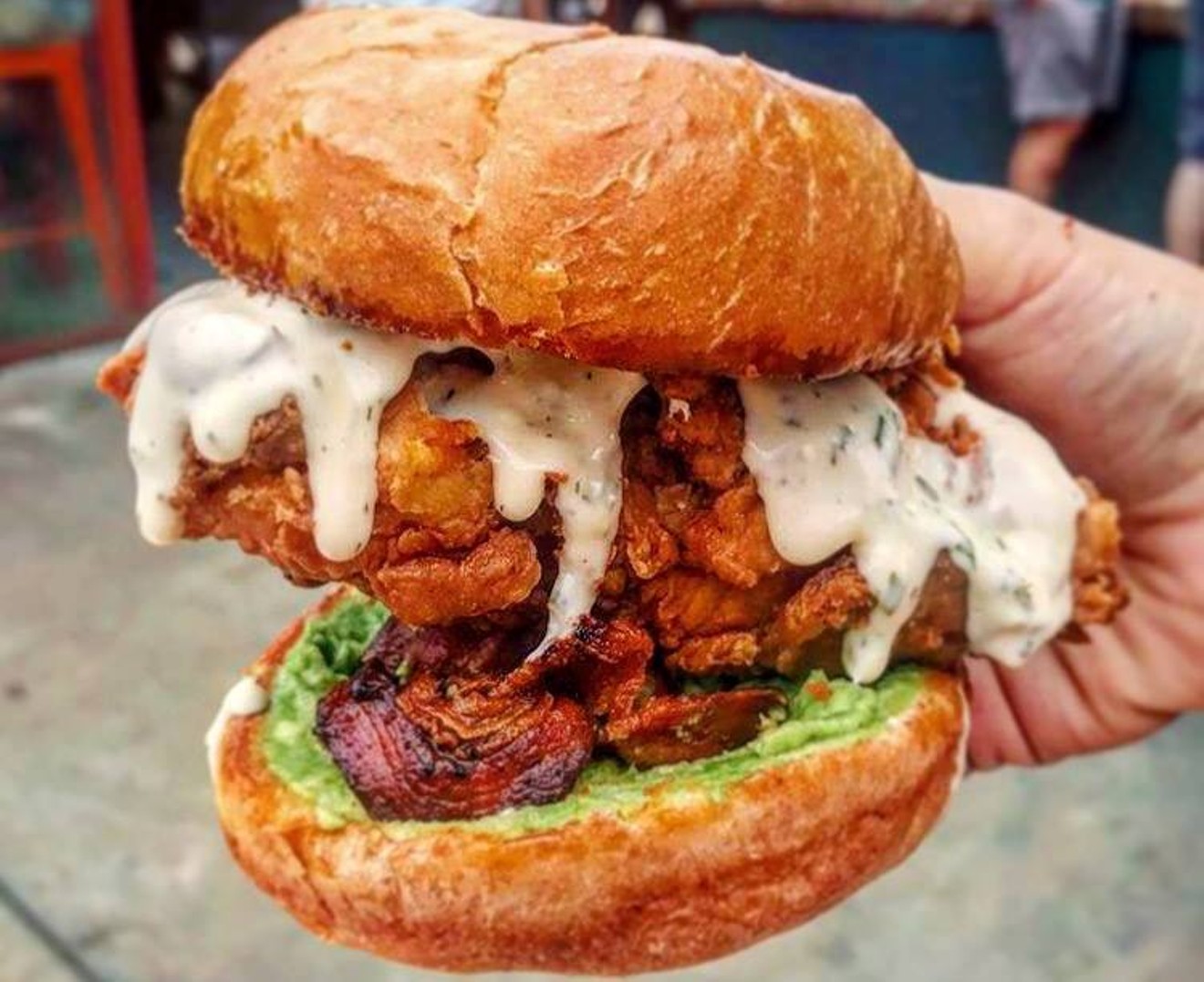 Soon you'll be able to eat this chicken sandwich indoors. Courtesy Chicken Rebel
A year has passed since Chicken Rebel caused a flap by choosing Denver as its new roost after flying off from the San Diego food-truck scene. Founder Lydie Lovett initially partnered with Finn's Manor, 2927 Larimer Street, to become a big draw in the RiNo street-food mix, serving fried-chicken sandwiches and loaded tots at the venue's outdoor food-truck court. When she first launched in Denver, Lovett said she wanted to find a brick-and-mortar space — and now she has.

Lovett was competing in the recent Chicken Fight! food festival when she met the owners of Mythology Distillery, a new craft-spirits company set to open this summer at 3622 Tejon Street. They loved her chicken and asked if she wanted to move into one side of the building where the distillery had already been built; after seeing the spot, she agreed to sign on. 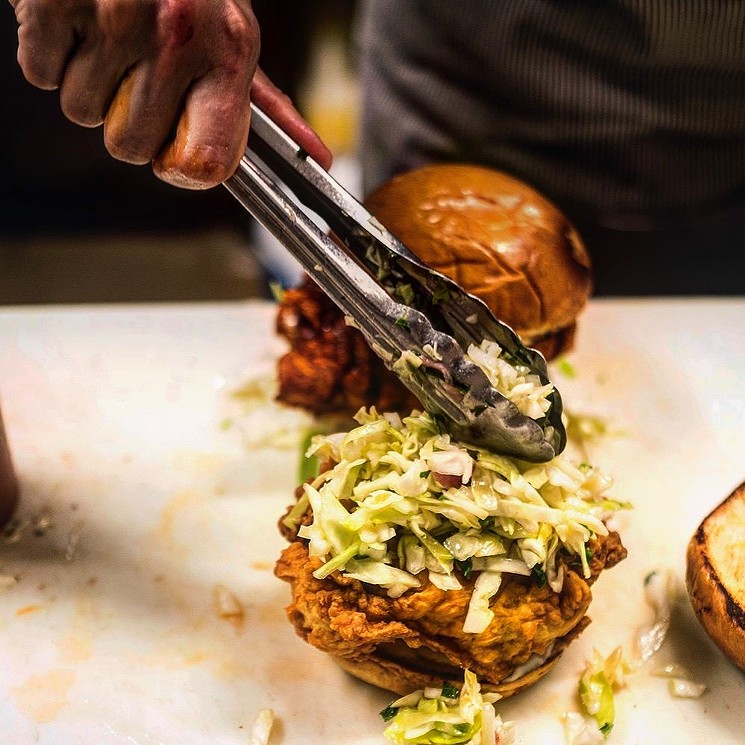 Chicken Rebel has attracted a large flock of followers with its flavor-packed sandwiches.
Courtesy Chicken Rebel
"It's a really great space and it's kitchen-ready," Lovett says. She's already planning the layout and decor, which will pay tribute to the wide-open roads of the American West. "I'm thinking of using an Airstream trailer as the order counter inside."

Chicken Rebel will take up 2,000 square feet next door to Mythology and, in addition to having its own seating and patio, will provide food for guests visiting the distillery tasting room. While there won't be an inside doorway connecting the two businesses, customers will be able to order food and then take a buzzer next door to be alerted when their food is ready.

The future home of Chicken Rebel and Mythology Distillery.
Mark Antonation
Lovett says that Chicken Rebel's space will be "fun and casual, but not as casual as Finn's Manor," explaining that she wants to strike a balance between the upscale eateries in the LoHi neighborhood and the street-food ambience of her current location. She also plans to keep the truck running after the permanent restaurant opens, which is likely to be in January 2019 (or possibly a month or two sooner, depending on permitting and construction).

The new chicken joint will give Lovett room to expand her menu to include brunch, among other things, and it will also have a full liquor license. "We'll be using Mythology spirits in our drinks," Lovett adds. "We'll have 'Rebel' versions of regular cocktails."

An exact date for Chicken Rebel's one-year anniversary in Denver is hard to pin down, since Lovett held a number of pop-ups last summer before settling in at Finn's Manor with a full-on food truck. (Before buying the truck, she ran the business as a fried-chicken stand.) So she's chosen this Friday, July 6 — which happens to be National Fried Chicken Day — to celebrate, and will unveil a special-edition chicken sandwich for the party at Finn's, which opens at 2 p.m. that day.
KEEP WESTWORD FREE... Since we started Westword, it has been defined as the free, independent voice of Denver, and we'd like to keep it that way. With local media under siege, it's more important than ever for us to rally support behind funding our local journalism. You can help by participating in our "I Support" program, allowing us to keep offering readers access to our incisive coverage of local news, food and culture with no paywalls.
Make a one-time donation today for as little as $1.