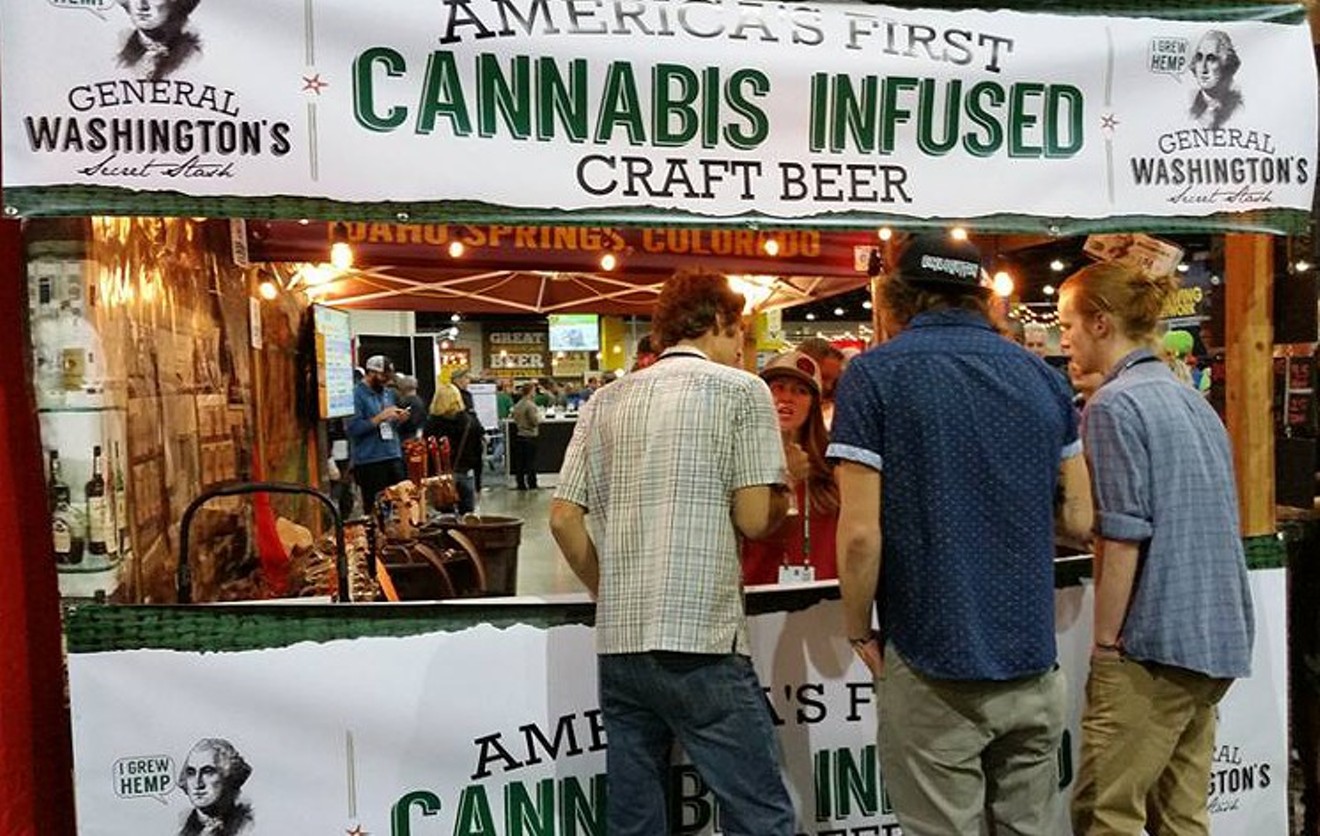 The CBD beer was a hit at the Great American Beer Festival last year. Westword file photo
It’s April 20, but Mason Hembree isn’t celebrating. Instead, the owner of Dad & Dudes Breweria will be fighting the federal government over a beer brewed with non-psychoactive CBD.

Last September, Dad & Dudes was the talk of the town when it became the first brewery in the country to gain approval from the Alcohol and Tobacco Tax and Trade Bureau (TTB) for a non-THC, cannabis-infused beer. The process took about a year, because the TTB required a thorough analysis of the ingredients and the recipe before it would give formula approval for Dad & Dudes’ patent-pending process and its beer.

Hembree then announced plans for a new beer, General Washington’s Secret Stash, which would be brewed with cannabidiol — a hemp extract also known as CBD — and distributed in Colorado, Washington, Oregon, California, Alaska and other states. The beer’s name was a nod to our country's "most famous cannabis-growing rebel leader," he said at the time. “George Washington, leader of the revolutionary forces, later grew cannabis for its textile uses.”

The beer was a hit at the Great American Beer Festival in October, when people lined up to try it, and Dad & Dudes began working on financing; the company also began receiving national orders for the beer. 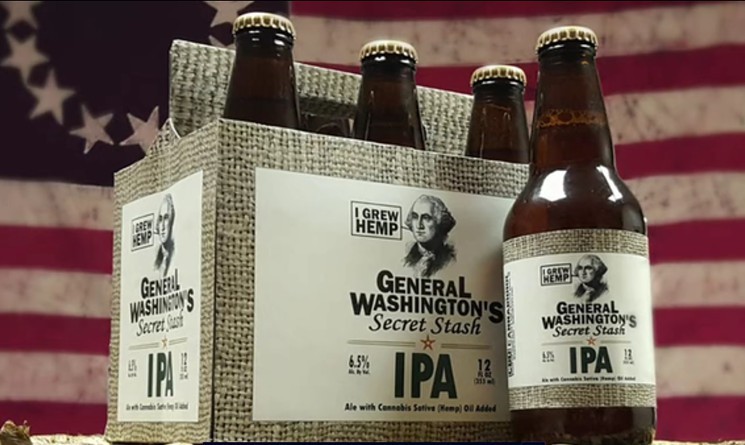 General Washington's, an IPA, was supposed to go into production last year.
Dad & Dudes Breweria
But on December 14, the U.S. Drug Enforcement Administration surprised the hemp and cannabis industries nationwide by declaring that it still considered marijuana derivatives like cannabidiol and hemp extract — even the non-psychoactive ones — to be Schedule 1 substances, just like marijuana. The announcement meant that these substances couldn’t be sold or carried across state lines, even if they are legal in some states.

It also meant that the TTB, which had granted formula approval to Dad & Dudes, no longer wanted the brewery to make the beer. The bureau gave the brewery ten days to surrender its formula.

Hembree refused. Since then, he has hired Denver’s Hoban Law Group to help fight the TTB. Hoban, not so coincidentally, is also representing the Hemp Industries Association, a trade group, and several individual businesses in a federal lawsuit against the DEA. In it, the hemp interests allege that the agency violated the law with its December 14 declaration and that it has severely impacted these businesses. 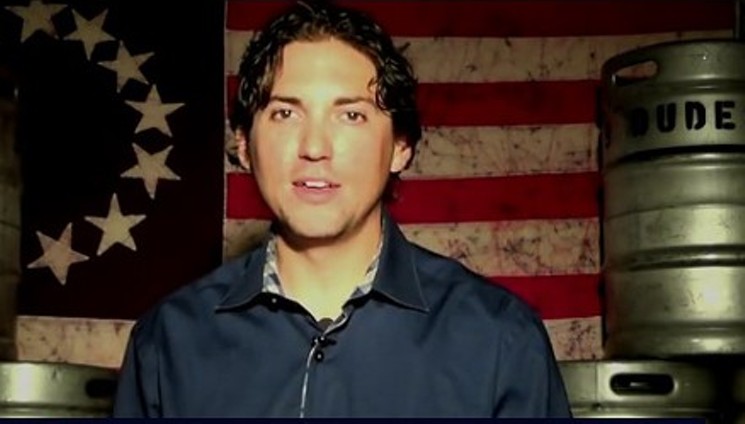 Mason Hembree in a screen-capture from a video about the beer.
Dad & Dudes
“A lot of people in the cannabis industry reached out to us and were very supportive,” says Hembree, who was surprised by that support, since the hemp and alcohol industries don’t always see eye to eye. “They jumped in and connected me with the right people, and we were later asked to join the Hemp Industries Association.”

In the meantime, however, as part of his negotiations with the TTB, Dad & Dudes has agreed to stop brewing beers with CBD in them. So far, the TTB hasn’t proceeded with hearings that would revoke the brewery’s formula. “It has been an amicable back-and-forth,” Hembree says, adding that he can’t talk too much about specifics until the case is further along. “We can release more details later.”

The DEA decision has had a serious impact on the business, however, he says. “I did not expect December to happen. The beer we were going to brew was going to change the lives of a lot of people at Dad & Dudes. I had national orders coming in. So it was a real shocker.

“It’s ironic,” he continues. “I have always been a proponent for this plant. I have always been very political. But I never thought I would actually be involved in this, especially to this extent. So I’m happy to help do my part in ending prohibition, because I think it's stupid; I think it's backwards. It is so much more than cannabis for me. I'm a libertarian at heart. This was a fight that made sense for us to join in.”