The Ten Best Empanadas in Denver 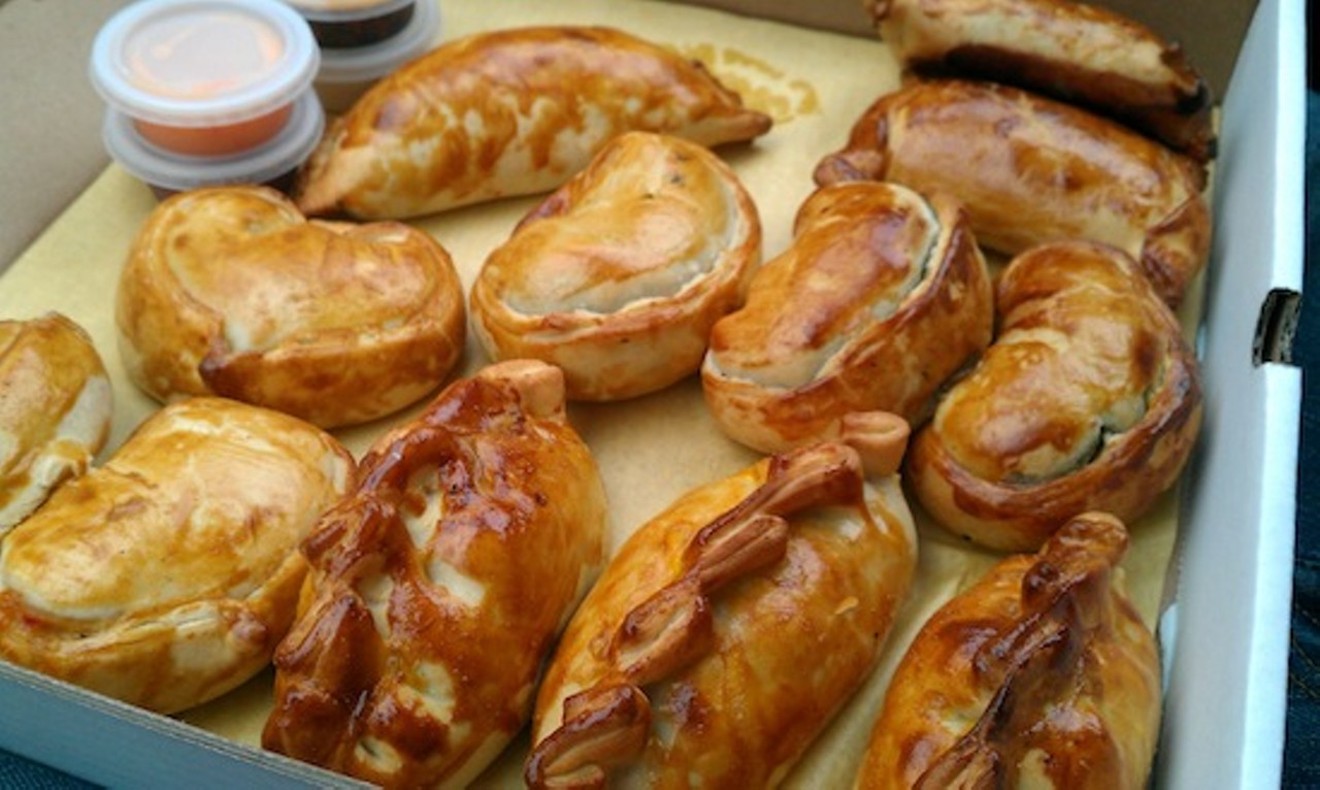 Maria Empanada is the promised land of empanadas in Denver. Westword
The empanada is one of civilization's greatest culinary achievements. Self-contained, portable and
multi-faceted, empanadas offer cheap sustenance and nearly limitless variety. Combinations of meats, cheese, vegetables and even sweet fillings come swaddled in flaky, crispy and steamy wrappers, ready to satisfy cravings that stretch from breakfast to late-night snacking. April 8 is National Empanada Day, but Denver's restaurants offer an international treasure trove of the baked or fried treats every day of the week. Here's our list of the ten best empanada joints in Denver, in alphabetical order. 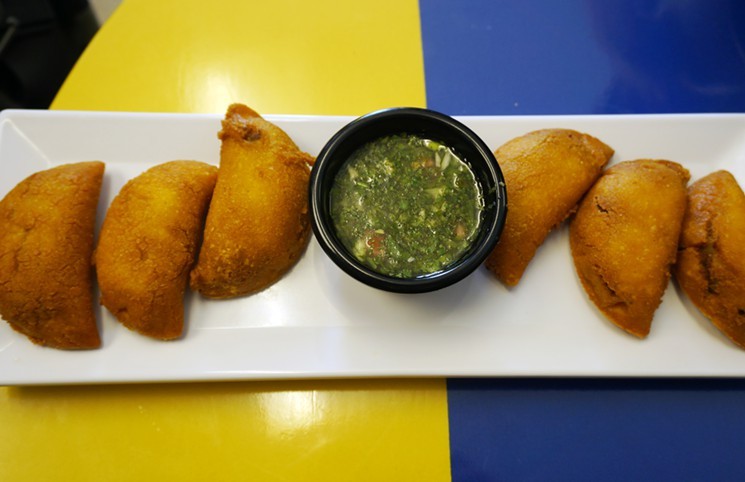 A plate of empanadas makes for a good starter for several people at Antojitos Colombianos.
Mark Antonation
Antojitos Colombianos
6625 Leetsdale Drive
303-379-9520
Colombian empanadas are made with a corn-flour shell deep-fried to a golden-brown crunch. The small, half-moon shaped version served at this east-side eatery come stuffed with a mixture of ground beef and potatoes. Let them cool a little before you take a bite or you'll likely steam your tongue. If you just can't wait, cool them off with a dunk in a thin, tangy and mild salsa. An order of six makes a good starter for two before you move on to larger entrees.

Buchi Cafe Cubano
2651 West 38th Avenue
303-458-1328
The main draw at Buchi is definitely the Cubano sandwiches, but if you're in the mood for something lighter, the empanadas make a great mid-morning snack, especially with a cup of strong, sweet cafe con leche. These empanadas are made with wheat flour, so they come out light and flaky, almost like miniature hand pies stuffed with juicy chicken and served with a smooth, verdant chimichurri. Buchi opens at 8 a.m. daily, so you can take care of your craving first thing in the morning. The empanadas at Candela have a Caribbean origin.
Mark Antonation
Candela Latin Kitchen
1691 Central Street
303-477-4582
The recipe for Candela's empanadas — available with either chicken or mushroom filling — comes from chef Jesse Vega's Puerto Rican grandmother. The fried appetizers are soulful and satisfying, but resist the temptation to order a second round and instead taste your way through the rest of Vega's Puerto Rican and Mexican offerings. 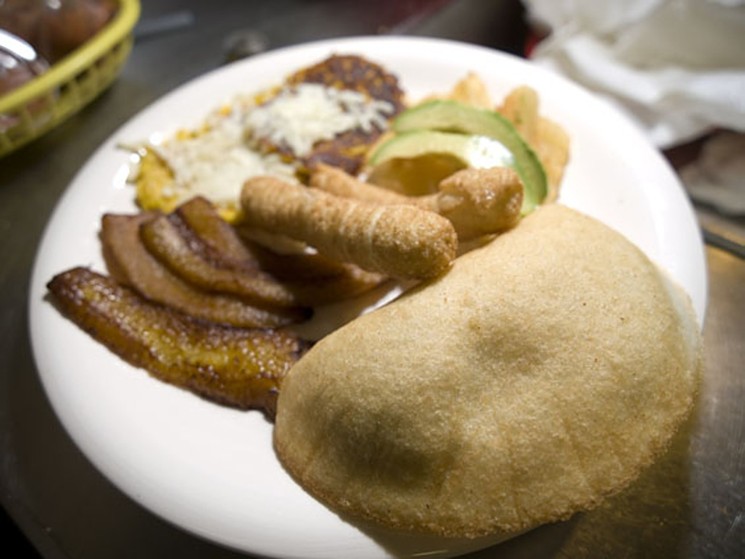 An imported white-corn flour gives this empanada its distinct look and texture.
Mark Manger
Empanada Express Grill
4301 West 44th Avenue
303-955-8362
The cuisine at Empanada Express has roots in Venezuela, so the empanadas are made with a special imported white-corn flour that makes for a light, crisp shell with a slightly fluffy interior. There are more than fifteen filling combos, from the traditional "domino" (black beans, avocado and cheese) to a rustic and hearty pabellon criollo (beans, cheese, plantains and a choice of meat), so you can return again and again to eat your way through them all. 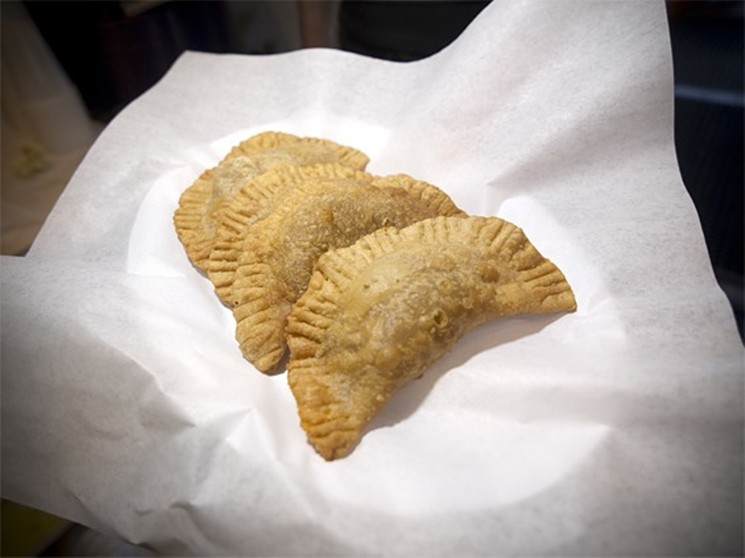