First Look: FlyteCo Soars Out of the Gate at the Former Stapleton Airport Tower 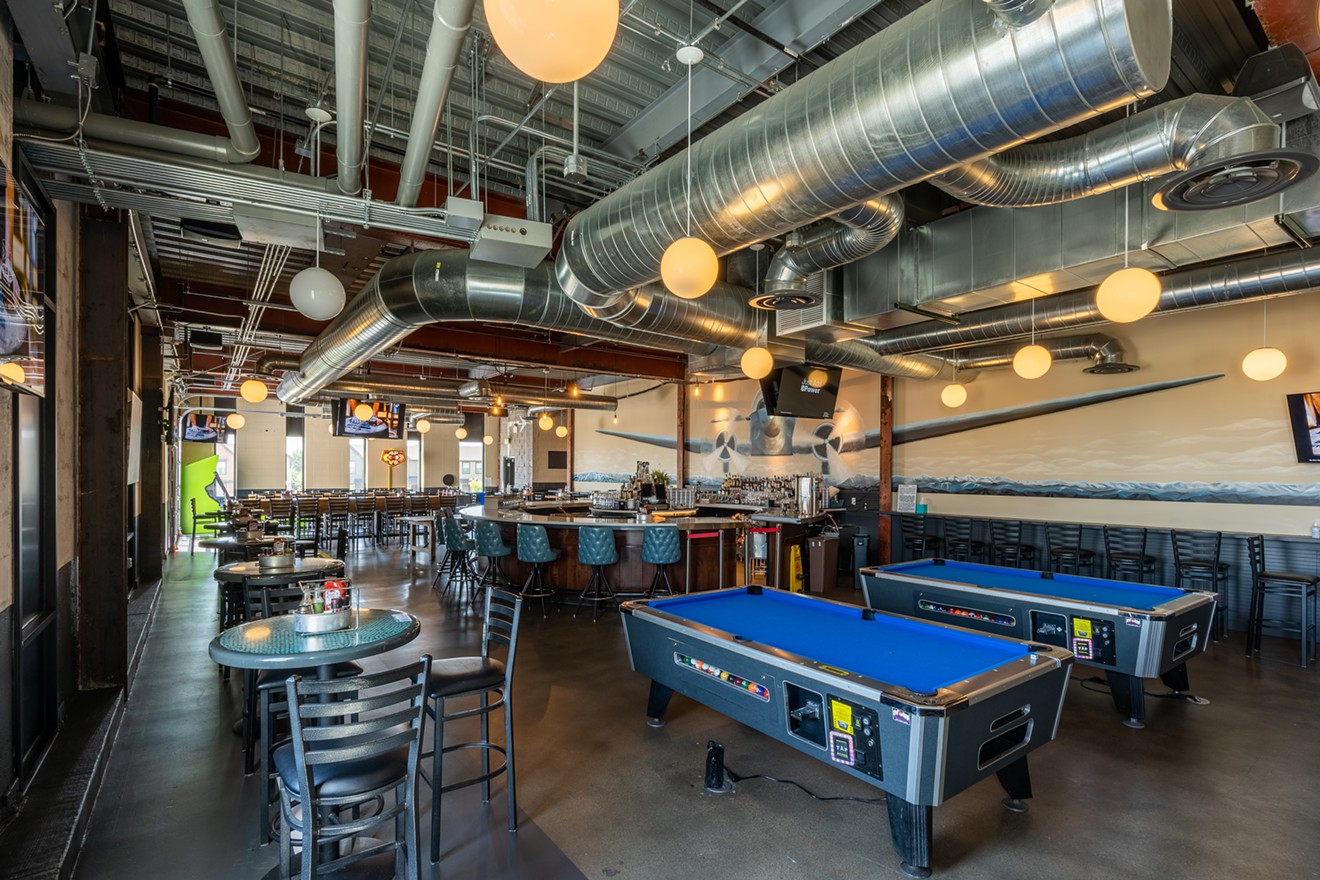 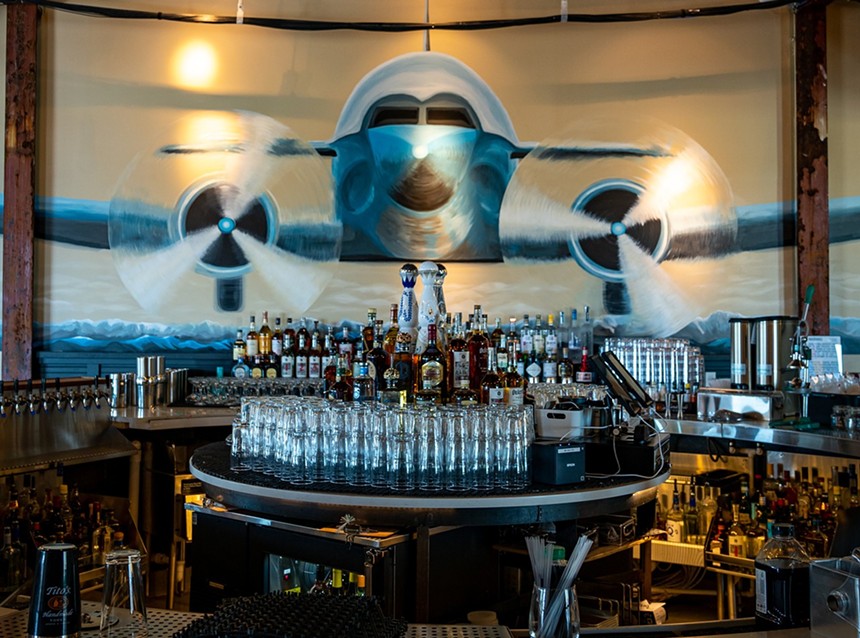 The upstairs bar carries the aviation theme with a mural of a DC-3 plane.
FlyteCo Tower
What we saw: A restaurant-brewpub with the potential to become an experiential destination.

In mid-August, FlyteCo Brewing opened its second location, dubbed FlyteCo Tower, in the former Stapleton Airport control tower. All corners of the expansive space were jam-packed on a recent Thursday evening, with a real focus on families. The owners wisely kept the fun and games left by previous tenant Punch Bowl Social, including an eighteen-hole mini-golf course, six bowling lanes, pool tables, arcade games and more.

The building itself would be an odd fit for most tenants, but FlyteCo is already established as a flight-focused brewery, both in theme and actions (10 percent of profits go toward flight-based charities and programs), making it the perfect match for this location.

The food menu, while leaning heavily on pub fare, is thoughtfully created and has options for everybody. The wonton fried pickles were a particularly fun surprise, and the Cubano sandwich was attractively presented and really hit the spot. The pizza tastes like a familiar tap house New York-style pie and was perfectly cooked, with a nice undercarriage and light crispness. There are also brewpub mainstays like chicken tenders and pork tacos, as well as a variety of tasty salads that are clearly not an afterthought. The menu at FlyteCo includes tacos, salads, sandwiches and other pub fare.
FlyteCo Tower
The beer menu covers most corners of popular beer styles, without too many surprises or risks. The VFR Vienna Lager is amber-colored and on the malty side for the style, while the Unusual Attitude Amber is a little heftier, at 6 percent ABV, but with a similar maltiness and a distinct toasted character. Two pale ales, the Eddy and Oh My Guava! are clean and well balanced. Then there is Flyte Light, a clean, fresh and easy-drinking beer that will satisfy the typical macro drinker.

There's also a German wheat beer with a distinct banana character, along with two IPAs and a peach seltzer. Overall, this is a crowd-pleasing beer menu, but it would be wise to add a few experimental and niche offerings in the future, including barrel-aged, sour and Belgian-style beers; FlyteCo Tower does plan to add a small-batch brewing system on the main level, which should help bolster the creativity across the taps.

The rest of the drink menu includes ten different wines and a respectable assortment of spirits; with tequila and whiskey experts on staff, the plans are to expand these offerings with increased demand. Spirits drinkers should head to the upstairs bar, where high-top tables, full-sized pool tables and views out of the floor-to-ceiling windows give the space a more adult-focused feel.

A pair of bowling lanes on the main floor.
FlyteCo Tower
What surprised us: The cohesiveness.

FlyteCo Tower is ambitious and impressive, with an expansive layout, from the busy traditional dining area to the upstairs bar, over to a quieter side nook next to a corner lounge. plus the family-friendly play area outside. Several of these sections are broken up by a couple of bowling lanes in between. Further, a marriage of FlyteCo's passion for aviation and the natural flight tower building is obvious throughout. The result is as much a feeling of walking through an experience as it is a visit to a local restaurant.

FlyteCo Tower opens at 7 a.m. with a full coffee bar, burritos, muffins and doughnuts. Customers can come in, grab a coffee and breakfast, and spread out throughout the massive space. Patrons are encouraged to use the location for remote work, so it can potentially operate like a sweeping coffeehouse for the first few hours of the day before turning into a multi-use restaurant during lunch and dinner.

With future plans for ax-throwing and golf simulators on the third floor, as well as the small-batch brewhouse on the main level, the ambitious venture will only continue to grow, and we're eager to see how this unique space develops.
KEEP WESTWORD FREE... Since we started Westword, it has been defined as the free, independent voice of Denver, and we'd like to keep it that way. With local media under siege, it's more important than ever for us to rally support behind funding our local journalism. You can help by participating in our "I Support" program, allowing us to keep offering readers access to our incisive coverage of local news, food and culture with no paywalls.
Make a one-time donation today for as little as $1.