If you’ve driven down East Colfax Avenue, you’ve probably seen that big, old-timey sign beckoning you to the Brandin’ Iron — once a motor lodge, then a motel and most recently converted into apartments. Erected in the 1950s, the sign originally glowed ruby red, with the capital “B” flashing to catch the attention of weary travelers needing a place to stay.

Over time and as the building itself transformed from one concept to the next, the sign lost its neon glow. That is, until Jeff “JJ” Bebout, or Neon Dad, as he’s commonly known, stepped in to restore the sign to its former mid-century glory. Bebout, who has a history in art, fell in love with the world of neon and made a name for himself creating original signs and restoring those that have dimmed over the years.

It was during the restoration of the Brandin’ Iron sign that Bebout noted to the apartments’ owner, Alison Shunneson, that the former motel office would make a great spot for a coffee shop — Bebout is also a coffee roaster with shop experience.

Bebout works into the night to open Glass Arrow Coffee.
Cat Evans Photography
Emerging from Denver’s punk scene, which eagerly encouraged coffee consumption before, during and after concerts, Bebout realized early on that coffee was big here. Having worked in the real estate field for a time, he ended up leaving his job to pursue passions closer to his heart: a medley of making art and getting more involved in activism.

“It’s kind of hard-pressed to pay your bills with art," Bebout says. "I went in with my buddy [Bryan Irwin] on Roostercat Coffee House. I loved holding the space and community, and it forced me to learn to roast coffee. So I was roasting and running the shop.”

With a new baby on the way, Bebout reevaluated his coffee shop business. “Roostercat became a lot more than I could handle, so we sold Rooster to a wonderful gal (Leah Kalfel) who still has it. I agreed to still roast the coffee for her.”

Though he was still roasting coffee, not running Roostercat day-to-day allowed Bebout to take a job in the sign industry. Soon, creating and restoring neon signs became yet another passion. After teaching himself the ins and outs and working as a project manager, he lost his job just before his baby was due. “The universe was forcing my hand into becoming a coffee roaster and only doing that," he explains. "So I figured, I’m just going to try to make good coffee and make it as affordable as possible. I’m not going to expand unless I can do right by the community. Lots of businesses expand and try to fit ethics into their unethical business practices.”

Bebout began roasting and selling coffee to a handful of clients, some branded under his own company name, Glass Arrow, and others under the name of his clients. “I do a white labeling service," he says, "so you might be drinking coffee and not know that it's mine.”

Bebout works extensively with his clients to craft unique roasts for each. “I lay out all the coffees I have and they give me specifics on what they want, then I give it to them in five-pound bags," he notes. "It's very hands-on. Giving people autonomy is important, and I don't want people to get hung up on 'my brand;' I don't care about my brand, I just want to make good coffee.”

Coffee and community will soon be at Glass Arrow.
Cat Evans Photography
What really drives Bebout is community. “When I had Roostercat, I thought I knew what it meant to hold space and to create space for people and build community," he explains. "But what I’ve found is that the more ideas I come up with on how to create community, I realize it's more about me — the reality is, you create space and you show up and the community builds itself. I don't have the answer to what the community needs but if I have something to offer to help build it, I will.”

Thanks to the kismet sign connection that led to finding the Brandin' Iron spot, Bebout will soon have created that space; he hopes to open the shop by mid-July. Glass Arrow "was created simply by trying to show up as best as I can for people," Bebout says. "I think I did that for long enough as a person and while the coffee company existed, when the shop came about people wanted to be a part of it.”

As Glass Arrow's Instagram bio reads, it's about "coffee roasting by day, fighting for the working class, also by day."

Warmed by a neon glow.

Glass Arrow Coffee will open in mid-July at 8600 East Colfax Avenue. For more information or to purchase retail, visit glassarrowcoffee.com or call 720-583-6188.
KEEP WESTWORD FREE... Since we started Westword, it has been defined as the free, independent voice of Denver, and we'd like to keep it that way. With local media under siege, it's more important than ever for us to rally support behind funding our local journalism. You can help by participating in our "I Support" program, allowing us to keep offering readers access to our incisive coverage of local news, food and culture with no paywalls.
Make a one-time donation today for as little as $1. 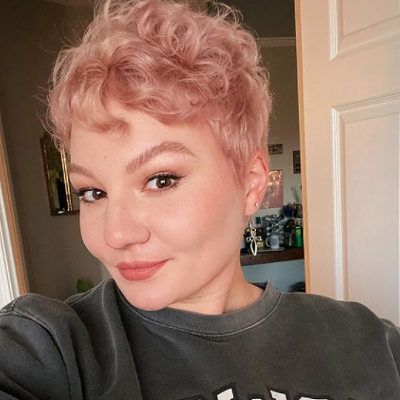