HRA co-founder John Jaramillo (left) and Nicholas Trujillo, operations manager for the Food Innovation Center and Terra Kitchen at CSU Spur. Staci Berry
Just over a year after launching, countless hours of networking and hard work have led to a major accomplishment for the Hispanic Restaurant Association (HRA), as well as Hispanic and Latino restaurateurs, chefs and staff in Colorado.

On September 13, Governor Jared Polis signed an unprecedented statewide proclamation declaring September 22 through October 3 Hispanic Restaurant Week, which coincides with National Hispanic Heritage Month. The proclamation is the first of its kind in the country and encourages Coloradans to “support Hispanic or Latin-themed restaurants in their community” and recognizes the “benefits and enjoyment of having Latin and Hispanic chefs show their culture’s culinary roots and flavors” throughout the state.

“Growth — that’s what happened," says HRA co-founder John Jaramillo of the association's work since launching. "Credibility has happened. We’ve established tremendous credibility, which helped so many restaurants. There’s just so much that has happened that it’s difficult to name everything, but the most important thing is that we have helped — and continue to help — many restaurateurs.”

In addition to day-to-day tasks such as assisting restaurateurs with hurdles from health departments and government agencies or securing translations for contracts, the organization has focused on working with the governor’s office to officially recognize a statewide Hispanic Restaurant Week.

The goal is to encourage the public to visit Hispanic/Latinx restaurants, take pictures of the cuisine or drinks and post to social media, tagging the HRA (@hra_national) and its publication, Colorado Food Magazine (@coloradofoodmagazine). “We were so thrilled to have [the proclamation],” Jaramillo says. “Just to have the stamp of approval saying, hey, we recognize the contributions of the Hispanic or Latin chef, restaurateur and staff. These workers are the human infrastructure of the restaurant industry."

Chefs gather ingredients while competing in last year's Hispanic Top Chef contest.
Alan Castillo
The HRA's plans don't stop with Colorado, either. "We are working with Senator Michael Bennet’s office to get it declared nationally," Jaramillo adds. "I am confident we can get it nationally next year.”

The HRA has compiled a list of 100 recommended local restaurants to try during Hispanic Restaurant Week. “We deliberately did not feature larger restaurants, because our goal was to highlight the smaller and locally owned restaurateurs,” Jaramillo notes.

Many small, independent restaurants get their start as food trucks, and so the HRA and partner OCN Eats have organized a Food Truck Festival for Thursday, September 22, from 5 to 8 p.m. at 6200 South Syracuse Way in Greenwood Village. "The food trucks will be all Hispanic, and it will be our big kickoff," Jaramillo explains. "It’s going to be fun.” Participating trucks include chef Zuri Resendiz's Luchador, Mi Rey Social, Tulas Tapas, Bits N Pieces, Cilantro and Perejil and the Road Runner.

To conclude Hispanic Heritage Month, HRA has organized its second annual Hispanic Top Chef competition on Saturday, October 15, from noon to 5 p.m. Tickets are $65 (or $125 for VIP), and the event will have chefs from across the U.S. competing as well as a wine, mezcal and tequila tasting. In just one year, the event outgrew its previous location and will now take place at the new CSU-Spur Terra Building.

Chef Manny Barella at Bellota is one of the judges for this year's Hispanic Top Chef competition.
Bellota
This year's judges are Pablo Aya, former executive chef of MasterChef Mexico; Manny Barella, executive chef at Bellota and 2022 James Beard Award nominee; Dana Rodriguez, owner of several restaurants including Cantina Loca and also a 2022 James Beard Award nominee; and honoree judge Betty Vázquez of MasterChef Mexico fame. “It’s a thrill to have this high caliber of chefs all in one spot,” says Jaramillo. “They are looked at as role models and that north star for people wanting to get into the industry. They have all earned it and worked their butts off to get where they are, but it can be done.”

Having Vázquez as an honoree judge is a big deal for the competition as well as Denver. “She’s probably one of the most well-known chefs in Latin America,” notes Jaramillo. “We are going to have a dinner on October 12 with her. It will be a fundraiser, and 100 percent of profits will go to feed orphanages in her hometown. All the chefs want to give back. We feel very fortunate to be involved."

While Jaramillo looks forward to enjoying many margaritas (served over ice with salt, of course) during Hispanic Restaurant Week, he admits to always thinking about HRA’s future opportunities, and looks forward to continuing partnerships with major collaborators like DoorDash, Metropolitan State University of Denver, CSU Spur, SPARK3 Hospitality and many more. “Now that we have the experience, we are going to continue the pattern of educating and elevating,” he concludes.
KEEP WESTWORD FREE... Since we started Westword, it has been defined as the free, independent voice of Denver, and we'd like to keep it that way. With local media under siege, it's more important than ever for us to rally support behind funding our local journalism. You can help by participating in our "I Support" program, allowing us to keep offering readers access to our incisive coverage of local news, food and culture with no paywalls.
Make a one-time donation today for as little as $1. 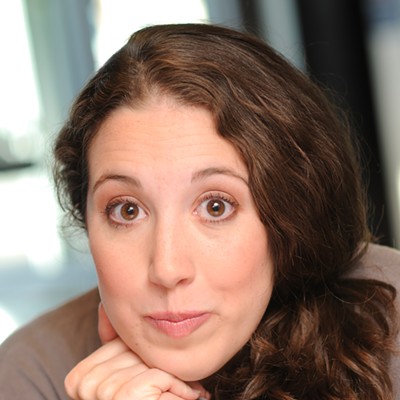