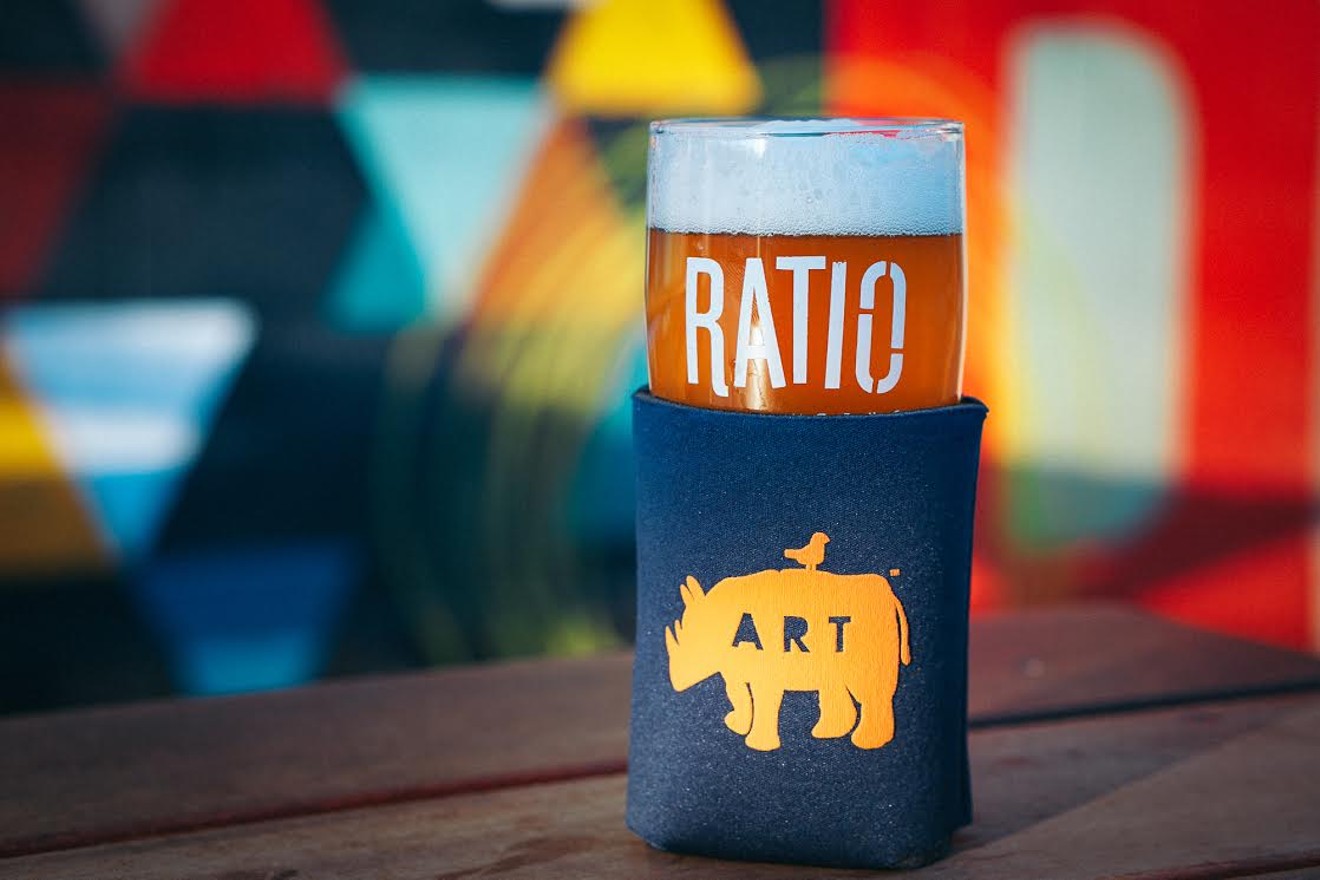 Drink beer at Ratio today to help keep the place open. RiNo Arts District
Like a good mom, the RiNo Art District is rallying around Ratio Beerworks starting at noon on Mother's Day, May 14, to help the brewery while it faces what would otherwise be a three-week-long closure due to a licensing problem.

The nonprofit organization is basically taking over the taproom during that time, buying Ratio's beer from its wholesale distributor and then giving it away for a "suggested donation" of $6 per pint to the district. The arrangement supports the brewery financially while raising money for RiNo and keeping the doors open.

"Twenty days is a long time for a small business to be closed. We want to take care of our small businesses, our artists and our stakeholders in as creative a way as possible," says RiNo Art District president Jamie Licko, who's led the way on several other area-supporting ventures, including working with the city on a plan to help DIY spaces.

"As a nonprofit, we're allowed to go in there and do the tap takeover. We can't charge, but we can ask for suggested donations," Licko adds. "It's a fundraiser, and it's on the honor system. But our experience is that people are incredibly charitable and philanthropic."

Help Ratio to help you to help them.
Ratio Beerworks
The RiNo Art District plans to maintain Ratio's normal business hours for the length of the closure. To do that, Ratio's employees have signed on as volunteers for the nonprofit and will be working for tips alone.

On Thursday, May 11, Ratio closed its taproom after discovering that it had made a mistake on its state licensing paperwork back in 2015, when it first opened at 2920 Larimer Street. It had to cancel numerous events as a result.

That paperwork will now have to be re-filed from scratch, says Ratio co-owner Jason zumBrunnen. It also means that the brewery will have to go through a similar process with the city's licensing department.

"The state has been very helpful in working with us," he adds. “The silver lining of this situation is how positive the neighborhood support has been. We are in awe of the RiNo Art District’s help, and we are proud to work with them to do something community-focused during this temporary closure. We are unbelievably grateful."

“We are beyond humbled and appreciative of Jamie and everyone’s efforts to help," adds Scott Kaplan, co-owner of Ratio Beerworks. "Our neighbors, the neighborhood associations, our customers and supporters have been beyond sympathetic and supportive. The RiNo Art District has been incredible, and we feel really good about what we are doing here...the embodiment of lemonade from lemons."