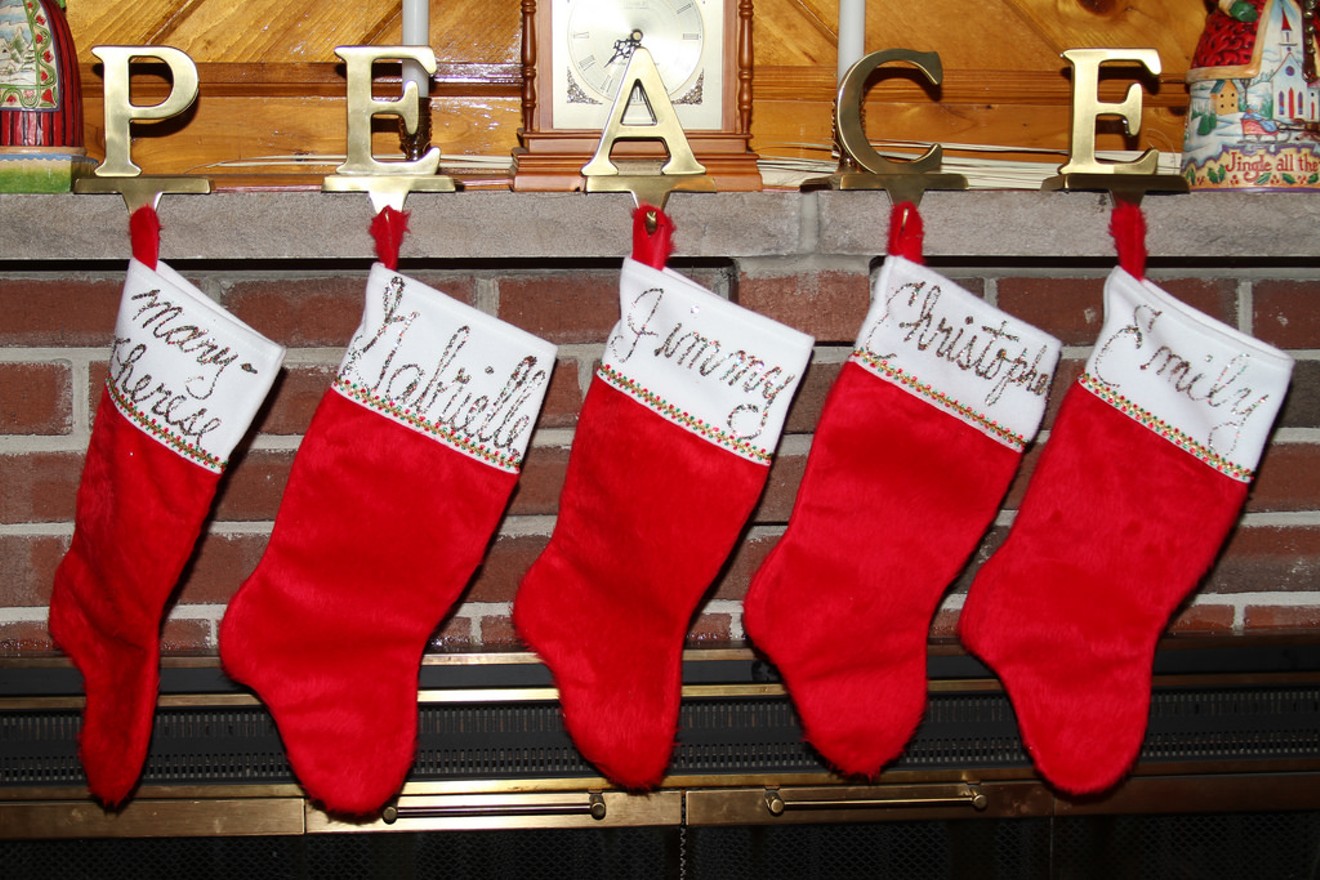 Christmas stockings are made from glitter and glue and felt and anticipation. Jim, the Photographer at Flickr
It’s almost Christmas, and you’re pretty much done with the shopping. You have the latest video game, the newest iPhone, the requisite box of new socks, some Star Wars action figures, and a bike that took you nearly a whole weekend to assemble. Good job, but you’re not done yet: That stocking is going to look mighty thin without a bunch of candy.

Instead of heading to Target to fill a cart with Life Savers Storybooks and generic candy canes and peppermint-flavored versions of whatever sweets you and the kids might eat the rest of the year, why not do something more interesting? Something new, something special. If you really want to stuff your stocking, visit one of these ten candy stores (or all of them). Merry, merry.


Hammond's Candies
5735 Washington Street
Denver’s candy list could almost begin and end with Hammond's, a company that isn’t just a local tradition, but a national one, too. For nearly a century now, the north Denver company has been supplying kids and kids at heart with all the gorgeously spun hard candies, the creamiest nougats, the richest chocolates and generally speaking the most sugary hometown indulgences that a jolly old elf could ask for. Forget the milk and cookies, kids — Santa wants some vanilla caramels and ribbon candy. 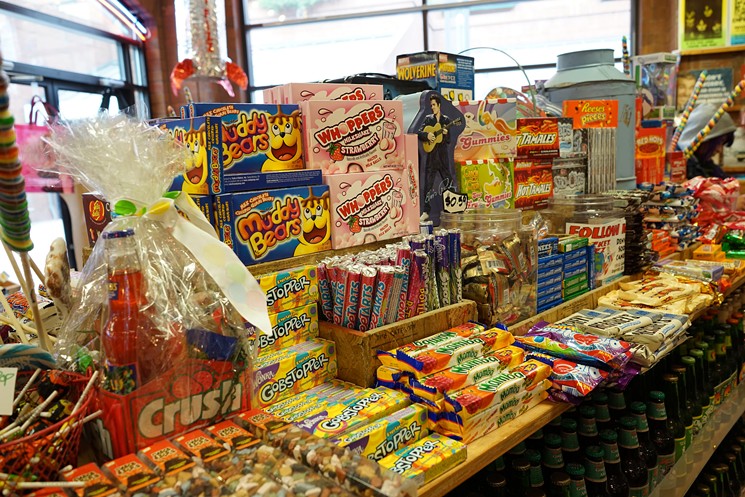 It is too much delicious.
Aranami at Flickr
Rocket Fizz
1512 Larimer Street
Sort of the opposite of Hammond's sits Rocket Fizz. While the Writer Square shop does make some of its own products, is mainly a purveyor of unique, weird, funny and hard-to-find candies that already exist (even in the isolated corners) of the candy market. It’s also far from local (it started in California), and not at all long-standing (the chain as a whole won’t be a decade old until next year), but if you’re looking for candy that won’t just be delicious, but will also invoke a smile? Here’s the place, right downtown, as well as in locations around the Metro area. 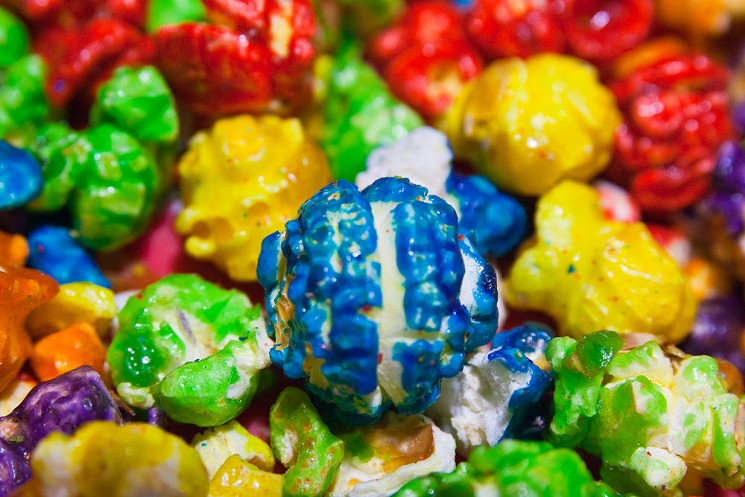 Candied popcorn in every color of the rainbow, plus some colors that don't exist in nature.
Steven Depolo at Flickr
City Pop
1561 Champa Street
Looking for a yummy mix of old-time candy, bins full of sugary goodness and gourmet caramel and candied popcorn in more than seventy flavors? Look no further than downtown's delicious City Pop, which opened in 2013 (and has a satellite location in the Streets at Southglenn in Centennial). Come for the candy, stay for the popcorn. And who says you can’t fill a stocking with popcorn, anyway? Pick a flavor: Bacon cheddar? Banana? Christmas mix? Cornfetti? — and start a new stocking-stuffing tradition.


Enstrom Candies
201 University Boulevard, #118
Chester K. “Chet” Enstrom was known back in the day among family and friends for making some dang good almond toffee. Chet had grown up working with sweets — ice cream, confections of all sorts — but in 1960, he and his wife, Vernie, decided to start up their own little store. By 1965, Enstrom Candies was shipping product worldwide, and the company has never looked back. Luckily, the toffee tastes just as good — and just as homemade — as it did way back then. Check out everything Enstrom has to offer either in the Cherry Creek location or in Arvada. 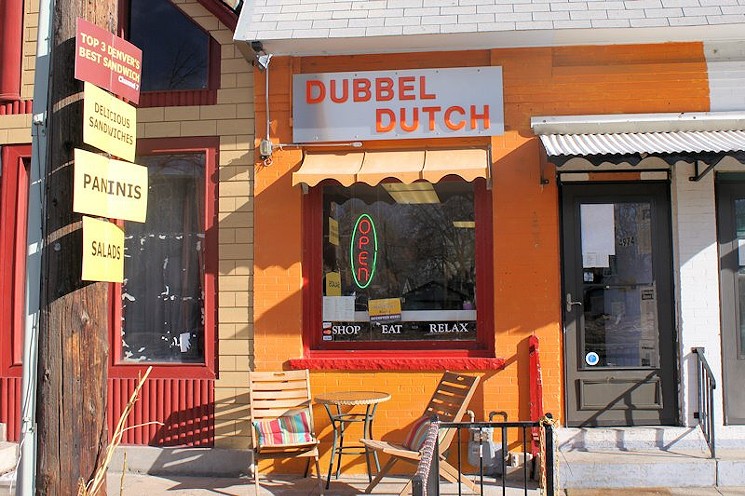 Your one-stop shop for all your speculaas needs.
Facebook
Dubbel Dutch
4974 Lowell Boulevard
This north-side enclave of Dutch delicacy does it up Netherlands-style every year, providing cultural treats for Sinterklaas, from kerstkransjes (Christmas cookies) to stroopwafels (sort of a syrup-wafer that was made to warm slowly over a steaming cup of coffee or cocoa and be more awesome than words can communicate). Thanks to Dubbel Dutch, you can put something your family won’t recognize in their stockings this year — and they'll eat it up before they can ask what it is. Fijne feestdagen!