The Market Closes After 42 Years on Larimer Square 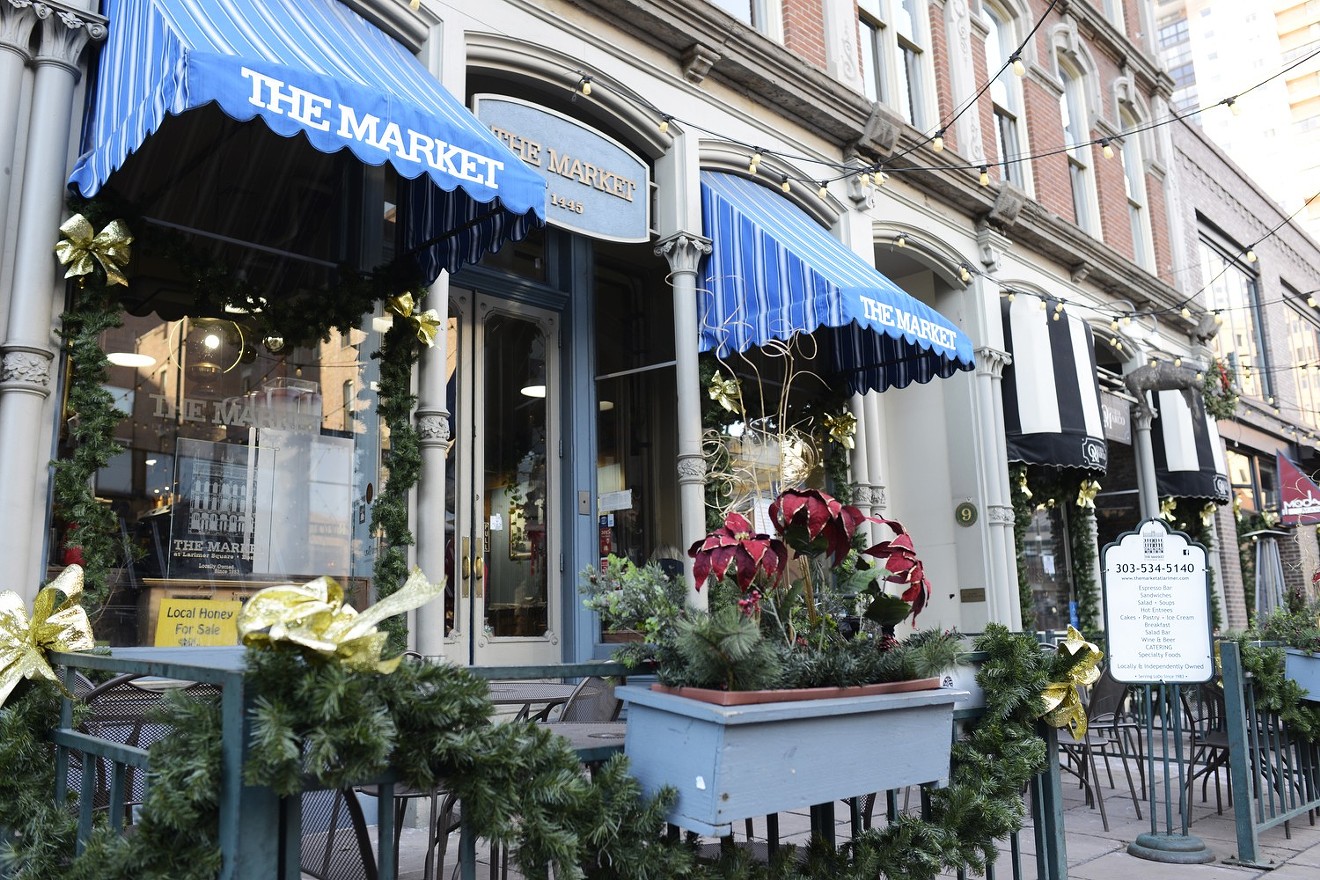 Scott Lentz
The long-term fallout of the coronavirus shutdowns will surely hit Denver's restaurant scene hard, and it's already beginning to take its toll. The Market, at 1445 Larimer Street, announced on its Facebook and Instagram pages that it has closed permanently.

First opened in 1978 by Larimer Square developer Dana Crawford as a small grocery store, the Market became the spot many Denver residents know and love when Mark Greenberg and his brother, Gary, took over the cafe in 1983. The Greenbergs ran a cheese import business, and the Market was one of their top clients; Mark had been eyeballing the space for some time before making Crawford an offer. The brothers always claimed that the Market had the first espresso bar between New York and Los Angeles, definitely making it the first in Denver — long before the first Starbucks opened here. 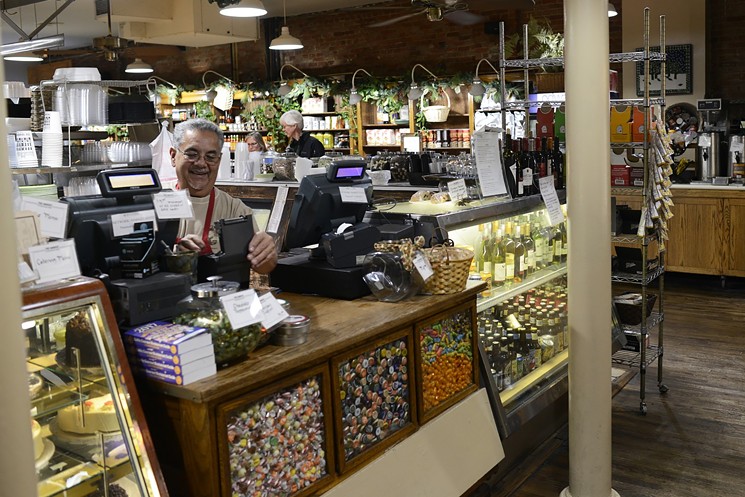 Scott Lentz
But the Market was much more than an espresso bar: The shop served as a bakery, deli and neighborhood gathering spot where customers would spill out from the wood-floored cafe onto the patio whenever the sun was out. Jewish deli sandwiches, whole cakes behind glass, an array of pantry goods packing every inch of shelf space, and bins full of foil-wrapped chocolates and candies added to the lived-in, cluttered appeal of the place, where you'd often see the same faces every day poring over a newspaper or magazine with a latte in hand.

Gary Greenberg passed away in 2000, but Mark and his longtime employees continued to serve downtown until this week. Here's the message the Market put out April 14 on social media:

After 37 years in business, we've made the decision to close The Market's doors for good.

We've had an incredible run, and we're deeply grateful to the Denver community for letting us be a part of your lives - from your morning coffee run and lunches with friends to your yearly Spring Fling traditions and family celebrations, and so many moments in between.

We are proud to have been a part of this community. Larimer Square will always feel like home, and we look forward to visiting our friends here when we can all come together again.

In the meantime, stay safe out there. Thank you, Denver.

In the face of big changes planned for Larimer Square in the coming years and many leases on the block ending soon, Greenberg had been considering closing the Market at some point soon, but the blow of having to close for eight weeks because of the pandemic made the decision come quicker than anticipated.

Larimer Square won't be the same without the Market — and Denver will never be the same after the full impact of the current crisis becomes known in the coming months.
KEEP WESTWORD FREE... Since we started Westword, it has been defined as the free, independent voice of Denver, and we'd like to keep it that way. With local media under siege, it's more important than ever for us to rally support behind funding our local journalism. You can help by participating in our "I Support" program, allowing us to keep offering readers access to our incisive coverage of local news, food and culture with no paywalls.
Make a one-time donation today for as little as $1.