Tivoli Brewing
Tivoli Brewing, which has historic connections in Denver dating back more than 160 years, is once again trying to reinvent itself so that it can last far into the future.

Earlier this month, the brewery hired Ari Opsahl as its new president. Opsahl previously worked in high tech, but also spent seven years with the western division of Anheuser-Busch InBev’s wholesaling arm. At Tivoli, he takes over from Salomon Marcos Garza Jr., the son of Tivoli’s lead investor; Garza was given the job when Tivoli fired most of its staff last December, just before Christmas. Tivoli Brewing
The taproom had closed last fall amid pandemic-related capacity restrictions and because most of the students who take classes at one of the three colleges that make up the Auraria campus were doing so online rather than in person. Bad Daddy’s has designed the menu and will run the kitchen, while Tivoli will operate the front of the house, along with the brewery.

“My background comes from the mega-brewery side, so for me, this is an opportunity to support the local community, local jobs and local tax revenues,” says Opsahl, who moved to Denver six years ago. “I wanted to take on this opportunity because we've got one of the oldest breweries in Colorado, and that should be celebrated, because it is really unique.”

The modern version of Tivoli was founded in 2012 by former Coors executive Corey Marshall and his wife, Debbie. Marshall had acquired more than a dozen nineteenth- and twentieth-century beer and brewery trade names from Denver’s past, including Tivoli, Zang's, Sigi's, Neef's and Hi En Brau, with plans to revive the beers, or close approximations of them. In 2015, he leased space in the original Tivoli brewing building, which now serves as the student union at Auraria. Although it was built in 1870, the brewery’s roots date back to 1859. 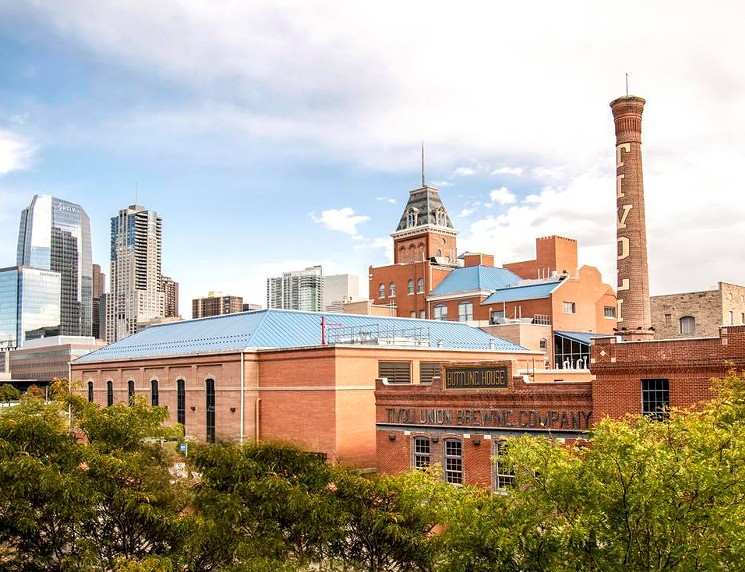 Tivoli Brewing
In 2018, Tivoli opened a second, smaller brewery inside the Westin hotel at Denver International Airport in conjunction with Tom’s Urban. But the next year, Marshall had to step down from his role amid a shakeup by Tivoli’s new lead investor, GD Holdings, a real estate investment group run by Salomon Juan Marcos Villarreal, the third-generation owner and CEO of Grupo Denim, a Mexico-based manufacturer that supplies jeans and other textiles to major clothing brands like Wrangler, Lee, Vans and Tommy Hilfiger. Villarreal is also the controlling owner of the Four Seasons Hotel in Denver, the Ritz-Carlton in Beaver Creek and an under-construction location in Nashville.

For the immediate future, Tivoli will focus on brewing and canning its four core beers — Helles Lager, Bo Girl Pilsner, Mile Hi Hefe and Mountain Squeeze Juicy IPA — along with a seasonal called Hazy in Love IPA. But the brewery also plans to debut a lower-alcohol beer called Rocky Mountain Outlaw later this year. Opsahl says it will eventually start brewing some small batches that will only be served on draft.

As for the airport location, it remains closed (although Tom’s Urban is open) for now until the brewery and its ownership decided what they want to do with it.

"No one is going to say that Tivoli has had banner years over the past couple of years," Opsahl says, and he continues to be surprised "how many people are not familiar with the brand" despite its history in Denver. "So going into 2022, brand awareness is going to be critical."
KEEP WESTWORD FREE... Since we started Westword, it has been defined as the free, independent voice of Denver, and we'd like to keep it that way. With local media under siege, it's more important than ever for us to rally support behind funding our local journalism. You can help by participating in our "I Support" program, allowing us to keep offering readers access to our incisive coverage of local news, food and culture with no paywalls.
Make a one-time donation today for as little as $1.