Where to Watch the Colorado Avalanche Vie for the Stanley Cup

The Campus Lounge location has been a neighborhood watering hole for over seventy years. Molly Martin
The Colorado Avalanche finished the regular season atop the Western Conference, skated through the playoffs and is now on the final step on its quest to win the Stanley Cup in 2022: the Stanley Cup Finals.

Avs fans who don't want to spend the money on tickets to see the game in person might be looking for a great place to watch the rest of the Avalanche playoff run. Others could be seizing the rare chance to watch the Avs games at home, which they often can't do in the regular season when Avs games broadcast on Altitude TV are hidden from most local customers thanks to a dispute with Comcast.

If you'd rather head out than stay home, the team itself is hosting watch parties on the Auraria campus on the Tivoli Quad. Admission to the event is free, with food and drink available for purchase.

But if a bar is more your style, show your team spirit at these spots: 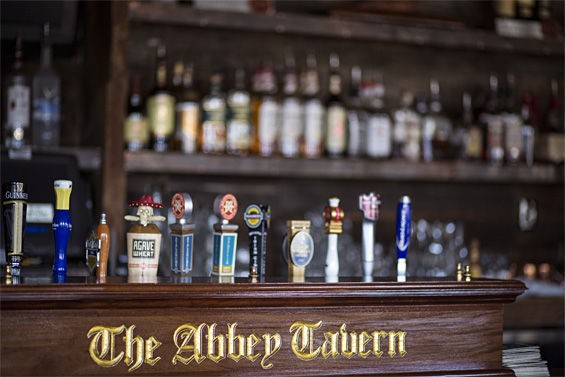 Danielle Lirette
The Abbey Tavern
5151 East Colfax Avenue
303-321-5151
Although this Irish pub is best known in the sports world for hosting Liverpool Football Club watch parties no matter what time of day the Premier League club plays, it's a good place to catch an Avalanche game, too. The menu contains nods to Irish pub flavors including Guinness BBQ chicken wings, fish and chips and an Irish breakfast served at all times of the day.

Bender's Bar and Grill
10710 Westminster Boulevard, Westminster
303-974-5215
Bender's makes sports the center of attention, with over thirty screens dedicated to game-time action. It's connected to the Ice Centre at the Promenade, with several tables overlooking one of the rinks there, making it the perfect place to get in the mood for some hockey. Plus, its location means you won't have to battle downtown traffic.

Blake Street Tavern
2031 Blake Street
303-675-0505
Blake Street Tavern was Westword's 2022 pick for Best Sports Bar, and it definitely lives up to that name when it comes to Avs playoff games. The cavernous bar has multiple rooms and outdoor areas, all decked out with televisions and game sound. While an Avalanche playoff game is going on, patrons get pulled in to the fun, the food and the fight for the Cup as fans root for their hometown team. Plus, the bar is hosting watch parties for the finals. 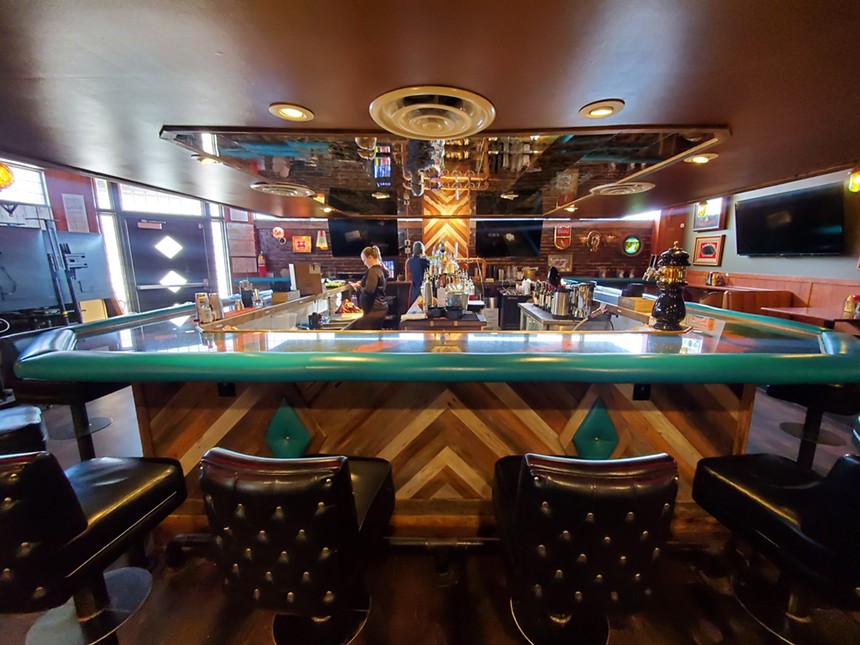 There are plenty of seats at the bar at Campus Lounge.
Molly Martin
Campus Lounge
701 South University Boulevard
720-379-5671
Campus Lounge is a classic sports bar — and its former owner was a retired pro hockey player and DU Pioneer alum. It's got plenty of food and drink to keep the fun going all night, including a late-night happy hour from 10 p.m. until close so that Avalanche fans can ring in a victory with discount drinks — or comfort themselves after a loss with the knowledge that at least their beer cost $1 less.

Whether it be downtown or Cherry Creek, both locations of the Cherry Cricket (which is known for its burgers) will be offering $5 pints of Avalanche Amber Ale and $4 Pink Whitneys on Stanley Cup game days. Come for the drink discounts and enjoy the classic environment with other friendly Avs fans.


Chopper's Sports Grill
80 South Madison Street
303-399-4448
Named after former Denver Nuggets trainer Robert “Chopper“ Traviglini, this Cherry Creek spot has hosted Colorado sports fans since the 1990s. It has plenty of televisions and an HD video wall, making the game the focus. But don't forget the food and drink: Chopper's focuses on fresh food, with everything prepared in-house and most of its beer list hailing from Colorado breweries.

Icehouse Tavern
1801 Wynkoop Street
303-292-3775
This well-known Avs bar is located in the historic IceHouse building, which recently dipped its toe in controversy when Kulture Music Hall attempted to establish an electronic-music venue in the basement before withdrawing its application. Regardless, Icehouse Tavern is still going strong, and hockey fans can enjoy plenty of flat-screens, all-day deals and pizza by the slice while watching the game.

JD's Bait Shop Sports Grill
9555 East Arapahoe Road, Greenwood Village
303-790-4744
Another offering for those looking to avoid downtown, JD's has been around since 1995. Its Bait Shop Bobbers (fried, cheese-stuffed and bacon-wrapped jalapeños) and breaded catfish offer some alternative options to the usual sports-bar fare while sticking with the theme of counting goals instead of calories.

Paradise Tavern
9239 Park Meadows Drive, Lone Tree
303-247-9264
Paradise Tavern just celebrated its one-year anniversary, and it's ready to welcome Avalanche fans in Lone Tree. The bar is running an Avalanche special happy hour during games, with pints on draft for $4 and craft pints for $5, among other deals. The menu is Indian-fusion and includes several vegetarian options.

Sobo 151
151 South Broadway
303-778-1560
Sobo 151 is a Czech-owned sports bar, making its food and drink offerings unique, with an entire section of the menu dedicated to Czech fare you might not find elsewhere. It also has hockey-themed sandwiches named Zamboni and Penalty Box and an entree called Game 7 Overtime, made to be shared with friends rooting for the Avalanche without ever needing overtime, or Game 7.

Stoney's Bar and Grill
1111 Lincoln Street
303-830-6839
Stoney's Uptown Joint
1035 East 17th Avenue
720-485-5503
Both locations of this local sports pub offer great beer and a great atmosphere. There's no dearth of televisions on which to watch an Avalanche game, and the fans who watch at Stoney's are engaged yet chill as they drink in goal after goal — and, maybe, hard kombucha after hard kombucha. Head to either spot to take part in this Avalanche playoff run.
KEEP WESTWORD FREE... Since we started Westword, it has been defined as the free, independent voice of Denver, and we'd like to keep it that way. With local media under siege, it's more important than ever for us to rally support behind funding our local journalism. You can help by participating in our "I Support" program, allowing us to keep offering readers access to our incisive coverage of local news, food and culture with no paywalls.
Make a one-time donation today for as little as $1.