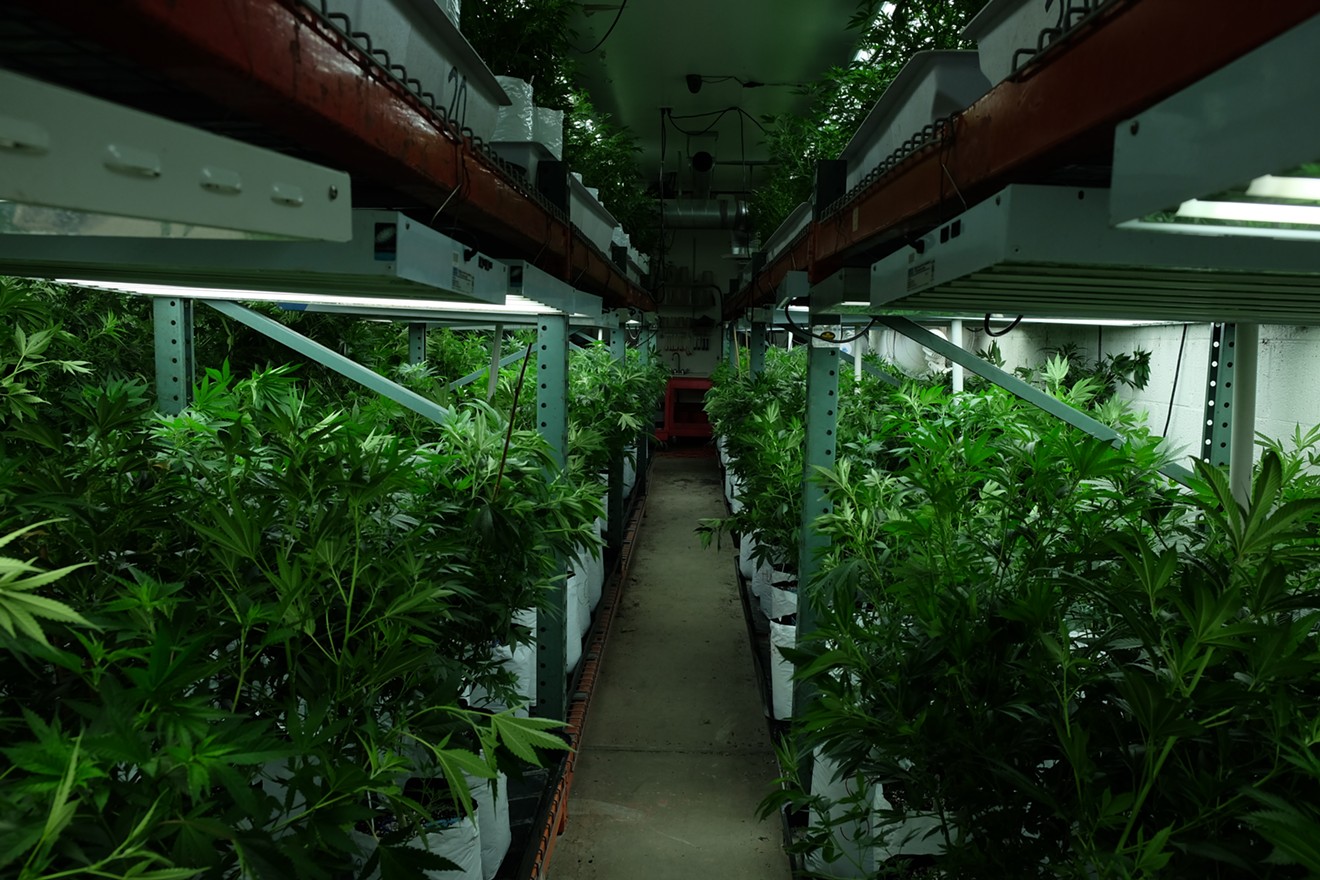 A row of plants inside Colorado Harvest Company's cultivation facility. Kate McKee Simmons
Momentum for federal cannabis reform may be slowing down under the current presidential administration, but the industry has never had more lobbyists in Washington, D.C., than it does now. And few have been lobbying longer than the National Organization for the Reform of Marijuana Laws, which visited Capitol Hill last week to advocate for a number of pot-friendly bills and amendments.

Jordan Person, executive director of NORML's Denver chapter, represented Colorado's interests during the lobbying trip, meeting with several senators and state representatives to talk about cannabis prohibition. Backing the largest recreational cannabis marketplace in the country, Colorado's pot industry would feel the effects of the passing – or rejection – of possible legislation, as the United States Department of Justice continues to issue opinions and orders about its distaste for legal cannabis.

"They see the need, but they also see the absolute hold at the federal level right now," Person says of the members of Congress with whom NORML discussed legalization. "We asked for any advice that they had to offer. They just encouraged that we go back and educate our local and state reps so that they can vote properly. Right now, some of these politicians have bills put in front of them, and they have no idea what [the bills] are talking about."

NORML now has a full-time lobbyist in D.C., Person says, and the organization could feel the impact of the stronger presence despite the chilling effect from the Justice Department. She and her colleagues met with several of Colorado's pot-friendly politicians, including representatives Jared Polis and Diana DeGette as well as senators Michael Bennet and Cory Gardner. The group also met with New Jersey Senator Cory Booker, who recently sponsored the Marijuana Justice Act, a Senate bill that would end federal cannabis prohibition.

"I feel like all the people we have in Congress from Colorado are all pretty supportive," Person explains. "Unfortunately, there's not going to be a lot of progress made because of the current administration. It's truly put a hold on marijuana reform."

The reform NORML was pushing last week focused broadly on ending federal prohibition, and more specifically on changes such as banking services for state-licensed pot businesses and veterans' access to medical marijuana. Person shared the full list of legislation NORML lobbied for during its trip to D.C.:

Person says that Denver NORML's next move will be creating informational books about cannabis laws for Colorado senators and state representatives as it readies two bills for the state's next legislative session. The bills will focus on statewide social consumption and employee drug-testing practices in Colorado. The organization will also send a report on what it learned during its D.C. lobbying visit to the Denver City Council.

"At the local level, it's about just sharing what we've learned," she says. "There's still so much to do."