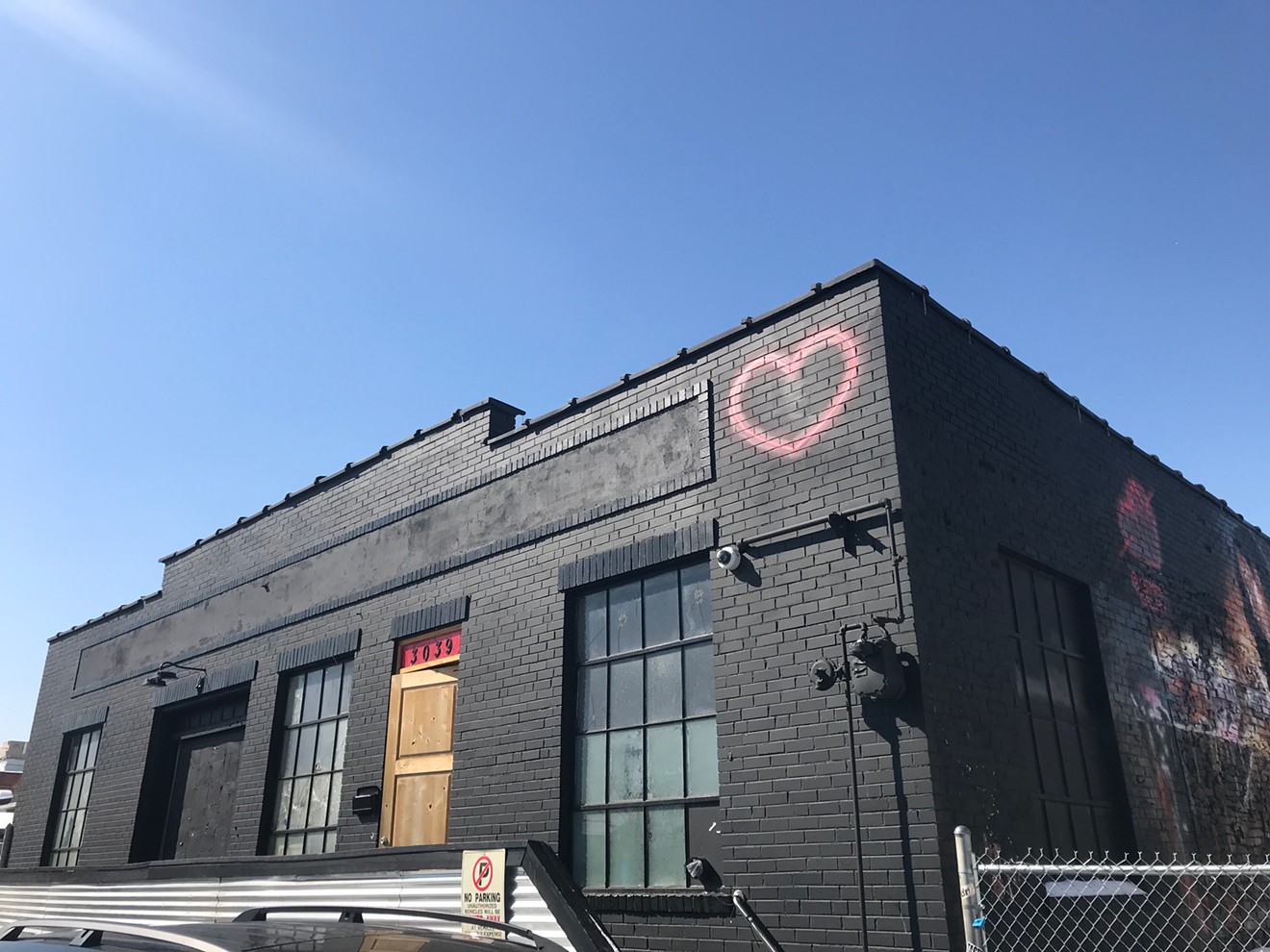 Tetra 9 is located at 3039 Walnut Street. Courtesy of Tetra 9 Private Lounge and Garden
A new club that welcomes social cannabis smoking, vaporizing and dabbing will open today, February 22, in RiNo — but it won't be part of the City of Denver's Cannabis Consumption Establishment license program. At Tetra 9 Private Lounge and Garden, located at 3039 Walnut Street, members will be able to consume cannabis during special events; the place will also be available for private parties, where invited guests can do the same.

Tetra owner Dwayne Benjamin had been hosting the Mile High Marijuana Showcase, a cannabis industry event that allows pot consumption, at various venues around the city. Now that he has his own club, his days of searching for event space are over. "It's hard to find a socialized or nightlife experience within the marijuana community," Benjamin explains. "We want to provide more than vendor events and small consumption spaces."

Benjamin says he decided to create a private lounge instead of a CCE licensed business for several reasons. "It's definitely easier," he notes. "And with a private consumption lounge, it gives me the ability to cater to my specific clients, and it allows me to be more accountable for my events. We're just trying to add some value to social consumption."

Private cannabis clubs have had a checkered past in this city. Several have been busted by the Denver Police Department, with stings in 2014 and 2015; founders of the International Church of Cannabis received citations from undercover police officers for alleged public pot consumption at the church on April 20, 2017.

During a 2017 interview, Daniel Rowland, then the communications manager for the Denver Department of Excise and Licenses, said that it was fairly common for undercover officers to stop at cannabis-consumption events to see how private they really were. "People running these events have passed it, and people have failed it," he noted.

Excise and Licenses spokesperson Bia Campbell confirms that Tetra 9 doesn't have a CCE license, adding that the department "is aware of the existence of the club, and we treat those businesses on a case-by-case basis."

By limiting Tetra membership to people who are at least 21 years old and keeping the club events private,  Benjamin believes he is operating within the law. In order to enter the space, a would-be visitor must first become a member by joining Tetra online. General memberships are $10 a month, and VIP memberships are $35; general members must also pay $10 for each entry, while VIP memberships grant free entry and four guest passes per month. Tables may also be rented for $100.

Tetra is hosting a weekend's worth of grand-openings events, starting with an open-mic night on Thursday, February 22. Friday's event is a night of live music, Saturday is a ladies' night, and there will be a dance party and industry showcase on Sunday. Each event will run from 7 p.m. to midnight.

A member is allowed to bring up to one ounce of cannabis products to the club, according to the Tetra website, but no sales or exchanges of cannabis will be allowed on site. No pot or alcohol will be sold at the lounge, but members can bring in their own beer, wine and spirits if it's approved by club staffers.