The Tank could be Colorado's most unusual venue. Courtesy of the Tank
click to enlarge

The Tank could be Colorado's most unusual venue.
Courtesy of the Tank
There’s an old cowboy saying that if you grabbed America by Texas and North Dakota and turned it counterclockwise, all the freaks and weirdos who didn’t have a great hold on things would fall westward until they landed in the Rockies.

That’s one way to explain why so many of Colorado’s favorite summer destinations seem busier than ever. But you can avoid the crowds this summer by checking out some of Colorado’s more-overlooked must-see sites.

Pray Your Way Across the Devil’s Causeway
Flat Tops Wilderness Area
Forget that tourist-packed waterfall attraction. Braver sorts should instead seek out the thrill of a lifetime by exiting I-70 at Wolcott instead of Hanging Lake, heading north to Yampa, and taking Routt County Road 7 to Forest Service Road 900 until it ends in a parking lot in the Flat Tops Wilderness Area. From here, chart a multiple-mile route across the Devil’s Causeway, a fifty-foot-long land bridge that’s as narrow as four feet, with eighty-foot dropoffs on either side. Don’t go alone, don’t go if it’s windy or wet, and be extra careful while taking that selfie: You’ll be rewarded with a view that makes you feel like you’re standing on top of all of Colorado — or sitting, if you opt to scoot across on your rear end.

Spend the Night in a Pueblo Jail
Pueblo
There are a million good reasons to visit Pueblo right now. No matter what takes you to the Steel City, though, be sure to spend the night at Station on the Riverwalk, a boutique hotel centrally located in what was for decades a police station and jail. Rooms are delightfully jail-themed, and while many incorporate some of the building’s original features — including bunk beds and “solitary confinement” doors — they’re all exceptionally comfortable, with thoughtful, high-end touches. Grab a cocktail on site at the upscale Clink Lounge and then get the full Pueblo experience by stumbling over to Smitty’s Greenlight Tavern. Just be careful telling the person one stool over that you walked there from jail.

Get Tanked in Northwestern Colorado
Rangely
Red Rocks may be majestic, but for an even more memorable concert experience, truck on up to Rangely — home to the Tank Center for Sonic Arts. There you’ll find a circa 1940 steel water railroad water-treatment tank repurposed into a truly one-of-a-kind music venue and recording facility. Praised for its otherworldly acoustics, the Tank has played host to late jazz great Ron Miles, Grammy Award-winning guitarist Bill Frisell, and even Flobots. Tickets are available for concerts through October, you can visit for free on Saturdays, or reserve the Tank for yourself for just 35 bucks an hour. Whatever you do, stop for lunch afterward at Giovanni’s Italian Grill — where you can even order a pizza hand-tossed in the Tank’s honor.

Ride Around History
Burlington
Thousands of wooden carousels were carved during America’s fifty-year “golden age” of amusement parks, which ended with the Great Depression. Fewer than 150 still spin today, and a prime example is galloping around and around the eastern plains in Burlington. The Kit Carson County Carousel, originally manufactured for Elitch Gardens in 1905, holds a few important distinctions: It’s the country’s only antique carousel with its original paint, and the only surviving example by its historic manufacturer to feature other animals alongside horses. Tickets are still just a quarter, with admission to the nearby must-visit Kit Carson Carousel Museum running a buck. On your way out of town, make sure to get the full amusement park experience with a doughnut and an ice cream cone at the Little Brick Creamery.

Find Yourself in the New Age Capital of the World
Crestone
Hailed by some as America’s spiritual center and others as the “new age capital of the world,” Crestone is home to dozens of ashrams, institutes, temples, chapels and more facilities created by just about every belief system that you can think of — and some you never imagined. Many, like the Lakshmi Temple, are open by appointment to daily visitors, while others, like Dharma Sangha, the Crestone Mountain Zen Center, allow you to book longer retreats. If you’re not hip to that sort of thing, make the trip just to say you climbed the Crestone Ziggurat or explored the 93,000-acre Baca National Wildlife Refuge. Afterward, soak in some nearby hot springs: Joyful Journey if you’d prefer to keep your swimsuit on, or Valley View if you’re comfortable in the buff.

Go Underground
Creede
There’s only one incorporated municipality in all of Mineral County, and that’s the City of Creede. But despite its small size, Creede has a vibrant underground scene: The Creede Underground Mining Museum, blasted out of solid rock on the north side of town, will fill you in on the area’s rich mining history. Next door, find the Creede Community Center, also completely underground — itself worth a visit to learn the finer points of woodworking at the annual Woodcarvers Rendezvous. While in town, see history in the making by visiting the “World’s Largest Fork,” or history as it was by taking in the place that cowboy legends Poker Alice, Soapy Smith and Bat Masterson once lived — and where Robert Ford, the coward who shot Jesse James, died.

Get Back in the Saddle at a Rodeo
Deer Trail
Deer Trail, located on the outskirts of Arapahoe County, is technically part of metro Denver, so it makes for a quick visit. There’s no better time to go this year than Friday, July 8, and Saturday, July 9 — when Deer Trail will celebrate the 153rd anniversary of its rodeo, which claims to be the world’s oldest. While that’s up for debate, the fun to be had here is not: Enjoy a plateful of Rocky Mountain oysters for just fifteen bucks at the Elks Lodge, then ramble over to the rodeo grounds for the historic fun and a country-Western concert, to boot. If you’re busy that weekend, never fear: The nearby High Plains Raceway, one of Colorado’s most popular amateur racing tracks, has free-to-watch events just about every week.

Look Up, Way Up
Westcliffe and Silver Cliff
The sister towns of Westcliffe and Silver Cliff in Custer County were the first in Colorado — and just the ninth in the world — to be certified as an International Dark Sky Community. That means this area is home to world-class stargazing; nestled between the Wet Mountain and Sangre de Cristo ranges, these are the highest Dark Sky towns in the world. Public “Star Parties” run through October, and you can even reserve a private, expert-led one for free as conditions allow. Book a stay at the Dark Sky Suites in Westcliffe, then drink away any pain caused by craning your neck with a bottle or two at Silver Cliff’s Silverdome Saloon — Colorado’s only dive bar in a geodesic dome. Find out more at darkskiescolorado.org.

Get Vindicated
Victor
Leave the slots in nearby Cripple Creek for colder days. For summertime fun, take a hike along the Vindicator Valley Trail in Victor to see dozens of mines from the town’s gold rush days. Then catch the world-famous broom wall at the Victor Trading Co. and Manufacturing Works, grab a drink and a green chile burger at the 1899 Mining Claim and Saloon, and get some shuteye at the Black Monarch — a former brothel turned boutique hotel with rooms themed after Lizzie Borden, Jack the Ripper and even Nikola Tesla, who’s said to have first wired the place for electricity (blackmonarchhotel.com). The next morning, make sure to order a Bee Sting, baked with pride by German immigrants, at the Gold Camp Bakery.

You can hunt history as well as elk in Craig.
Skyler McKinley
Celebrate Gunslingers and Geegaws
Craig
Craig lays claim to the title of “Elk Hunting Capital of the World,” and with good reason: Two of North America’s largest herds can be found here during the fall hunting months. A pair of excellent museums also call Craig home year-round. One is the Museum of Northwest Colorado, a veritable historical jewel box housed in the former Colorado State Armory building, with nationally acclaimed artifacts from the region’s gunslingers, among other exhibitions. A few minutes just outside of town, you’ll find the Wyman Living History Museum, an eclectic jumble of everything from farm equipment to Colorado license plates to a “premier chainsaw collection” and even a horse-drawn hearse. Both offer free admission, so take the money you saved and order the full rack of pork ribs at J.W. Snack’s Gulf Coast Bar & Grill, a fun roadhouse with an electric ambience that will make you forget you’re in the landlocked reaches of northwest Colorado and not, say, the Florida Keys.
KEEP WESTWORD FREE... Since we started Westword, it has been defined as the free, independent voice of Denver, and we'd like to keep it that way. With local media under siege, it's more important than ever for us to rally support behind funding our local journalism. You can help by participating in our "I Support" program, allowing us to keep offering readers access to our incisive coverage of local news, food and culture with no paywalls.
Make a one-time donation today for as little as $1. 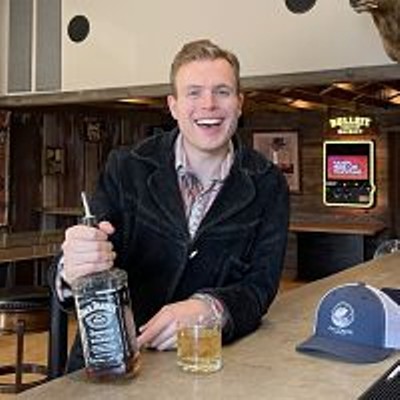