Get Ready: Frank Miller Is Coming to Denver Comic Con

Denver Comic Con
Denver Comic Con just announced that it will host a very special guest at its 2018 iteration — none other than Frank Miller. For those not familiar with Frank Miller by name...well, you’re probably not going to Denver Comic Con. But if you’re the exception who wants to find out why many fans will be clamoring to spend up to $500 for a Platinum Fan Experience, we’re here for you. (Although less expensive options are available, the big enchilada includes a limited-edition print and up to five autographs, as well as a 45-minute Meet & Greet and a selfie with Miller himself.)

Why should you know Miller's name? The short answer is that he changed the comic-book genre. He’s not the only one who did, of course — the lofty list is long, starting with Stan Lee and Jack Kirby. But it includes some more modern masters, too: Alan Moore, Grant Morrison, Mark Millar and others who have names that don’t start with the letter M. But Miller’s work was both a constant leader in the evolution of the medium and an effective argument that comic books weren’t just for kids anymore. The evidence for these claims is in this Frank Miller reading list, to help you prep for Denver Comic Con 2018. You’re welcome, you yellow bastards. 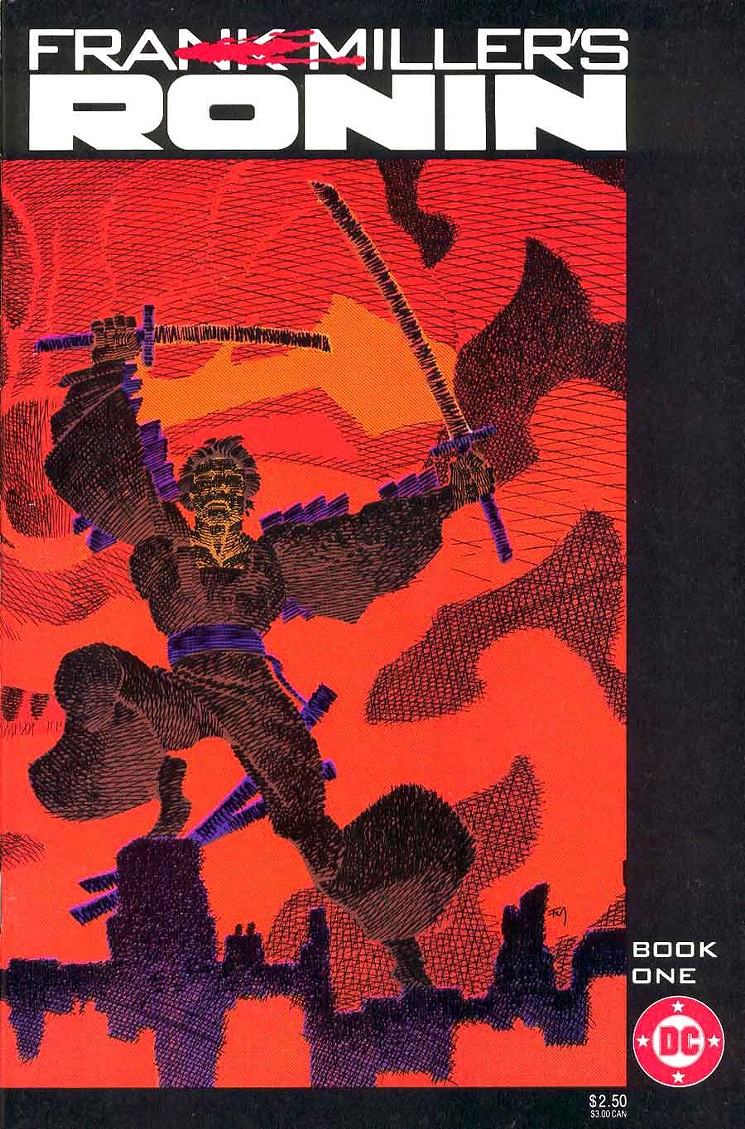 DC Comics
8. Ronin (DC, 1983)
If you like samurais and cyberpunk and dystopian cityscapes and ruminations on duty and sacrifice, look no further than Ronin, which kicked off not just the run of Frank Miller’s best indie work, but also DC’s reliance on adult-oriented storylines both dark and decidedly non-spandex. It’s a tale of tools and technology — and the wisdom of the men who wield them. This was not the first time that Miller would draw from this well, broadly speaking, but it was a vital early and independent start.

Marvel Comics
7. Wolverine (Marvel, 1982)
This four-issue limited series — the first solo book for what might be argued became Marvel’s de facto flagship character — defined much of the visual mythology surrounding the Snikt-master himself. This was a Wolverine comic that was more about the man behind the mask, more about Logan than the Canucklehead fans had grown to love in the pages of John Byrne and Chris Claremont’s Uncanny X-Men. And it was Claremont serving as writer here as well; Frank Miller’s art partners well with it, but the fact that he shared credit for this book is why it doesn’t show up on other best-of lists. That may be shortsighted, as Miller’s artistic take was ultimately a love song not just to Japanese culture, but to Wolverine himself, who grew out of his cigar-chomping, berserker roots to take on real depth — not that he stopped chomping cigars, or being the best there was at what he did, even if what he did wasn’t very nice.

Dark Horse Comics
6. Martha Washington: Give Me Liberty (Dark Horse, 1990)
Partnering with Dave Gibbons on the heels of their legendary mid-’80s works (Frank Miller’s Dark Knight Returns, later in this list, and Gibbons and Alan Moore’s Watchmen), this lesser-known but more than worthy entry focuses on a young African-American woman named Martha Washington, living in a corrupt future America in which corporate greed and political extremism have brought about the nation’s downfall. (If that seems at all prescient, then good job: You’re paying attention.) Miller would return to the character of Martha Washington several times over the next couple of decades, but this series was her start, and the heart of her legend.

Dark Horse Books
5. 300 (Dark Horse, 1998)
If all you know about 300 is the movie version, then you owe it to yourself to check out the original. Everything the movie did, the book does better. How much better? Three hundred times better. Everything is heightened —the drama, the gore, the battle and, yes, the wide-frame, almost IMAX-like visuals. It’s striking and brutal; it’s the historic Battle of Thermopylae, only turned up to eleven. Herodotus might have been guilty of stretching the truth for dramatic effect here and there, but Herodotus ain’t got nothing on Frank Miller.