Don't waste time waiting longingly for your letter to the Hogwarts School of Witchcraft and Wizardry; there's plenty of magic right here in Denver if you know where to look. Tap into your inner witch, wizard or magician through food, toys, golf and plants. No matter how you like to make magic, there's a bit of bewitchment to be found all around the city.

The Wizard's Chest
451 Broadway
303-321-4304
Since I was a child, the Wizard's Chest has been my ultimate destination, even when it was tiny and nestled in a Cherry Creek storefront. A few years ago, the shop moved, reopening on South Broadway. From the outside, it looks like a castle just waiting for young and old dreamers alike to enter and take in the wonder. The original store opened in 1983 and was modeled after J.R.R. Tolkien's Middle Earth, straight from the The Hobbit and The Lord of the Rings trilogy. The space has changed somewhat over the past three decades, but guests can still visit the Winchester Slatebeard and the robed wizard who oversees the shop. Peruse magic tricks, puzzles, toys, games, costumes and other items sure to boost the imagination.

Wizarding World Escape Room
8951 Harlan Street, Westminster
303-362-1286
You won't find any direct references to Harry Potter here, but fans of J.K. Rowling's magical world will still feel at home in this escape room. And don't worry: If, at the end of an hour, your group can't solve the puzzles and work out the mystery, the headmaster of the Wizarding Academy will still release you. Dress up in your finest magical attire and bring other magic-loving friends. Tickets run $30 per guest; learn more at the website. 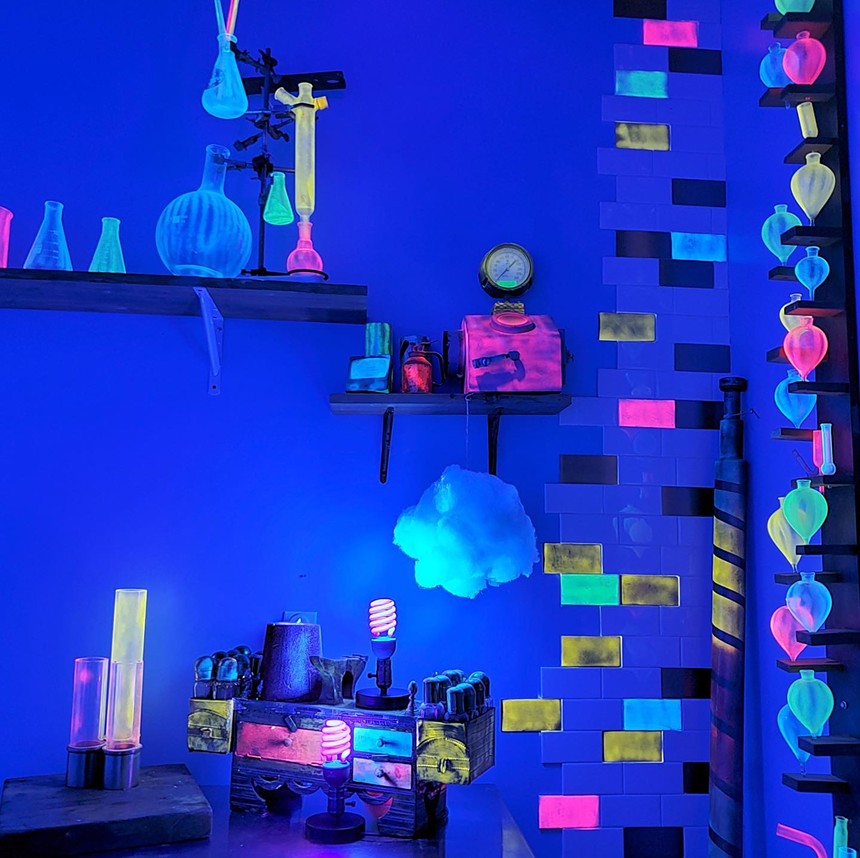 Glow-in-the-dark treats are definitely magical.
Inventing Room
Candy Magic
The Inventing Room, 4433 West 29th Avenue
303-960-6656
For years, Ian Kleinman has created magic through his Willy Wonka-themed candy shop. It's a place any lover of the mystical culinary arts should explore. Enjoy a $45 Gobble Box, which has an Everlasting Gobstopper lollipop, unicorn pop rocks, freeze-dried Skittles, no-melt ice cream and more. There's also a glow-in-the-dark version of this pack and Harry Potter-themed lollipops to try. To get a look into how Kleinman makes candy magic, book a $15 ticket to his Future of Dessert demonstration. It's 45 minutes of sweet trickery, and while you'll see how things are made, expect to try his creations, too. This includes nitro space foam, glow-in-the-dark cotton candy, a liquid-nitrogen ice cream sundae and more. 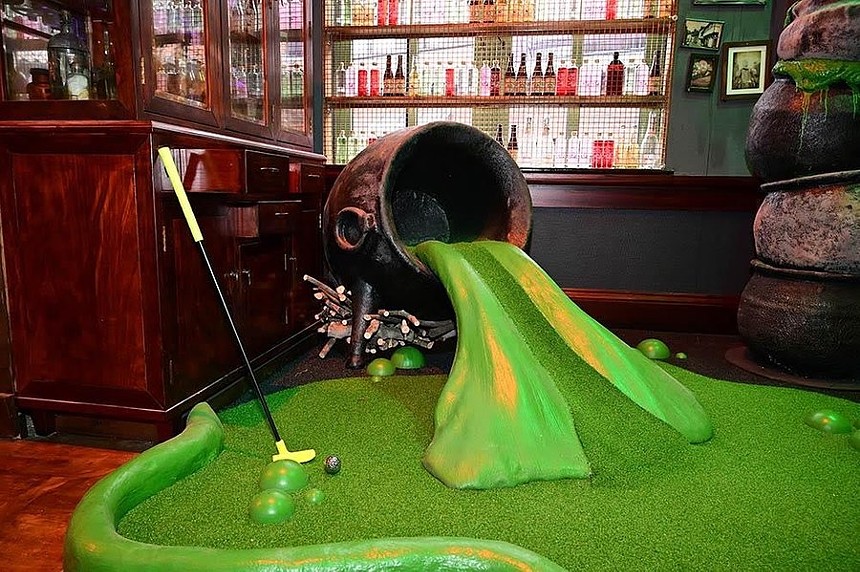 Wizard-themed mini golf for the win.
Hidden.com
Potion Putt Mini Golf
November
Location TBD
Even the magical folk need a little downtime, especially when putt-putt is involved. Embark on a journey that includes nine holes of "wand-erful" entertainment among bubbling cauldrons, colorful potions and mystical portals. You'll also be able to cast some spells and sip some witch-crafted cocktails, a version of butter beer or non-alcoholic drinks. Tickets are $15 for adults and $12 for kids, though children are only allowed during the family-friendly hours before 5 p.m. Organizers haven't yet released the official dates, times or location for Wizard Mini Golf — only that it will be in Denver at an 80205 zip code and opens in November. Follow the magic online for more details.

and mark your calendars: 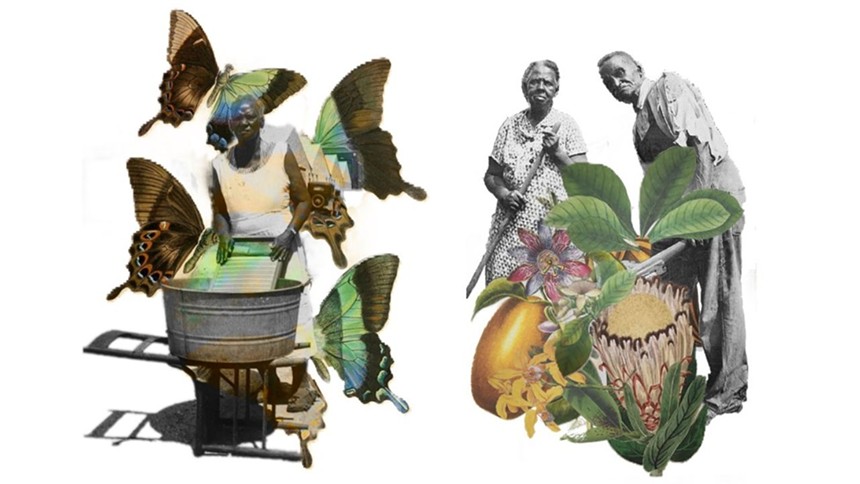 Organic Tarot: Work by Tya Alisa Anthony
January 15 through April 3, 2022
Denver Botanic Gardens, 1007 York Street
720-865-3500
Get ready for a little winter garden magic this January as the Denver Botanic Gardens opens Organic Tarot: Work by Tya Alisa Anthony. During this special exhibit in the Freyer-Newman Center from January 15 to April 3, see Anthony's beautiful images, which combine archival photos with botanical pictures. All of it has a mystical twist while also showcasing stories of Depression-era Black sharecroppers and other people of color from around this time. To make the Organic Tarot, the artist started by looking through digitized historical photos, and once she picked the ones she wanted, she pulled a card from a tarot deck and used it to interpret themes and create the final pieces. Expect more programs surrounding this exhibit, which will be announced in the coming months. Access to Organic Tarot is included with Gardens admission, $11 to $15.

LeakyCon
October 14 to 16, 2022
Crowne Plaza Denver Airport Hotel and Convention Center, 15500 East 40th Avenue
Okay, so maybe you have to wait a whole year for this epic Harry Potter-themed convention (thanks, pandemic), but that gives you plenty of time to prepare the perfect witch, wizard or magical-creature costume. The official dates are October 14 through 16, 2022, and tickets are on sale now, starting at $65 for a day pass (single Saturday passes are already sold out) and going up to $400 for the ultimate weekend Marauder Pass, which includes anything and everything you might want to do at the event. There will be panels, programs and performances, all created with J.K. Rowling's fantastical books in mind, as well as appearances by Harry Potter actors and plenty of merchandise to stock up on.

Do you know of magical events and experiences to explore? Let us know what they are at [email protected]
KEEP WESTWORD FREE... Since we started Westword, it has been defined as the free, independent voice of Denver, and we'd like to keep it that way. With local media under siege, it's more important than ever for us to rally support behind funding our local journalism. You can help by participating in our "I Support" program, allowing us to keep offering readers access to our incisive coverage of local news, food and culture with no paywalls.
Make a one-time donation today for as little as $1.