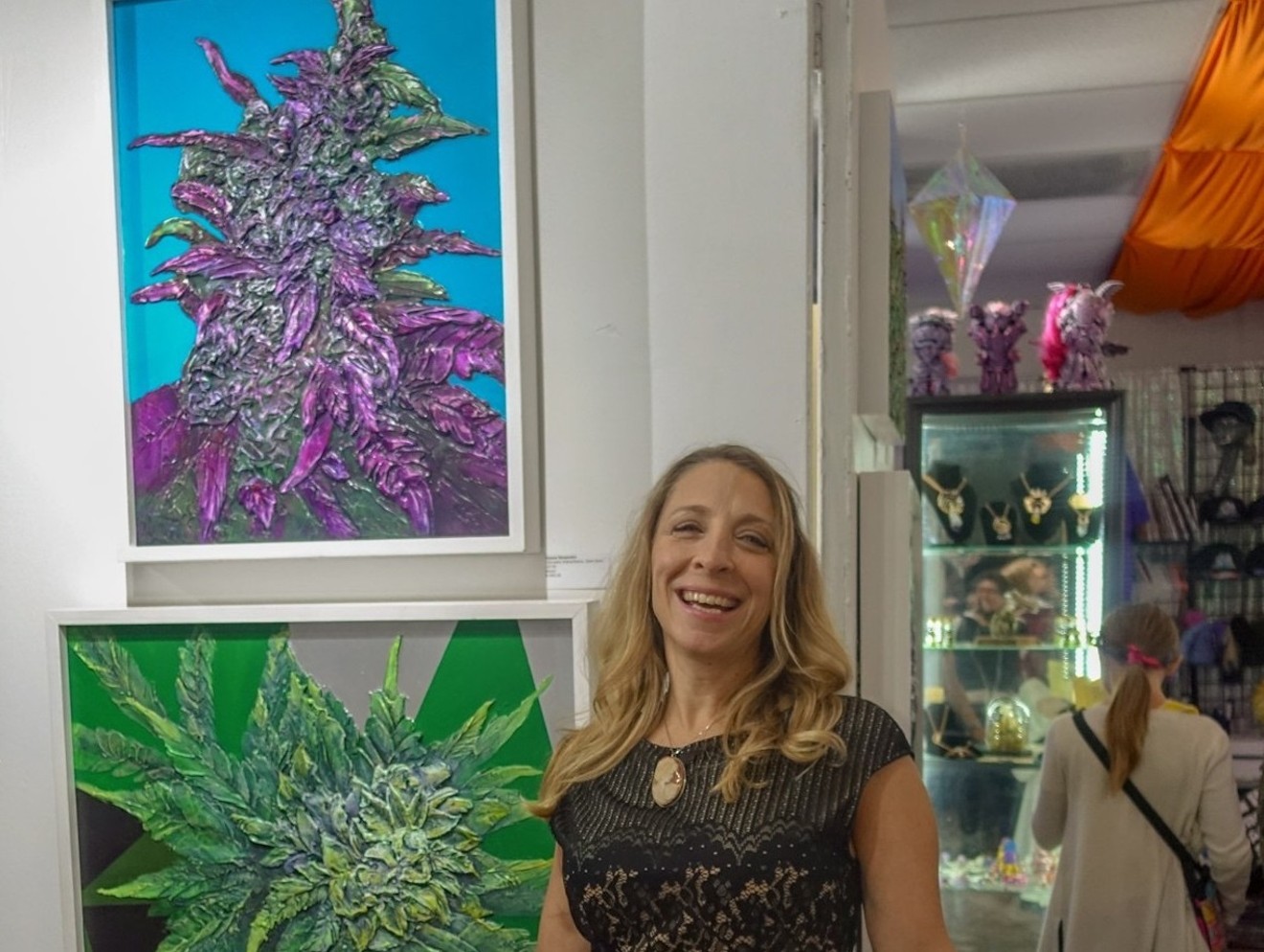 Alyssa Serpentini has shown her cannabis art in Denver and is taking her talents to Miami soon. Courtesy of Alyssa Serpentini
When Alyssa Serpentini moved to Colorado twenty years ago, she didn't just find a new home. She also found a new passion, establishing herself as an artist and sculptor by breaking cannabis stereotypes through an artistic medium.

“My goal was to show art in a different way,” Serpentini says. “Creating cannabis art that’s layered, lush and rich in colors makes it different than what you’re used to seeing. It’s different than seeing cannabis depicted in a psychedelic style, like most people imagine it.”

Through landscape painting, Serpentini portrays cannabis in both a vivid and traditional setting, using standard acrylics, tints and glazing to showcase the plant in similar fashion to pine trees, wildflowers and other vegetation more commonly embraced by artists.

Even in Colorado, she knows this is a tough sell. "These things take time, and the idea is going to take a while,” she admits. “Hopefully, there will be a day when no one bats an eye when they see a cannabis painting in a bedroom or kitchen.”

According to Serpentini, she showcases cannabis alongside paintings of poppies to further normalize cannabis in the world of plant art in hopes of starting a broader conversation about marijuana use. With a recent art show at Spectra Art Space highlighting her cannabis pieces, the Park County artist is slowly establishing her concept.

Serpentini's work was recently shown at Spectra Art Space.
Courtesy of Alyssa Serpentini
“I wanted cannabis to be looked at with other things,” she explains, “so it can someday be in a normal gallery, where you usually don’t see cannabis. Other states still see cannabis as a bit of a shock value, so showing it in other places where cannabis isn’t as normal would be a great step to making it less taboo to talk about.”

Serpentini’s work incorporates hemp products, as well; she mixes her modeling compound with powdered hemp for environmental purposes. Her sculptures and paintings take up to two or three months to finish, especially if there are multiple colors to blend onto a canvas.

“I’m not sure what to call my type of art. It could be pop art, botanical or contemporary, maybe. But I just want it to send a message to people that cannabis is okay to talk about,” she says. “With representing cannabis in the same way as landscape art, people who are normally against cannabis [could] look at it in a whole different way.”

Serpentini and her cannabis art will be be going to Miami to host another art show in the near future, she says.
KEEP WESTWORD FREE... Since we started Westword, it has been defined as the free, independent voice of Denver, and we'd like to keep it that way. With local media under siege, it's more important than ever for us to rally support behind funding our local journalism. You can help by participating in our "I Support" program, allowing us to keep offering readers access to our incisive coverage of local news, food and culture with no paywalls.
Make a one-time donation today for as little as $1.