Ask a Stoner: How Do You Store Pot Butter?

Dear Stoner: Just made some pot butter, but I have too much. How long does this stuff last?
Chopped

Dear Chopped: Regular butter should last anywhere from six to nine months in the fridge if sealed, according to eatbydate.com, but that shelf life is extremely reduced after you cook it, infuse it with cannabinoids and refrigerate it again. Once infused, pot butter lasts only a few weeks in the fridge; I wouldn't feel safe cooking with it or eating it after a month. If you store that pot butter in something airtight and throw it in the freezer, though, it should last around six months. 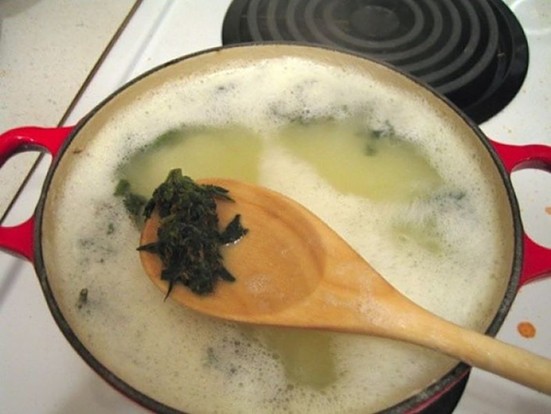 Westword
If your top priority is shelf life when making infused foods, I suggest you make infused cooking oil instead of butter. Canola oil can last even longer than the two years recommend on the label if stored away from heat and light, and olive oil can last for a few months after the bottle is opened. It doesn't look as pretty as that green, stanky butter, but oil can substitute for it in most recipes, and you should be able to store any extra for a longer time.