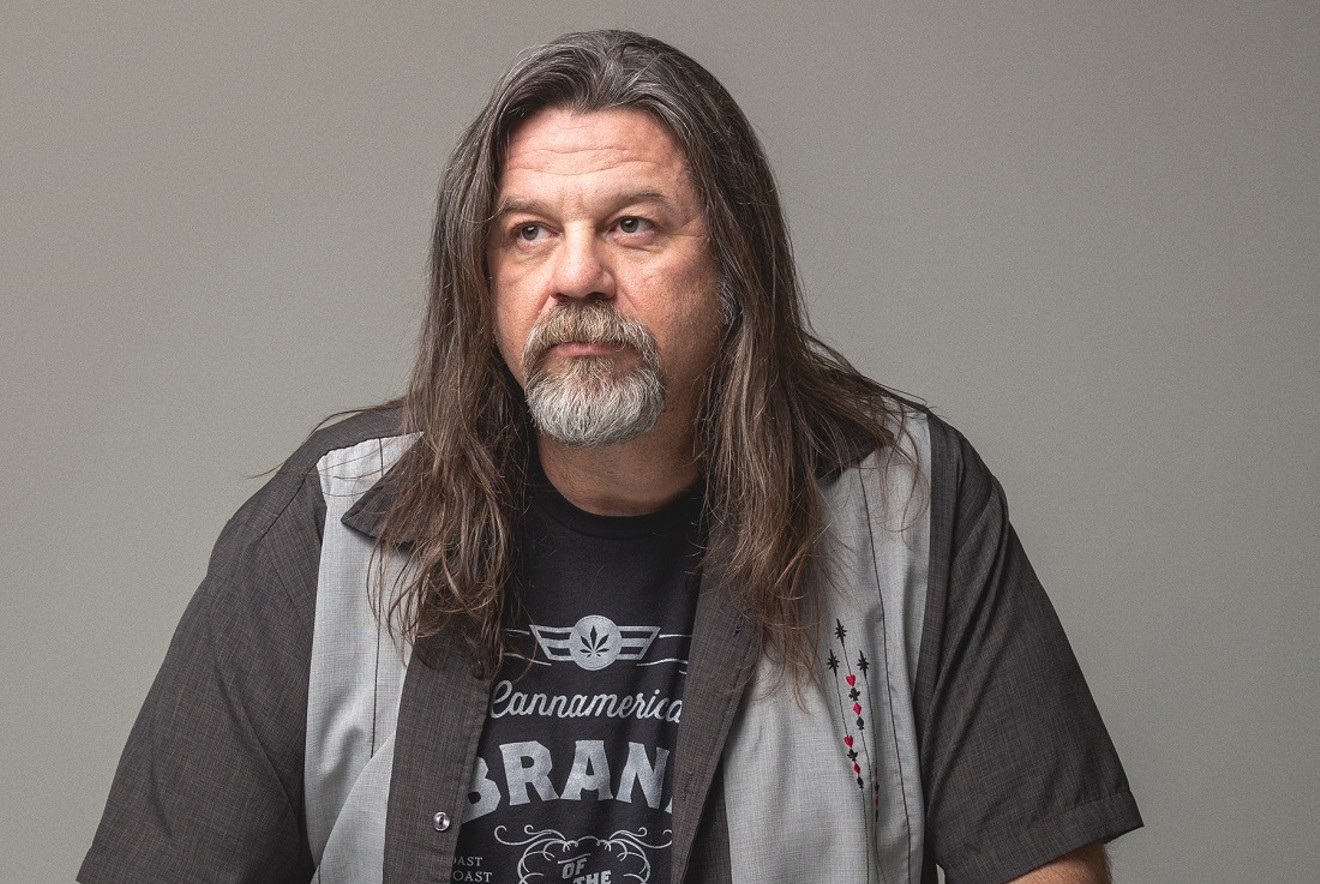 Dan Anglin was a U.S. Marine, government lobbyist and early marijuana entrepreneur. Courtesy of Grasslands
Dan Anglin left too early, but he led one interesting life while he was here.

A former lobbyist and one of Colorado's early business owners in the marijuana edibles space, Anglin passed away on June 12 after suffering a heart attack days earlier, according to his wife, Diana. He was 52.

A Denver native, Anglin joined the United States Marine Corps after high school and served in Desert Storm. He attended the University of Arizona after serving in the military, and began pursuing a career in public policy, working in various roles for the Arizona and Colorado state legislatures. Anglin then transitioned to government affairs jobs, which is how he found a path toward edibles.

Anglin made a name for himself at the State Capitol working on the Colorado Legislative Council and then as a lobbyist for the Colorado Association of Commerce. He founded his own public affairs firm in 2011, and eventually contracted with EdiPure, a now-defunct marijuana edibles company, to lobby on behalf of the edibles sector. At the time, state lawmakers were considering an outright ban on marijuana-infused products in Colorado's medical marijuana market. Anglin, one of the few conservative lobbyists working on behalf of the marijuana industry at the time, played a part in making sure that didn't happen.

"I was successful in preventing an unconstitutional ban on cannabis products, and the founder of EdiPure offered me an ownership position in the company, and I haven’t looked back," Anglin said in a 2019 interview with Westword. "I was concerned for my future when I accepted the offer, but as a lifelong consumer of cannabis, I finally found something to give my work meaning. It was, personally, the most frightening leap I’ve ever taken, and I regret nothing."

After joining EdiPure in 2013, Anglin gained enough confidence in edibles to start his own company. In 2015, he launched AmeriCanna, an infused-product manufacturing company, before rebranding it as CannAmerica Brands. CannAmerica was an early adopter of licensing technology and reaching out to  companies in states new to commercial marijuana, and was one of the country's first publicly traded marijuana businesses.

Anglin was a former client of Ricardo Baca's public relations firm, Grasslands. Baca, who first met Anglin while working as the Denver Post's cannabis editor, remembers him fondly as a spokesman for both marijuana and the armed forces.

"Dan was a one-of-a-kind guy, with a drive that was infectious and ideas to spare. When I was writing about cannabis for The Post, Dan marched into the lobby one day and reamed me out because our copy desk had used a dated EdiPure photo, and he was concerned state regulators would think he was selling cannabis edibles in non-compliant packaging," Baca remembers. "When Dan's next cannabis brand, CannAmerica, signed with my agency, Grasslands, a few years later, I grew to better understand his passion — and his pride. Dan loved talking about proudly serving his country, and my colleagues and I loved positioning him as a thoughtful spokesperson who could talk to the complexities of the U.S. Armed Forces and how they've failed so many cannabis-aligned veterans."

A fundraising campaign has been created to help the family pay for Dan's medical expenses, according to Diana Anglin.

"Dan was honored to serve in any capacity he could to further the cannabis industry," she says. "He worked with great people who inspired him in difficult times and brought him joy in good times."

Dan is survived by Diana, 52, his sons Jagger Kortegast, 29, and Kyuss Anglin, 23, and daughter-in-law Ashley Anglin, 23.
KEEP WESTWORD FREE... Since we started Westword, it has been defined as the free, independent voice of Denver, and we'd like to keep it that way. With local media under siege, it's more important than ever for us to rally support behind funding our local journalism. You can help by participating in our "I Support" program, allowing us to keep offering readers access to our incisive coverage of local news, food and culture with no paywalls.
Make a one-time donation today for as little as $1.