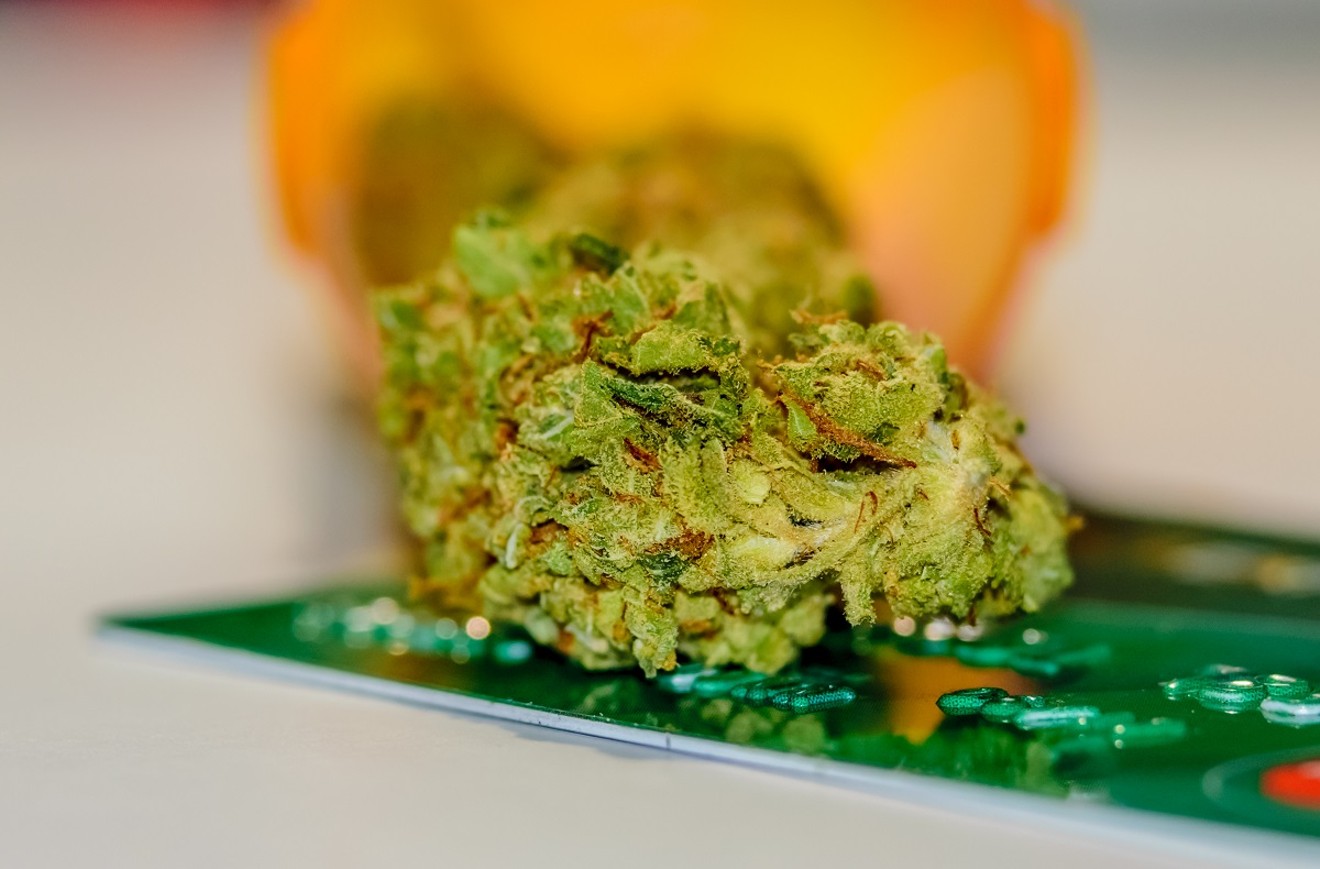 Legal marijuana and financial services, including credit cards, still have a strained relationship. Robert Dunn /Shutterstock
Banking and general financial services have been a great white whale for the cannabis industry, as financial institutions continue to be wary of the plant's illegal status with the feds. But a recent settlement between a Colorado credit union and the Federal Reserve Bank of Kansas City may help reel in a solution.

In a letter sent to Fourth Corner Credit Union on February 2, the Federal Reserve Bank agreed to give the Denver-based credit union a master account, which is necessary for such bank-to-bank relations as cashing checks and transferring money. Fourth Corner had sued the Federal Reserve in 2015 over its refusal to issue the credit union an account and lost in district court, but that decision was overturned in June 2017 by the Tenth Circuit Court of Appeals.

That still left the question of whether the Federal Reserve would follow the Tenth Circuit ruling or attempt to take the case to the United States Supreme Court, but those concerns were put to rest by the Federal Reserve Bank of Kansas City letter, which references the Tenth Circuit decision. That doesn't mean Fourth Corner can start servicing dispensaries and grows immediately, however. The account will only be issued if certain stipulations are met, according to the Fed:
The credit union was issued a state charter after it began operations in 2014 by the Colorado Division of Financial Services and got a nod from Governor John Hickenlooper for its goal of easing the banking crunch for cannabis businesses, but there are still obstacles ahead. The Federal Reserve Bank's letter stipulates that Fourth Corner cannot provide financial services to marijuana-related businesses until doing so is legal federally. Which means the plant would have to be legal.

According to Fourth Corner CEO Deirdra O'Gorman, however, the term "marijuana-related businesses" in the letter applies to licensed marijuana businesses that directly touch the plant, and not ancillary businesses such as security, packaging, technology and consulting companies that service other marijuana businesses. O'Gorman says that ancillary businesses originally accounted for around 75 percent of Fourth Corner's business model, so she's excited at the prospect of getting the credit union up and running — but there's still at least one more hurdle.

The third stipulation from the Federal Reserve Bank requiring Fourth Corner to obtain share deposit insurance is a standard requirement for any credit union hoping to operate with a federal account, but Fourth Corner was rejected by the National Credit Union Administration in its last attempt to get share deposit insurance. Fourth Corner is currently suing the NCUA in federal district court to overturn that decision. The other option outlined by the Federal Reserve, obtaining private insurance, isn't allowed in the state of Colorado.

"We'd like to be treated like any other credit union," O'Gorman says. "But I'm optimistic. We have good working relations with the DFS, and we've done everything we can to prove our business concept. But we'll just have to wait and see." O'Gorman says her team's next move is meeting with various state regulators and the DFS to begin creating a timeline for Fourth Corner to begin operations.