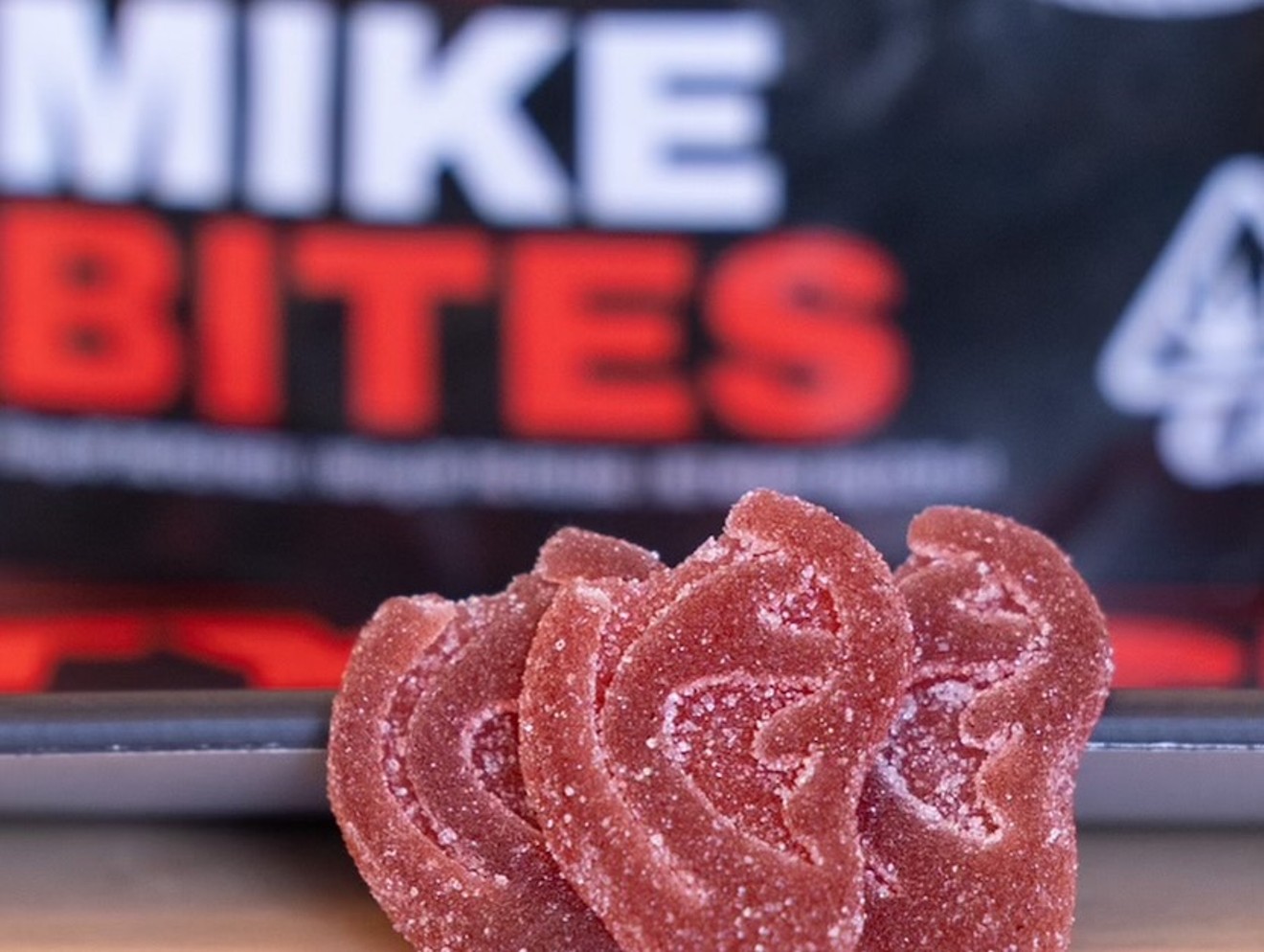 Mike's Bites are THC-infused gummies in the shape of Evander Holyfield's bitten ear. Courtesy of Tyson 2.0
Mike Tyson's ear-shaped weed gummies won't be coming to Colorado, but not for lack of trying.

When the former heavyweight boxing champion's new THC-infused edibles, which are shaped like ears with a morsel taken out at the top, hit social media last month, we thought they were too good to be true.

But Tyson's commercial marijuana brand, Tyson 2.0, confirmed that the infused gummy ears are real, and are currently sold in California. An homage to Tyson biting flesh off of Evander Holyfield's ear during a 1997 title bout, Mike Bites will be moving into more states this year as well, according to Tyson 2.0. But in Colorado, they'll need to do some shape-shifting.

A 2016 state law prohibits marijuana edibles from being shaped like humans, animals, fruit or other objects that could attract children, and according to the Colorado Marijuana Enforcement Division, Holyfield's chomped ear is just too damn attractive. The vegan, ear-shaped edibles are "directly applicable" to the law banning human body part shapes, according to MED communications director Shannon Gray.

Because of that law, Mike Bites will be manufactured in the shape of a "T" in Colorado, according to Tyson 2.0. The gummies are expected to be in Colorado recreational dispensaries before the end of the summer, a company spokeswoman adds.

Holyfield isn't receiving a chunk of the profits from Mike Bites, according to a March interview with Tyson 2.0's CEO. He hasn't commented publicly on the edibles, but we assume he's demanding a profit percentage equal to the surface area that Tyson's teeth ripped off in the third round.
KEEP WESTWORD FREE... Since we started Westword, it has been defined as the free, independent voice of Denver, and we'd like to keep it that way. With local media under siege, it's more important than ever for us to rally support behind funding our local journalism. You can help by participating in our "I Support" program, allowing us to keep offering readers access to our incisive coverage of local news, food and culture with no paywalls.
Make a one-time donation today for as little as $1.