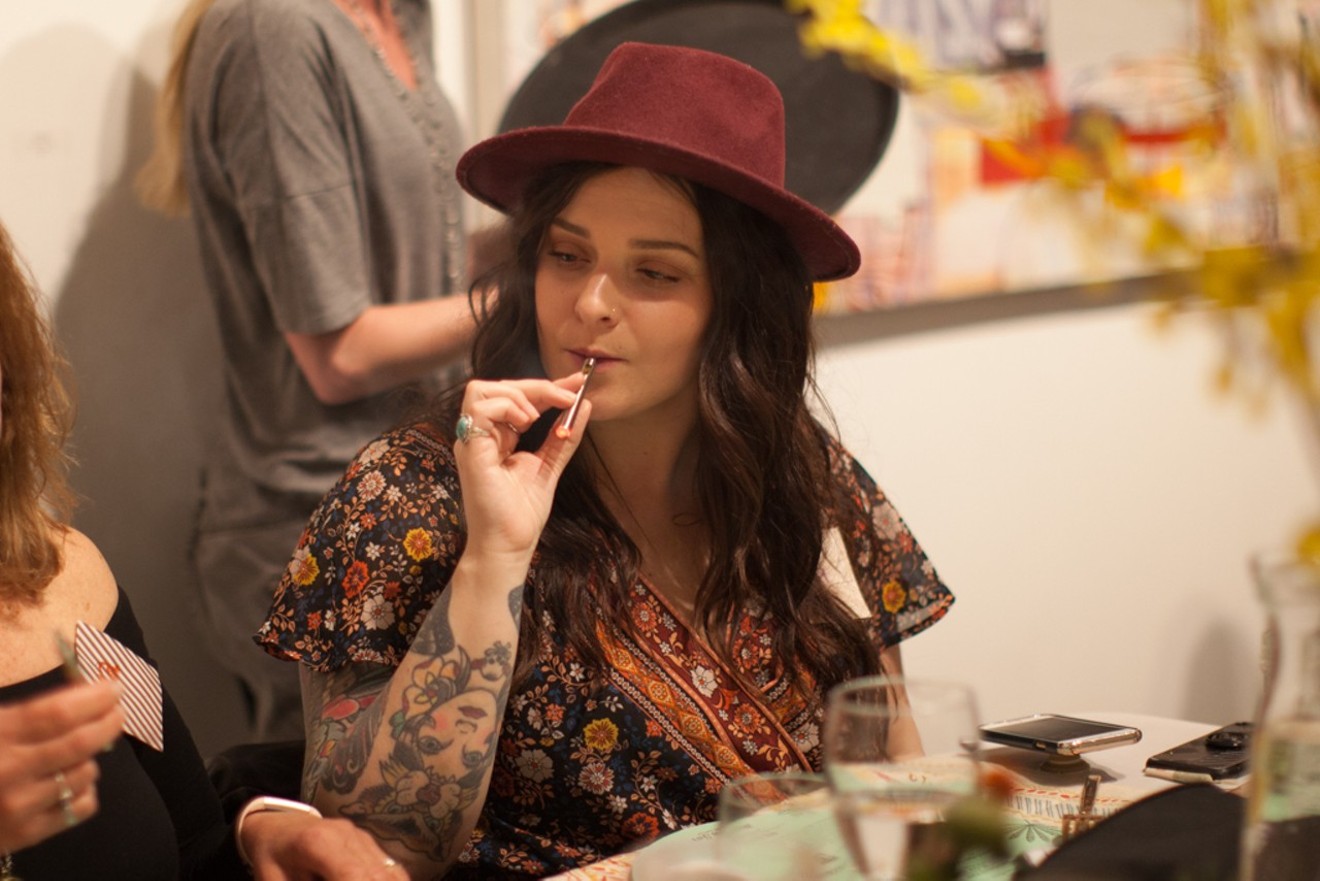 Vaping has been linked to nearly 1,300 illnesses across the country. Jacqueline Collins
The recent outbreak of lung illnesses connected to THC vaporization products is pushing the Colorado Marijuana Enforcement Division to implement new regulations that could include the prohibition of certain vaping additives in the regulated marketplace.

New rules banning the production and sale of cannabis vape products containing polyethylene glycol (PEG), vitamin E acetate and medium chain triglycerides (MCT oil) were proposed by the MED on October 7, according to the agency, with the proposed rules up for public discussion on Tuesday, October 15.

The proposed regulations also include additional labeling requirements for concentrates or products intended to be inhaled through a vaporizer or metered dose inhaler, according to MED rule-making documents, mandating that vaping additives be listed on the label, which would also be required to include the statement “Not approved by the FDA.”

Although most members of the pot industry expect the ban to be approved, MED spokesperson Shannon Gray notes, "These are proposed rules, which are not in effect until adopted and signed by the State Licensing Authority."

After weeks of reports of lung illnesses suffered by consumers of nicotine and THC oil vaping products, public health officials face more pressure to react — but a definitive cause of the problems hasn't been identified. On Friday, October 11, Centers for Disease Control and Prevention Deputy Director Anne Schuchat announced that 1,299 cases across the country, 26 of them ending in death, have been linked to vaping since the outbreak began, but health officials continue to look for exactly which chemicals or devices are leading to the health issues.

Most of the deaths and hospital visits are linked to THC vaping products obtained on the black market, made with the additives in the MED's crosshairs as well as toxic pesticides and other harmful chemicals. As of October 2, nine reported hospitalizations in Colorado have been linked to vaping, with some patients reporting THC use and others citing nicotine. While the vast majority of hospitalizations for THC products have been linked to black-market cartridges with traces of harmful pesticides and additives, at least one death was reportedly connected to a legal product purchased from a dispensary in Oregon.

The chemicals banned by the MED haven't been explicitly fingered as the culprits, but some cannabis business owners and health officials aren't waiting until they are. In late September, Medicine Man dispensaries announced that its stores would no longer sell pre-filled vape cartridges containing vitamin E or PEG. The dispensary chain's parent company, Medicine Man Technologies, was a leading force pushing the MED's proposed ban.

"That's just a start. It's a good start, but they should also ban propylene glycol and vegetable glycerin," says MMT chemistry director Dr. Tyrell Towle. "They're not necessary to be used with cannabis for vaporization. You can create products for vaporization that don't have these additives."

According to Towle, the Colorado Department of Public Health and Environment's cannabis science and policy work group — which comprises public health officials and industry stakeholders — had been trying to define potentially dangerous vaping additives and ingredients over a year ago, but "it wasn't as pressing at the time, and there was a lot of pushback from industry members who still used some of those ingredients," he notes.

"We can always bring them back if we can get the research funding and do eventually find out these are safe, although I doubt they are," Towle adds.

The proposed vaping restrictions are part of a much larger set of new regulations that have been part of MED rulemaking throughout the summer and fall, including requirements for social consumption business licenses and dispensary delivery services.
KEEP WESTWORD FREE... Since we started Westword, it has been defined as the free, independent voice of Denver, and we'd like to keep it that way. With local media under siege, it's more important than ever for us to rally support behind funding our local journalism. You can help by participating in our "I Support" program, allowing us to keep offering readers access to our incisive coverage of local news, food and culture with no paywalls.
Make a one-time donation today for as little as $1.