Silver Stem Fine Cannabis, a Colorado dispensary chain with a location in Littleton. Scott Lentz
Marijuana victories in the 2020 election didn't end with the plant's sweep of the five states voting on recreational and medical legalization. A number of towns in Colorado had ballot measures asking residents if recreational marijuana sales should be allowed there.

Colorado state law gives local governments the right to prohibit or allow any medical or recreational marijuana business, and the majority of municipalities still ban commercial pot. However, unofficial results from the November 3 election indicate that the allure of tax revenue and economic growth was strong enough to win over voters in at least four towns — three of them located in the Denver area, and the fourth popular among campers.

Here are some of the spots going to pot:


Just under 66 percent of Lakewood's voters approved an ordinance allowing existing medical marijuana businesses and new pot stores and growing operations to apply for recreational licenses, according to unofficial results from Jefferson County that show 99 percent of ballots have been counted.

The same group pushing recreational marijuana in Lakewood spearheaded a campaign in Littleton. Littleton City Council will be responsible for crafting local regulations — but unlike Lakewood's measure, the Littleton ordinance will only allow the town's three current medical marijuana dispensaries to apply for recreational sales.


Littleton's unofficial results currently show that 65 percent of voters have approved the ordinance. 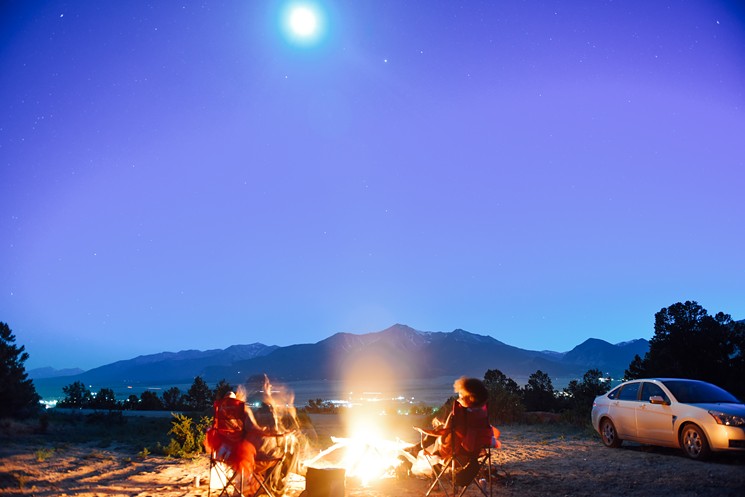 Earlier this year, the Broomfield City Council decided to let a moratorium banning recreational marijuana dispensaries and grows expire. However, for businesses to operate, the town must have a tax system in place — and under the Colorado Taxpayer Bill of Rights, the new sales tax had to be approved by Broomfield voters.


With more than 90 percent of the ballots counted, unofficial results from the City and County of Broomfield show that over 58.5 percent of voters approved the sales tax, a 4 percent rate on recreational pot products. (Because of an error in the ballot measure's language that incorrectly predicted the maximum amount of tax revenue that retail marijuana sales would earn, the actual tax revenue haul will be capped at $2.2 million annually during the first fiscal year of sales.)


Buena Vista only allows medical marijuana sales right now, with one dispensary currently in operation, but the Buena Vista Town Board of Trustees became interested in revisiting the issue as a way to gain more tax revenue, and put recreational marijuana on the ballot.

According to unofficial results from Chaffee County (where over 90 percent of votes have been counted so far), just over 55 percent of Buena Vista voters have approved an ordinance that would allow recreational marijuana sales in the popular destination town. A separate local ballot initiative concerning a proposed marijuana sales tax was more successful, gaining almost 66 percent of the vote; estimates predict the town would see about $125,000 in extra annual revenue from the 5 percent retail pot-sales tax.
KEEP WESTWORD FREE... Since we started Westword, it has been defined as the free, independent voice of Denver, and we'd like to keep it that way. With local media under siege, it's more important than ever for us to rally support behind funding our local journalism. You can help by participating in our "I Support" program, allowing us to keep offering readers access to our incisive coverage of local news, food and culture with no paywalls.
Make a one-time donation today for as little as $1.