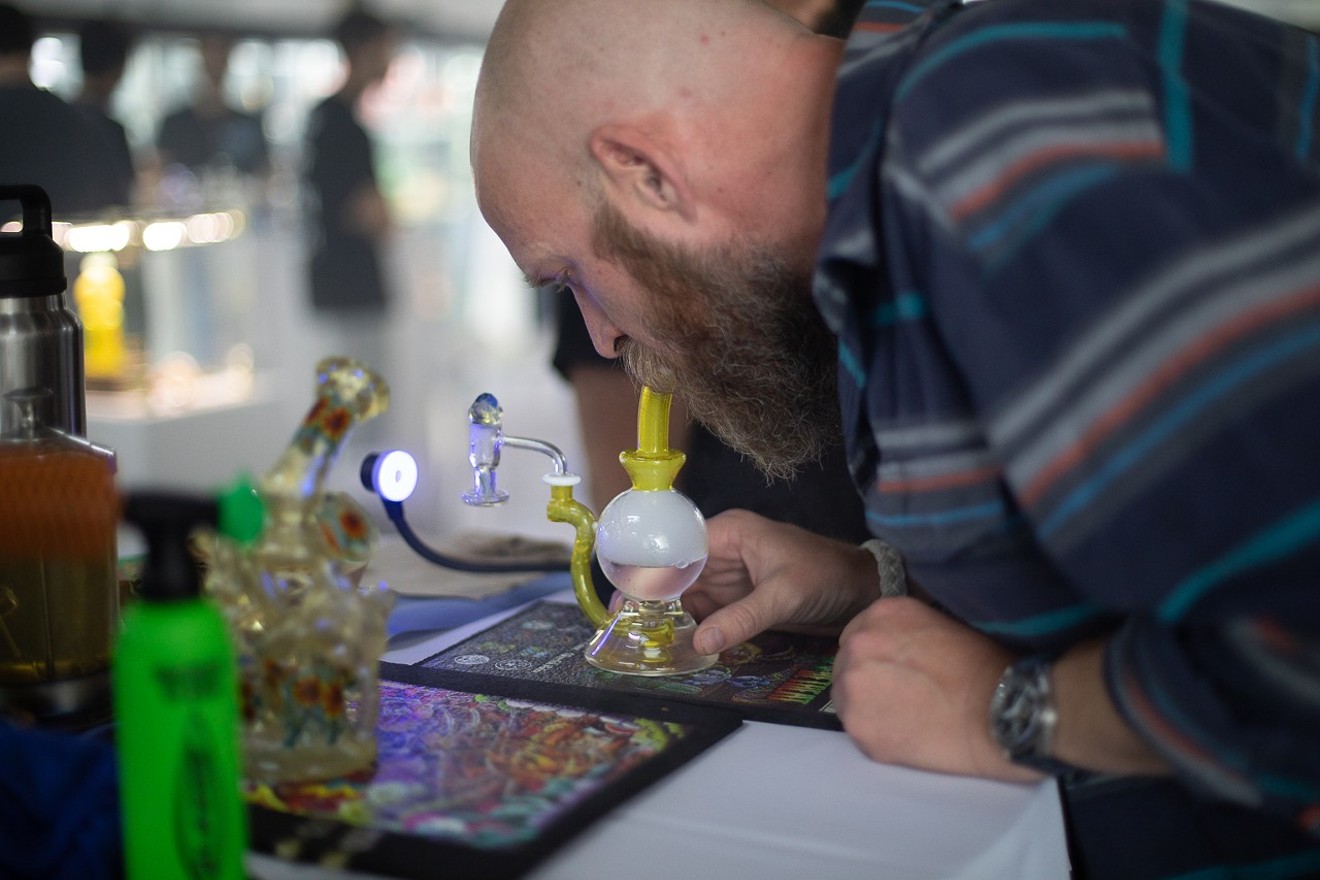 The tour company still has several more requirements to meet before its marijuana-friendly vehicles can hit the road, but at least Colorado Cannabis Tours is coming close to being able to host pot-friendly classes and parties at its headquarters, according to founder Michael Eymer.

Colorado Cannabis Tours was founded over a decade ago, and from the beginning specialized in taking customers on tours of dispensaries, marijuana cultivations, extraction facilities, hemp farms and breweries, as well as hosting painting and cooking classes. But since 2018, Eymer says, he hasn't allowed any pot consumption within Denver city limits.

The company originally operated under a state law that allowed pot use in the back of private, registered limousines or buses. But soon after recreational sales started in January 2014, Denver officials disputed that business model, and the Denver Police Department cracked down on unlicensed mobile marijuana lounges. After operating a pot-friendly establishment and vehicle dispatch out of a warehouse in Adams County for several years, Eymer decided to come back to Denver and apply under the city's new marijuana hospitality program.

"We're still bootstrapped without money behind us, and there's still a recession going on," Eymer says. "The city does really seem to be working with me, though, and there seems to be a light at the end of the tunnel here."

Denver's marijuana hospitality program didn't permit mobile licenses until 2021, when it followed the state Marijuana Enforcement Division's lead in creating that category. Eymer secured his MED mobile hospitality permit in April, and subsequently applied for mobile and establishment marijuana hospitality permits. Once he has all the proper licenses, he plans to operate tour vehicles out of Colorado Cannabis Tours headquarters at 1910 South Cherokee Street, while also hosting pot-friendly classes and events there.

Eymer is still awaiting a decision on his mobile pot hospitality application, which includes a limo and one sprinter van, according to the Denver Department of Excise and Licenses. If approved, Colorado Cannabis Tours would hold Denver's first mobile marijuana consumption permit.

Meanwhile, an establishment license for Colorado Cannabis Tours headquarters was approved by Excise and Licenses on September 23, putting Eymer closer to the finish line for again offering classes and events. He's still got a few hoops to jump through, though.

Permit approval from the city doesn't guarantee a quick opening. Tetra Lounge's marijuana hospitality license was approved in March by Excise and Licenses, but the RiNo pot lounge still hasn't opened. According to Excise and Licenses, the approval was "tentative," and Tetra must complete certain building and site plan requirements before the license is actually issued.

Eymer says that while he must add an office and bathrooms that are compliant with the Americans With Disabilities Act to the Colorado Cannabis Tours home base, the biggest obstacle will be indoor smoke filtration, a mandated feature of indoor marijuana lounges. The HVAC units needed to comply with Denver's indoor smoking standards are "extremely cost-burdensome," Eymer says, adding that he hopes he can allow outdoor smoking and vaping inside a tent attached to the building's garage.

"I'm going to try to get licensed with that [tent] for outdoor use first, and then build the HVAC system to begin smoking inside. That will ,at least, allow my guests to bring their own cannabis again," he explains.

Eymer hasn't run his tent idea past the city, but says he could open as an outdoor pot lounge as early as November if the plan is allowed. If he can't use the tent for marijuana, he says he's "probably looking at the beginning of the year" for an indoor opening.
KEEP WESTWORD FREE... Since we started Westword, it has been defined as the free, independent voice of Denver, and we'd like to keep it that way. With local media under siege, it's more important than ever for us to rally support behind funding our local journalism. You can help by participating in our "I Support" program, allowing us to keep offering readers access to our incisive coverage of local news, food and culture with no paywalls.
Make a one-time donation today for as little as $1.