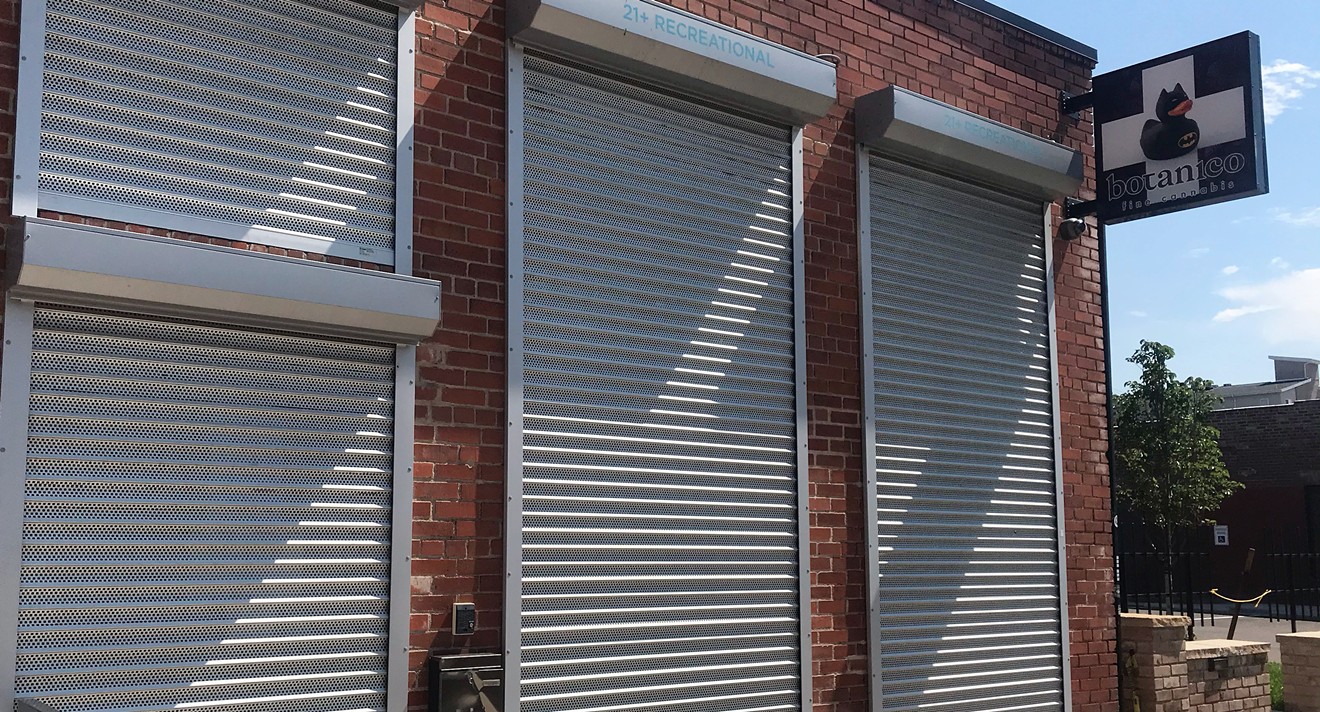 Botanico's recreational dispensary in Denver's RiNo neighborhood has been closed since July 22. Thomas Mitchell
The two Botanico dispensaries in Denver are currently closed, with notices of license suspension served on both locations by the state Marijuana Enforcement Division.

The suspension notices for the Botanico stores at 3054 Larimer Street and 777 Canosa Court (which opened in July after the company acquired the Pando dispensary at that address) were served on July 22, according to the MED; they reference "alleged violations" of state medical and retail marijuana codes. The MED declined to comment on the suspension, citing an active investigation.

Botanico owner Ben Perrone says he can't comment on the investigation at this time, either. While an Instagram account for the Botanico dispensaries says that the stores are temporarily closed, neither Botanico's social media pages nor its website mention the current MED suspension. 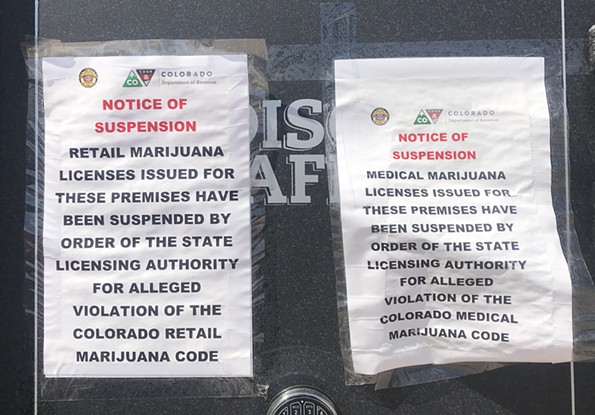 Suspension orders from the MED, seen here at Botanico's store at 777 Canosa Court, are posted at both dispensaries.
Thomas Mitchell
Although Botanico is the subject of a state MED investigation, Denver licensing regulators aren't actively pursuing the company, according to Denver Excise and Licenses communication director Eric Escudero. He says that Excise and Licenses "has no involvement" with enforcement against Botanico, adding that there's "no pending administrative action by Denver" against the company.

According to the Denver Police Department, it has no role in the enforcement action against Botanico. But it's now involved with the company in another way: Perrone says that Botanico 2, on Canosa Court, was burglarized at some point between late August 3 and early August 4, and reported it to police. The DPD is investigating.

Update: This story was updated on August 4, when the reported burglary was added.
KEEP WESTWORD FREE... Since we started Westword, it has been defined as the free, independent voice of Denver, and we'd like to keep it that way. With local media under siege, it's more important than ever for us to rally support behind funding our local journalism. You can help by participating in our "I Support" program, allowing us to keep offering readers access to our incisive coverage of local news, food and culture with no paywalls.
Make a one-time donation today for as little as $1.